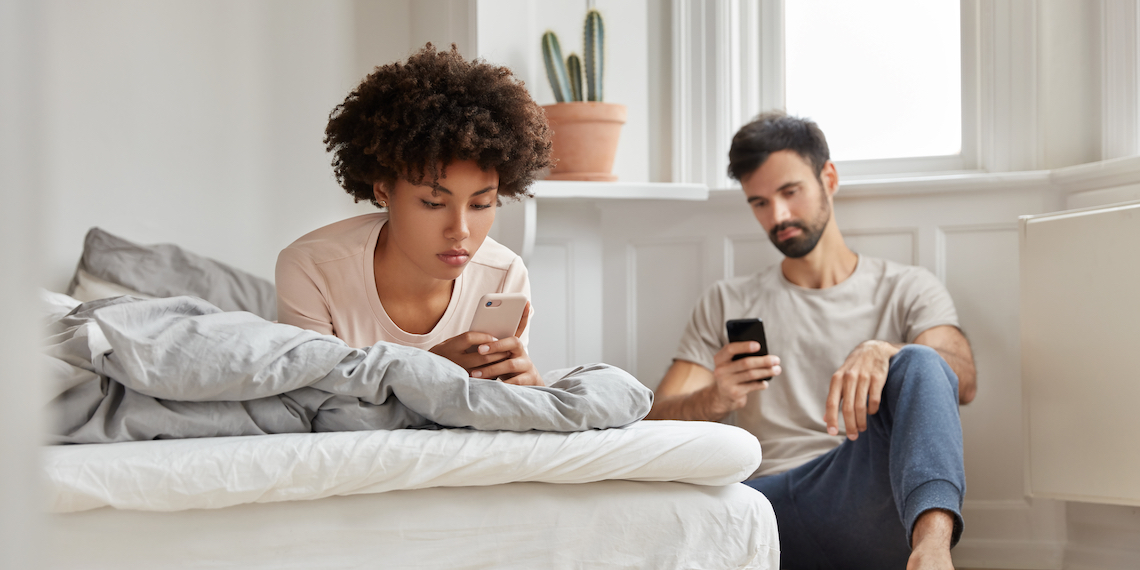 4 Warning Signs You Should Not Move In With Your Boyfriend

When I first started giving dating advice, I was in a new relationship and truly thought I was the sh*t. I was confidently calling out red flags and commenting “DUMP HIM HONEY!!!” on every r/relationships thread I could find. If everyone else’s boyfriends weren’t as good as mine, I figured, they shouldn’t settle for less. Two years later, I still kind of feel that way—but I’ve also come to understand a whole new world of relationship problems (especially once you move in together) that I’d been too quick to dismiss as dealbreakers before.

Mostly, this is due to the fact that I’ve been living with my boyfriend for nine months, a development that often leads to fights I couldn’t have imagined myself having two years ago. Last week alone, I fought with my boyfriend about both our WiFi password and how we store our towels. It’s nuts. We’re also closer than ever (thanks for asking), and I can honestly say I have a better understanding of what it takes to make a relationship work long-term. So basically, this is all to say: now that my advice is even more flawless than it was before, here’s a rundown of the warning signs you shouldn’t ignore if you’re thinking about moving in together.

He Doesn’t Remember Things You Tell Him

This is the number one most important thing in a roommate. They need to be conscientious and reliable—if you ask them to take care of something in the apartment, they have to remember it. For the sake of your sanity, they also have to remember it without you reminding them 6-8 more times. If your boyfriend is the kind of guy who conveniently “forgets” every time you ask him to do something more than five seconds into the future, or every time you have a conversation about behavior of his that bothers you, he is going to be a sh*tty roommate. Frankly, it sounds like he’s a sh*tty boyfriend too. But this is a trait that could be a mild annoyance in a boyfriend, but it becomes a major, non-negotiable issue when you’re sharing a living space.

He doesn’t have to be best friends with your friends—sadly, that only seems to happen on Vanderpump Rules. But if he’s said to your face that he doesn’t like your friends, acts unpleasant around them, or discourages you from hanging out with them, those are all major red flags. It’s fine for him to have an opinion (kind of), but he shouldn’t think that opinion entitles him to exert control over your social life. For one, he shouldn’t be rude enough to insult people you like, but the key issue here is that he should not be showing classic signs of manipulation, and testing the limits of how much you’ll cut out your friends to preserve the relationship. You cannot move in with a guy like that, or his efforts to isolate you will only scale up. Honestly, just break up now if you are seeing those signs.

You Can’t Pee In Front Of Him

I want to clarify that it’s perfectly okay, even 10 years into your relationship, to be the kind of person who always prefers a closed bathroom door. I am largely in that school of thought myself. What’s a dealbreaker, in this case, is if you felt you couldn’t pee in front of your boyfriend, even in some sort of fictional scenario where you’re trapped in the woods and waiting for a circling bear to leave. If the idea of your boyfriend seeing or hearing you pee makes your skin crawl, or makes you genuinely worry about how it would affect the state of the relationship, please don’t move in together. Certainly, don’t move in together in NYC, where the average square footage of available real estate will ensure that your boyfriend hears you pee every single day. But even if you’re rich (or Midwestern), know that moving in with someone will erase some boundaries you have now. You will have less privacy than ever before, and feel incredibly naked and incredibly seen by your boyfriend.

So, if he’s a guy who has some weird obsession with “keeping the mystery alive,” or would otherwise make you feel uncomfortable for doing something human in front of him—don’t do it. You will do something human, embarrassing, and never-before-seen in your relationship within the first month of living together. If you know your relationship won’t survive it, that’s your answer.

He Refuses To Talk About Money

This is how I flirt @michaelsvetich

Yes, this is on every list about moving in together, but that’s because it is the most important. To be clear, I don’t care whether your boyfriend has been paying for your entire lifestyle and is offering to do the same with an apartment—that’s equally, if not more of, a red flag as a guy who doesn’t pay for anything. If they’re not willing to openly discuss their financial situation, and set clear expectations for what each of you will contribute going forward, you cannot move in with them. In the case of the guy paying for everything, you could suddenly find yourself homeless. In the case of the guy paying for nothing, you could suddenly find yourself with a squatter who refuses to leave your apartment even when you break up with him. And either situation will be a lot harder to get out of if you don’t have it in writing somewhere (even iMessage) what the guidelines of your living arrangement are.

That’s it from me! Please comment with your worst moving-in-with-a-boyfriend stories below.