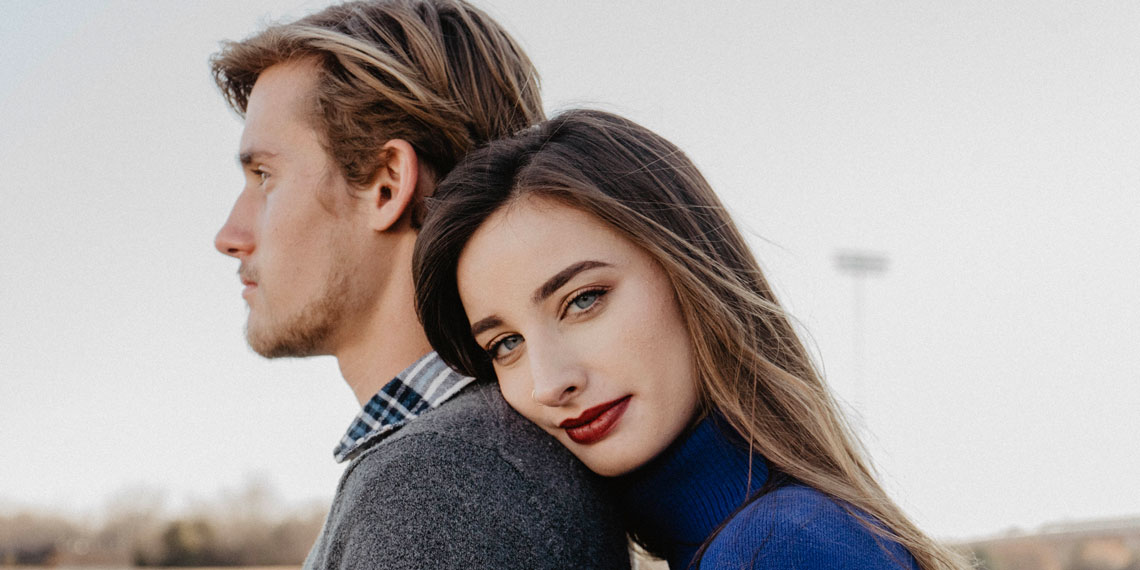 3 Signs His Female Friend Is Sabotaging Your Relationship

I can already anticipate all the backlash to this article (I announce to my three readers). People of different genders can be friends without being attracted to each other, When Harry Met Sally set us all back decades, blah blah blah. Ideologically, I want to and kind of do believe all that. But I was also single for basically the entirety of college, better known as the four horniest years of everyone’s life. So, I can tell you with complete confidence that single women competing for male attention are among the most vicious, scheming creatures on this earth. If you are a heterosexual woman in your twenties, it’s pretty much guaranteed that you have at some point toed the line of acceptable behavior with a guy in a relationship. Similarly, you’ve likely felt threatened by a female friend who you suspected would rather see your relationship fall apart.

Then again—purely statistically speaking, definitely not from experience—you’ve probably also ruined, or at least damaged a relationship by being a jealous psycho when nothing was going on. So, from my vast experience, here are the three signs to let you know that a female friend is actually something to worry about. Read on before sending your 50th passive-aggressive text about Karen from work.

1. She Pretends You Don’t Exist

This seems like an obvious one, but you’d be shocked how many well-meaning boyfriends pretend not to notice don’t notice it. Typically, I allow my close friends to go on five dates MAX before I start angling to meet whoever they’re dating. If your boyfriend has a close female friend who shows zero interest in getting to know you, that probably means she’s busy pretending you don’t exist—and encouraging him to do the same. By never asking to meet you, your boyfriend’s “friend” is, at best, undermining your importance in your boyfriend’s life and subtly implying that you won’t stick around long enough to be worth meeting. At worst, she’s implying that it would somehow be awkward or unthinkable for her to meet you—after all, you wouldn’t introduce one girlfriend to the other, right?

Since you can’t exactly tell what’s going on in her head, here are a few warning signs. If she exclusively invites your boyfriend to hang out one-on-one at bars, date-y restaurants, or activities she knows you’re not into, not great. If he has to ask if he can bring you whenever she invites him to a party, not great. And if, when you arrive at a party with him, she pretends you’re not there while treating your boyfriend like they’re the only two people in the room all night, really really not f*cking great. Finally, if you go out of your way to be friendly to her—DESPITE ALL THIS—and she barely acknowledges you? That’s when you walk out.

2. She Touches Him—Like, A Lot

I am not a total psycho. (Well, I kind of am, but that’s not pertinent here.) I understand that friends make physical contact, and I am not suggesting you burn all your boyfriend’s possessions every time you see him give someone a hug. That being said, if you’re reading this article, I assume you have at some point flirted with a man. You know what friendly touching looks like, and you know what flirty touching looks like.

When it comes to this particular issue, I really encourage you to trust your gut. When I was 17, I spent months watching my best friend “playfully” hit my boyfriend’s chest whenever he made a joke. I was told by everyone I knew to “calm down,” and they were just friends. Even the friend in question just pulled the excuse that she “expressed herself physically.” Lo and behold, six months later I find out they’ve been having secret sleepovers. So no, you can’t exactly require that your boyfriend abstains from any physical contact with other human beings. But if you’re watching someone touch your boyfriend in a way that makes you feel sick, pay attention to that feeling.

3. She Sends Him Emotional Drunk Texts

Again, I understand that friends are there to offer each other emotional support. If she tells him intimate things or goes to him for support after a breakup, that’s not necessarily a red flag. But if she texts him highly affectionate or deeply personal things when her inhibitions are lowered (aka she’s drunk AF), it may be a clue into what she wishes their relationship was like. And obviously, if she texts him anything along the lines of “come over,” you need to have a serious conversation about boundaries.

I’m not going to lie—this was a tough article for me to write. Like, had-to-take-a-walk-around-the-block-and-ward-off-a-full-scale-panic-attack tough. I’ve been cheated on, and I’ve also been the other woman (I think—they didn’t mention their girlfriend for the weeks/months we spoke, but it later sure seemed like a girlfriend existed). So while I really do trust my boyfriend, I’ve seen firsthand how a seemingly happy relationship can be sabotaged from the outside. Is it usually a sign of an underlying problem? Sure. But even if it doesn’t go to the point of cheating—if there’s just another woman in his life who consistently forces your boyfriend to choose between her comfort and yours—it can make the strongest relationship feel shaky.

So, if your boyfriend has a female friend who exhibits the above behaviors, I encourage you to talk it out. No ultimatums, no screaming I WILL CUT THAT B*TCH (just me?). An honest conversation about what would make you feel better, and whether those are steps he’s willing to take. If he refuses to even entertain the conversation, or—*gasp*—calls you crazy, then it’s time to consider how much of the problematic dynamic is actually being caused by your boyfriend.