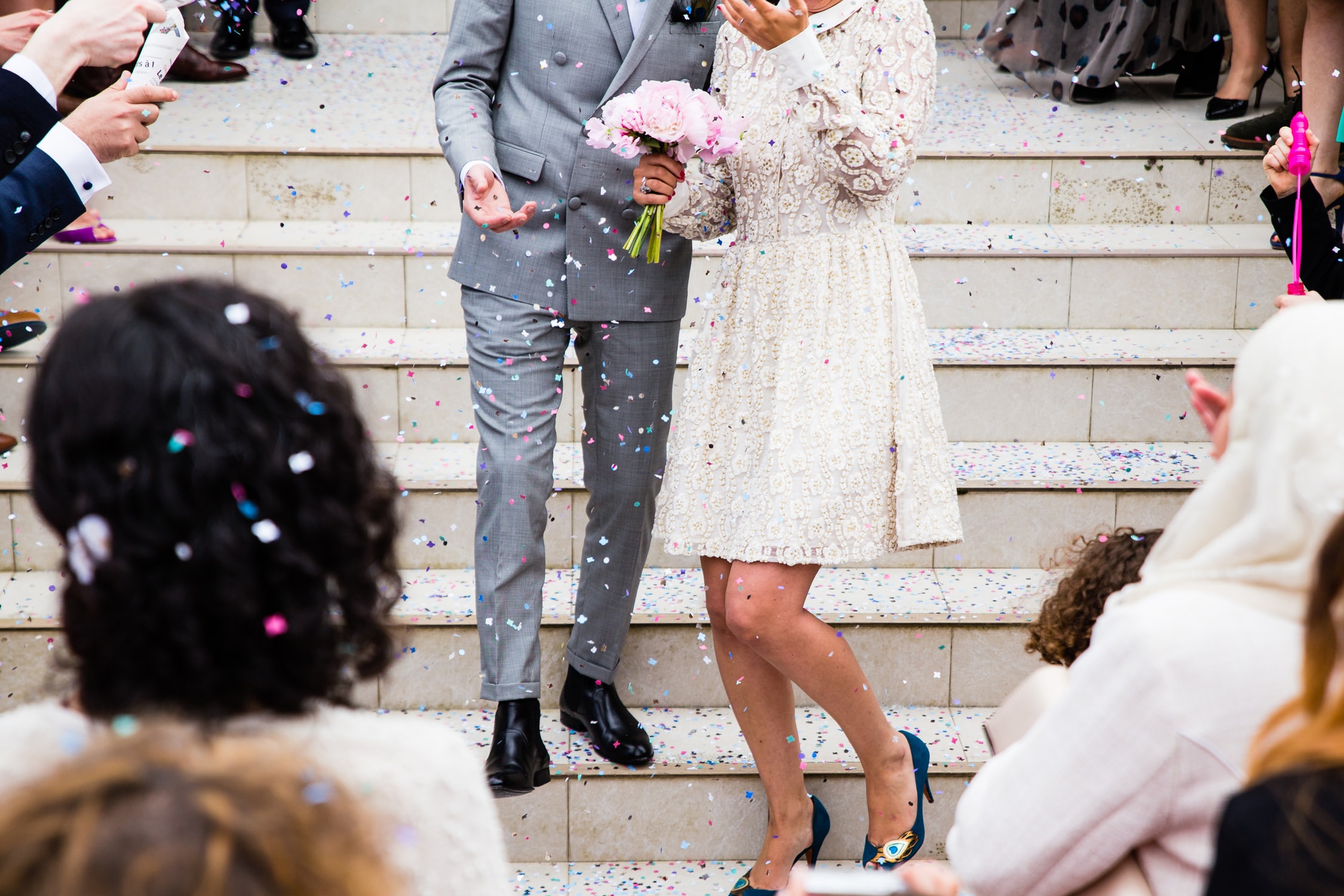 4 Insane Wedding Stories That Will Give You Life

I love the internet sometimes. Wedding and psycho bride stories are the gifts that keep right on giving, and I’m here to write about and make fun of them. Talk about a dream gig. I’m not saying I’m without fault here; I definitely had my own psycho bride moments. I may or may not have ordered 30 umbrellas, then called the company threatening them that they better arrive in 24 hours because there was a 10% chance of rain on my wedding day. Spoiler alert: It didn’t rain and I then had to return 30 umbrellas. But that’s neither here nor there. Today, we’re thanking Birch Event Design, an amazing wedding and event design and planning company, for sharing with us some truly insane wedding stories. Y’all are doing the Lord’s work.

Here we’ve gathered four of Birch Design’s favorite crazy wedding stories for your reading pleasure. Remember: If you don’t act like an entitled psycho on your wedding day or leading up to it, you won’t end up on the internet! Kisses.

Every wedding is a goddamn circus, but some people just take it to the actual next level. I don’t mean, like, there are 13 bridesmaids and a 20-tiered cake and six dress changes. No, I mean there’s an actual circus complete with animals and acrobats and whatever the f*ck else going on at your nuptials. And they say white people have no culture. But Birch Event Design told us about this particular wedding which, yes, included a f*cking circus, but also almost became a circus when the venue completely sh*t the bed. Read on…

“A recent bride and groom had outrageous ideas for their wedding including acrobats and aerialists, fireworks, a ferry ride, etc.—all in New York City! But no, none of these caused any hiccups or issues. It was the ceremony that was set to be on NYC Parks property, right outside the venue . With 30 minutes to spare before the bride walked down the aisle, the chairs lined up and a gorgeous floral backdrop in place, NYC Parks officers ordered everything to be removed immediately. It turned out the venue did not have the proper permits. Scrambling, we asked a local restaurant for permission to use their outdoor space with a view of the New York Harbor. They said yes! With all hands on deck, we carried the entire ceremony backwall and 200 chairs about 400 yards to the water, and the ceremony started on time.”

First of all, I find it hilarious that the acrobats and aerialists did not cause the issue here. It was, instead, the lack of permits needed to have a large outdoor wedding in a public space in New York City. Am I high, or should that have been checked on BEFORE the day of the wedding? Like, did the venue lie about having said permits? Inquiring minds need to know. Guess we all learned our lesson to double check e-v-e-r-y-t-h-i-n-g.

I personally thought that prenups were just something for overly rich people who like, knew for sure that they’d probably end up divorced. Nope, apparently not. Birch Event Design told us about this amazing moment when the groom got super pissed about hearing about this supposed prenup for the umpteenth time.

“At one event, the groom punched the father of the bride…in the face. The couple was meant to sign a prenup before the wedding and never did, and when they were signing their marriage contract, the prenup was casually mentioned. The father of the bride was being very sarcastic, making passive-aggressive comments, and the groom turned around and punched him in the face. The couple is still married to this day, but they never speak about their wedding.”

I am dying. The fact that this couple literally doesn’t want to or can’t talk about their wedding to this day is hilarious. Also, I feel like they can now never get divorced because it would just prove the father of the bride right, and we all know that, at the end of the day, pride is the most important thing of all.

I feel like everyone gets cold feet right before their wedding. Like, this sh*t is (supposed to be) for life. You are literally about to tie your wellbeing and personhood to another human being. That’s f*cking terrifying. Apparently, for this groom, it was almost too much to handle.

“We’ll never forget when a groom refused to walk down the aisle. He was having cold feet, and was very high strung the entire day. The guests were seated at the ceremony, waiting for it to begin, but the groom was not in sight. We found him in his room and let him know he had to walk down the aisle. He was very adamant about having a cigarette, and walked outside to smoke. We watched him closely the entire time, and we noticed he started to walk away into the parking lot. We ran after him and asked him what was going on. ‘I can’t do this now, I’ll do it tomorrow,’ he said. We ultimately had to pull him back into the building and remind him, in the nicest way possible, that he was getting married that minute.”

I picture this guy like that v relatable pic of Ben Affleck, just trying to run from it all:

Right?! The guy just needs a break. I find it extra funny that the Birch folks LITERALLY had to watch and guard said groom from making a break for it. How does the bride feel knowing all this? Like, my now-husband got sh*thoused the night before our wedding, spent the whole morning throwing up, then, when I got to the top of the aisle, looked at me and said, “You look beautiful. I love you. I may throw up.” That sh*t’s pretty funny now, but I have a hard time believing I’d ever be 100% over knowing that my intended nearly RAN AWAY the day of our wedding.

Every bride has those last-minute wants and needs. Like, “ugh, I should have bought more eucalyptus for the ceremony space” or “dammit, I wish I’d decided to grab a second pair of shoes because these are f*cking brutal.” Like, we get it. But Birch Event Design spilled the tea about a bride who literally decided on an elaborate change the day of her wedding.

“At the last minute, a client requested a never-before-seen flower wall for their wedding. And by last minute, we don’t mean a week before or a day before—we mean 4 hours before the start of the wedding. We had discussed creating one previously, but they decided against it. When the couple finally walked into their elaborate ballroom, they changed their minds and asked if we can put one together. No big deal! We propped up an extra triangular mirrored table and covered the entire surface in white flowers (that we ran around to find.) We finished with time to spare, thanks to our unbelievable team.”

What planet am I on? The audacity of this couple to ask event planners to go through an elaborate change THE DAY OF THE WEDDING is beyond me. Like, I get a little change here or there—move Aunt Milly next to cousin Bob or away from Grandma —that sh*t is reasonable. But to decide against a trend like a flower wall and then change your mind AS THE WEDDING IS STARTING is absolutely insane. I’m also kind of stunned that this all worked out, so jazz snaps for Birch Event Design. Still, have some respect for your event planners and the people working to make your dreaaaaaam wedding a reality.