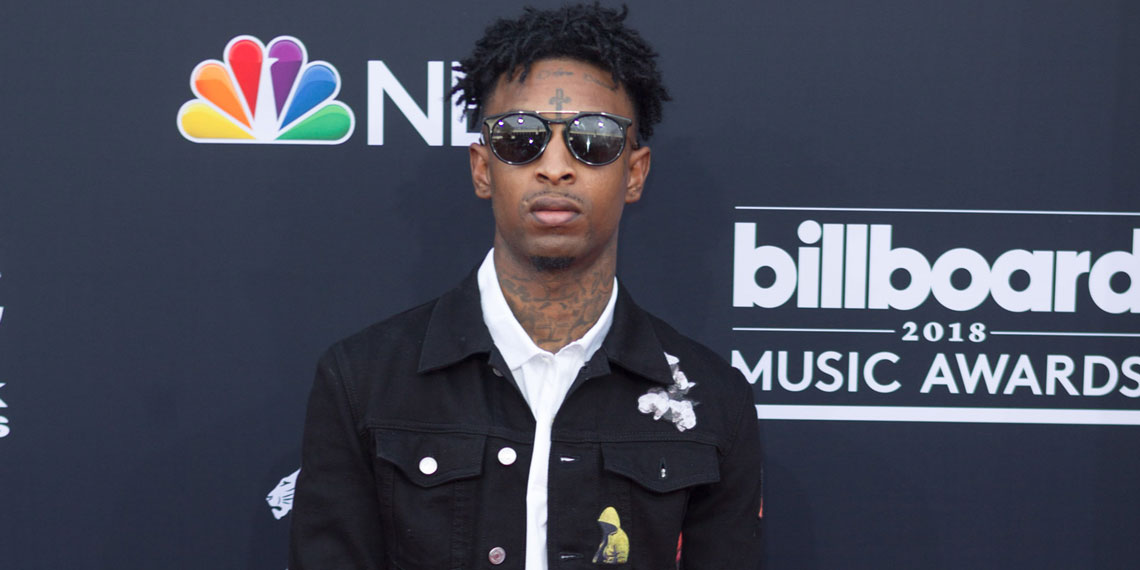 21 Savage Got Arrested By ICE, Who Claim He Is Secretly British

If you pay any attention to hip-hop music, you’ll know that 21 Savage has become one of the biggest names in the rap game over the past couple years. His last album spent two weeks at the top of the Billboard charts, and he’s had massive collaborations with artists like Offset, Post Malone, Cardi B, Future, I could go on. Basically he’s been unstoppable, and has risen up as the latest huge rap star from the Atlanta scene, but now he’s facing a major problem: he’s been arrested by ICE, and they’re alleging that the Atlanta native we know him as is actually a British national who has overstayed his visa to be in the US.

Black Mirror is so sick this season!

I’m sorry…what? 21 Savage is British? Pardon me while everything I know about the world comes crashing down around me. We’ve never had a ton of details about Savage’s childhood, but he’s always strongly implied that he grew up in Atlanta. For instance, when he was in seventh grade, he was banned from the DeKalb County School District for gun possession. Since becoming famous, Savage has undertaken philanthropic efforts to help out kids in Atlanta, and his hometown has been a major part of his identity. And if you need any further evidence, just listen to a single interview or song of his. 21 Savage’s commitment to his Atlanta accent is stronger than most marriages. I took 21 Savage being from Atlanta for granted like I took the sky being blue. But this is 2019, and nothing is what it seems.

On Sunday, Savage was taken into custody Immigration and Customs Enforcement (ICE just keeps f*cking up), and they dropped some info that is truly mind-blowing. According to the feds, 21 Savage, aka Shayaa Bin Abraham-Joseph, was born in the UK, and moved to the US in 2005, when he was 14 years old. He originally came legally, but his visa expired after a year. He might have been fine, except that he was convicted in 2014 on felony drug charges. Now, ICE is targeting Savage, and beginning “removal proceedings before the federal immigration courts.”

So what does this mean? First of all, it tells us that 21 Savage is a master of accents, because seriously, I never would have called this. I really think he needs to get his own adaptation of The Parent Trap ASAP, because Lindsay Lohan’s got nothing on him. But seriously, I can’t wait for the documentary about 21 Savage’s life to come out in 5 or so years.

21 Savage played multiple shows in Canada last year while on tour with Post Malone. When you leave and re-enter the United States, you must have a passport — which ICE is saying wouldn’t be possible since he was on a visa that expired 13 years ago. WHAT?

More importantly, it means that Savage could be deported back to the UK if ICE gets their way. But I’m still trying to process 21 Savage not being American?? If he is in fact British and wants to come back to the US, his best option would be to apply for an EB-1 visa, also known as an “Extraordinary Ability” visa. For most major artists and public figures not from the US, this is the way that they can seemingly stay in the country for however long they want. What’s unclear is the likeliness of 21 Savage getting approved for an EB-1 with his criminal record. @ President Trump, this is one thing that I really need you not to ruin. We need 21 Savage to stay here in the US so he can continue to make more bops… at least until Bobby Shmurda gets out of prison in 2020.