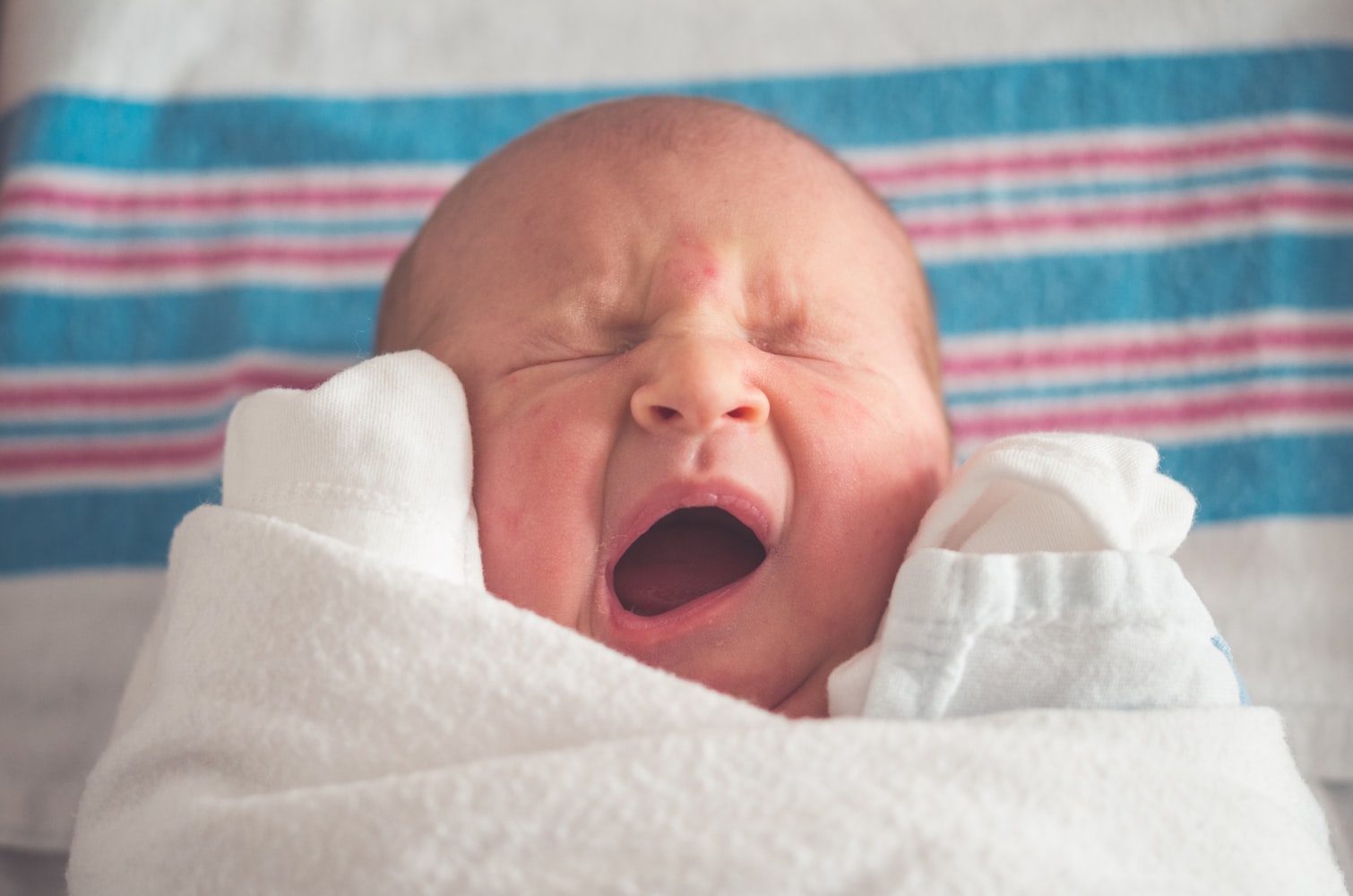 Once you hit your mid-20s, you reach that stage in life where everyone you know is getting engaged. (And if you think that won’t happen to you, just wait.) As elementary school wisdom tells us, first comes love, then comes marriage, then comes the baby in the baby carriage. Now, many of us are at the point when our friends have made the conscious decision to enrich their lives by having a baby. Mazel. Naturally, you’re still friends with these people and want to like, hang out until the baby comes and drastically changes the dynamic, but you may be getting kind of lost with all these new terms your bestie is throwing out about her pregnancy, delivery, and beyond. Because nobody likes looking pregnancy terms up in the dictionary while at brunch, here’s an easy guide of some of the most common terms your pregnant friends may be throwing around. Study it so you don’t have to ask and feel like the stupid friend.

This might seem like a beginner term, but you never know with the state of the American education system these days. C-section is short for caesarean section, and is when an incision is made in the woman’s abdomen and the baby is removed through said incision. Benefits include not ripping your platinum vagine in half. Cons include being actually literally cut in half, sort of. C-sections are relatively safe and uncomplicated, but they do take longer to recover from than a vaginal birth. So don’t listen to anyone who tries to say this is the easy way out! None of this sh*t is easy.

Doulas are basically like your advocate in the delivery room. Think of a doula as your bff. They can help with non-medical techniques like keeping breathing on track, giving you a massage, or tell you you’re doing amazing, sweetie. The most important thing here, though, is that a doula is not necessarily a medically certified professional. There are exceptions, but according to Healthline, doulas in most states do not require any kind of certification. They can help make the delivery process go smoothly, but typically do not offer medical assistance.

A midwife is a trained medical professional who may be a registered nurse, has specific medical training for the role, and/or went to midwifery school. According to Healthline, midwives can do a lot of the same things as doctors, including performing gyno exams, providing prenatal care, giving you pain meds, giving you labor-inducing drugs, assist c-sections (see #1), do the entire delivery, monitoring the baby, ordering an epidural, delivering the baby, and more, but laws and regulations governing midwife practices vary by state, according to midwife.org.

This scary word should ring a bell for those of you that follow the exploits of the Kardashians. I’m not going to f*ck up the medical term here, so let’s look to the Mayo Clinic for the official definition: “Preeclampsia is a pregnancy complication characterized by high blood pressure and signs of damage to another organ system, most often the liver and kidneys. Preeclampsia usually begins after 20 weeks of pregnancy in women whose blood pressure had been normal.”

Kim K dealt with preeclampsia and it’s likely a lot of the reason why she chose to go with a surrogate after her pregnancy with Saint. Preeclampsia seems like your run-of-the-mill high blood pressure, but it’s actually super serious and can result in kidney or liver failure (and even death) for the mother. So yeah, it’s not to be taken lightly.

Without getting technical, an epidural is a drug shot into a woman’s spine during labor BEFORE she starts pushing that makes everything feel suuuuper chill. Which is great, considering the carnage that’s about to ensue (kidding but also not). If you want the real medical definition, an epidural is a “regional anesthesia that blocks pain in a particular region of the body,” according to the American Pregnancy Association. The whole idea of an epidural is to relieve pain, not for you to go 100% numb (although that would be fine with me personally). It blocks nerve impulses below a certain section in your spine, which basically means you can feel the lower half of your body, but not nearly as intensely.

Many women shy away from epidurals because the shot itself (again, into your spine) can come with risks and is, in its essence, a drug. But we’re not here to judge anyone’s choices. Some forego the epidural and go all natural. Personally, I’ll be here waiting for my epidural cocktail. Do you.

Postpartum refers to the time after birth. You’ve probably heard it in relation to postpartum depression, which is the depression that can descend upon some new moms after their baby makes his or her appearance. With more than three million cases of PPD in the United States per year, it is super common. While Mayo Clinic says many moms experience what’s called “post-baby blues” which can last up to two weeks, postpartum depression symptoms can develop within the first few weeks after giving birth, but can start as early as pregnancy and as late as a year after birth. If left untreated, it can lasts for months (or longer), so speak to your doctor if you’re concerned you’ve been exhibiting symptoms like depressed mood, severe mood swings, overwhelming fatigue or loss of energy, difficulty bonding with your baby, hopelessness, and more—check out a full list of PPD symptoms here.

Pitocin is a synthetic version of oxytocin, a hormone that helps your uterus know wtf it’s doing when labor time comes. Pitocin helps bring on (induce, another vocab word we’ll get to) active labor if it hasn’t started naturally. A lot of women shy away from pitocin and inducing labor because they feel that the risks outweigh the benefits. According to the Mayo Clinic, a collection of learned doctors (see: not bloggers), there can be issues of too many contractions too quickly, which can, in turn, lower the baby’s heart rate. There’s also a risk of more painful contractions, which sounds like it sucks. All in all, Pitocin gets an incredibly bad wrap, but, really, it’s just the synthetic form of something your body needs to go into labor anyway. Ask your doctor or midwife about it if you’re considering it, and stay off the internet if you’re concerned.

Ughhh. So this is kind of the grossest one, so please bear with me. Basically, this just means that your cervix is soft and ready to go in terms of getting the baby out. Why the health world insists on using the word “ripening” is beyond me.

You’ll see on shows and movies with labor scenes some doctor or nurse saying “she’s only five centimeters dilated.” If you feel stupid not knowing what that means, it’s okay. There are no stupid questions here. Dilating just means that your cervix is slowly opening and expanding to help get that baby out. Doctors want to see you at 10 centimeters dilated before you start pushing. Yay.

Inducing means to make someone go into labor if her body isn’t doing it already, which might be necessary if the mother is more than two weeks late from her due date, she has gestational diabetes (diabetes that develops while you’re pregnant), or there are other medical conditions that require her to get that baby out, stat. Induction can be through administering drugs like Pitocin, through a doctor literally breaking your water (help), or manually ripening your cervix…Remind me why we put our bodies through this again?