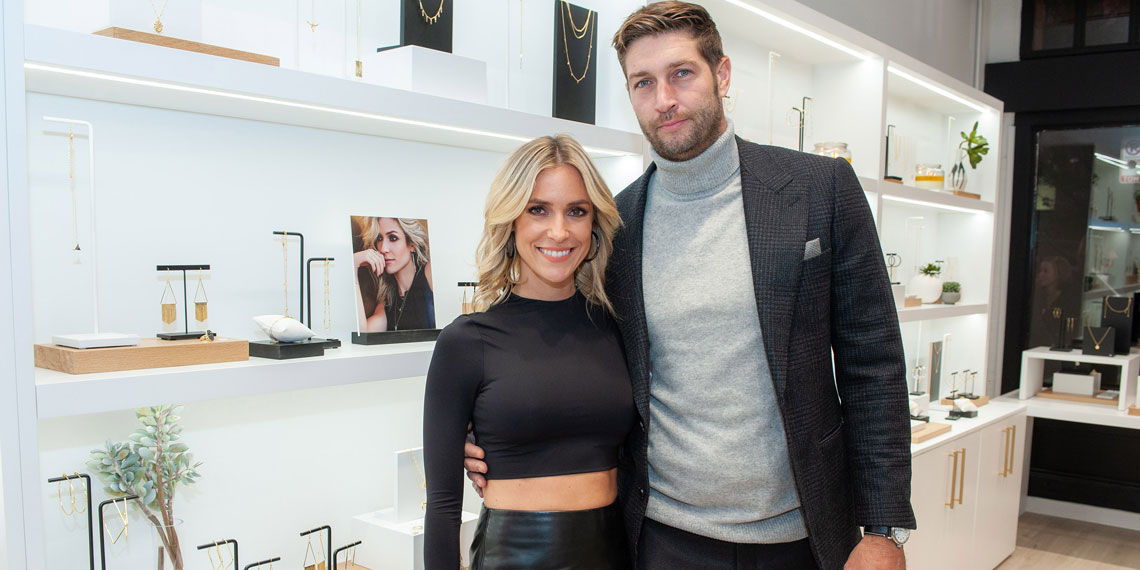 10 Of The Messiest Celebrity Divorces Ever

We all know that relationships are hard. Whether your current relationship struggles are getting your S.O. to give you some space during quarantine, or getting that new guy from an app to text you back, we all go through it. But you know what sucks even more than your average relationship bullsh*t? Divorce. Divorce is like a sh*tty layer cake of lawyers, paperwork, and potential financial ruin, and even when it goes relatively smoothly, no one is having a good time.

But the most fun thing about divorce is that, like snowflakes, no two are exactly alike. Each divorce is a new and different sh*t storm, and when celebrities get involved, things tend to get especially complicated. From cheating scandals to money issues to nasty custody battles, these are some of the messiest celebrity divorces ever.

With great sadness, after 10 years together we have come to a loving conclusion to get a divorce. We have nothing but love and respect for one another and are deeply grateful for the years shared, memories made, and the children we are so proud of. This is just the situation of two people growing apart. We ask everyone to respect our privacy as we navigate this difficult time within our family.

Maybe in a year or two, this one won’t have turned out so bad, but right now, it’s hard to keep up with all the sources that are coming out of the woodwork about these two. It’s been less than two weeks since Kristin and Jay announced their split, and they’ve already filed competing legal documents, disagreed on finances and custody arrangements, and now seemingly come to an agreement on those things. This week, sources said that Kristin got sick of Jay being “unmotivated” and “lazy” around the house after retiring from his pro football career. Things are happening fast here, and I have a feeling the mess is far from over.

When Amber Heard filed for divorce from Johnny Depp in 2016 after just over a year of marriage, she alleged that he had been physically and verbally abusive, and obtained a restraining order against him. Depp said that her claims were false, and accused her of “attempting to secure a premature financial resolution by alleging abuse.” Ultimately, the divorce was finalized in 2017, and Heard donated her full $7 million settlement to charity.

Things got ugly once again last year, after Amber Heard wrote an op-ed in the Washington Post, in which she talked about being a victim of domestic abuse. Johnny Depp sued her for $50 million for defamation, claiming that Heard was actually the abusive one in the marriage. This lawsuit still hasn’t been settled, and we probably won’t ever know the full truth of what happened in their troubled marriage.

I’m bad at remembering how long most celebs have been married to each other, but I will never, ever forget Kim K’s 72-day marriage to Kris Humphries. How could I forget a mess like this? After releasing a wedding fragrance and getting paid millions of dollars for a two-part TV wedding special, people were quick to accuse Kim of orchestrating the whole thing for publicity. This included one of her former publicists, whom Kim ultimately sued. She won, btw, and he was forced to apologize to her. Kim and Kris’s divorce wasn’t finalized until nearly two years later, just two weeks before Kim gave birth to her first child with Kanye.

After four years of marriage, Denise Richards filed for divorce from Charlie Sheen in 2006. At the time, she claimed he was paranoid and abusive, and that he tried to convince her not to vaccinate their two daughters. She ultimately obtained a restraining order against Charlie, and in 2010, she was granted full custody of their children, due to Charlie’s “marital turmoil, sobriety issues and criminal problems.” In more recent years, Charlie and Denise’s relationship has improved, but even this season on Real Housewives of Beverly Hills, we’ve heard Denise talk about her ongoing child support case with Charlie. This really is never-ending.

I feel like we don’t give enough credit to the messy celeb drama of the ’90s, but Charles and Diana’s divorce was one for the ages. After getting married in 1981, both of them became unhappy pretty quickly, and they each had long-term affairs with other people. This became public in 1992, when tapes of phone calls between Prince Charles and his now-wife Camilla Parker-Bowles leaked to the press. After a couple years of general mess, the Queen intervened, writing Charles and Diana a letter ordering them to get divorced ASAP. Lol, you know things are bad when your mom has to get involved.

To add insult to injury, Diana was stripped of her HRH title after the divorce, which she was reportedly extremely upset about. Honestly, all of this makes the drama with Harry and Meghan look tame. I mean, they just want to live in LA!

This has got to be one of the most dramatic cheating scandals of all time. In 2009, it was revealed that Eddie Cibrian and Leann Rimes were cheating on their respective spouses with each other. After the scandal broke, Rimes divorced her husband Dean Sheremet, and Cibrian divorced Brandi Glanville. To this day, Brandi and Eddie don’t really get along, and there’s been plenty of drama between them over the years. In 2017, Brandi accused LeAnn of stalking her after she showed up at a restaurant where she was eating. This prompted Eddie to write an open letter to Brandi, saying that “every couple of months there is another accusation coming from Brandi in an attempt to drum up drama to stay relevant.” I have a feeling once their sons turn 18, Brandi and Eddie are going to try their best to never see each other again.

Lots of high-profile marriages have fallen apart due to cheating, but this one is especially bad. In 2006, Brinkley discovered that her husband Peter Cook was having an affair with a 17-year-old, which is downright disgusting. He also gave the teen hundreds of thousands of dollars and helped her buy a car, all to get her to stay quiet. Needless to say, their marriage didn’t survive this, and their divorce was finalized in 2008. Christie Brinkley won big in their divorce case, getting full custody of their daughter, most of their property, and the satisfaction of the whole world knowing Peter Cook was an asshole.

If Tiger Woods’ cheating scandal wasn’t so awful, I might actually be impressed. In November 2009, it was first reported that Tiger had cheated on his wife Elin, who is a model. Why do guys always cheat on models? I don’t get it. While he initially denied those rumors, it wasn’t long before sh*t hit the fan. Eventually, over a dozen women publicly claimed to have had affairs with Tiger while he was married, and he eventually confessed to cheating with over 120 women, including the 21-year-old daughter of a neighbor. I mean, ew. As a result of the scandal, Tiger lost many of his brand partnerships, and his performance on the golf course also took a nosedive. Unsurprisingly, Elin divorced Tiger in 2010, and she reportedly got around $100 million in the divorce settlement. It’s what she deserves.

Can you believe that Jon and Kate’s sextuplets just turned 16 years old?? I guess time flies when you’re being messy. In 2009, Jon and Kate Gosselin announced on their show that they were separating, and things have basically been sloppy ever since. While they both claimed the show would go on, TLC placed it on hiatus, because I guess it was supposed to be about the kids, not a train wreck divorce. At first, they took turns staying at the family home with the kids, but the police had to be called a couple months later, when Kate showed up during Jon’s scheduled time and the couple got into a fight.

Though the divorce was finalized over a decade ago at this point, the custody disagreements have continued. In 2017, the police were called to an orthodontist’s office over a custody dispute. Lol, what? Now, after years of disagreements in court, Jon has full custody of two of the sextuplets, while the other four still live with Kate. Sounds normal.

Paul McCartney married model and media personality Heather Mills in 2002 at an Irish castle, but the fairytale didn’t last long. They separated in 2006, and Mills blamed McCartney’s daughter (Stella McCartney, you may have heard of her), whom she called “jealous and evil.” Yikes. In leaked documents, Mills also accused McCartney of pushing her into a bathtub while she was pregnant and stabbing her with a broken wine glass. Not good. When McCartney and Mills got married, they famously had no prenup, so Heather Mills got a pretty nice pay day in divorce court. Her lump sum was close to $50 million, in addition to $70,000 a year in child support and lots of other perks.

Every divorce is messy in its own unique way, but these are definitely some of the sloppiest from top to bottom. LMK your favorite celeb divorce disasters in the comments, because the possibilities are endless.