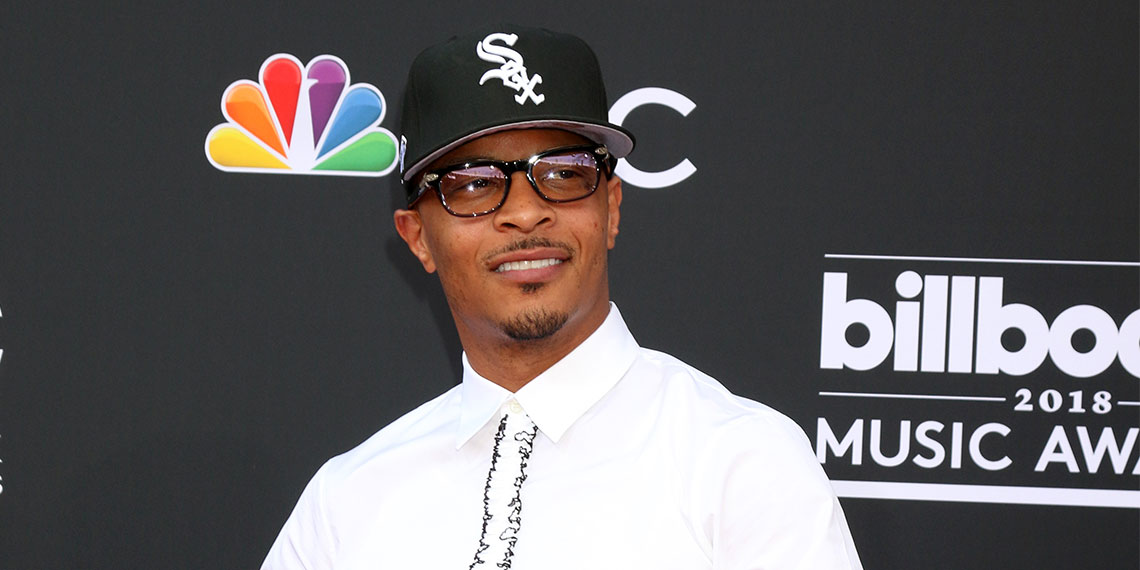 Yikes, T.I. Checks To Make Sure His Daughter’s Hymen Is Still Intact

When you become a parent, your life immediately becomes a lot more complicated. Not only do you have to try to make smart choices about your own life, but you also have to educate yourself and make important decisions about another little person’s entire life. I can say with confidence that I’m nowhere near mature enough to handle this pressure, and I probably won’t be for several years. Basically, being a parent is hard AF, and no one can be perfect all the time. But this week, T.I. made some comments about his parenting that seriously made me cringe, and we need to talk about it.

On the latest episode of the Ladies Like Us podcast, hosted by Nazanin Mandi and Nadia Moham, T.I. shared some stories about his parenting style with his 18-year-old daughter, Deyjah. When asked if he had given the “sex talk” to his daughter (of which Deyjah is the eldest), he said that not only has he had ~the talk~ with Deyjah, but he takes things a step further. He said, “Not only have we had the conversation. We have yearly trips to the gynecologist to check her hymen. Yes, I go with her.”

Seriously, when I first read this, I literally gasped. This is just icky and stupid on so many levels. Before we really get into it, let’s go through some more of what T.I. had to say. He says that this father/daughter tradition started right after Deyjah’s 16th birthday party, when he “put a sticky note on the door: ‘Gyno. Tomorrow. 9:30.'” I know some dads who won’t even hear about buying their daughter tampons, so you would think this is a positive step, but no. And before you can say “HIPAA violation”, he said that Deyjah signed a form allowing the doctor to share private information with her father.

Of course, one of the most obvious issues here is that your hymen being broken doesn’t prove you’ve had sex. T.I. acknowledged this on the podcast, but still sounded like a complete moron: “And so then they come and say, ‘Well, I just want you to know that there are other ways besides sex that the hymen can be broken like bike riding, athletics, horseback riding, and just other forms of athletic physical activity,'” he said. “So I say, ‘Look, Doc, she don’t ride no horses, she don’t ride no bike, she don’t play no sports. Just check the hymen, please, and give me back my results expeditiously.'”

Okay, so Deyjah might not take her horse to the old town road, but has she never used a tampon? Driven down an especially bumpy street? I’m not a gynecologist, but a quick Google search will tell you that there are a litany of ways a hymen can break that have nothing to do with sex, whether or not you’re riding horses. But despite all these confounding variables, T.I. hasn’t had anything to worry about thus far. He said that, “as of her 18th birthday, her hymen is still intact.” Which is… great for T.I., I guess?

def did not think we would be talking about hymens today. or TI

In terms of the science behind this, there literally is none. The World Health Organization has stated that there is “no scientific or clinical basis” for virginity testing, and that “There is no examination that can prove a girl or woman has had sex—and the appearance of girl’s or woman’s hymen cannot prove whether they have had sexual intercourse, or are sexually active or not.” Boom, roasted. And on top of T.I. being clueless about what he thinks he’s proving with these gyno visits, he may be causing more harm than he even realizes. A study from the National Institutes of Health has found that practices like this can also have a negative psychological impact on women and girls (no sh*t), and has advised that “Countries should review their policies and move towards a banning of virginity testing.”

Damn, so this isn’t just stupid, it’s downright wrong. I understand that parents can be a little overprotective sometimes, but T.I. just bragged about invading his n0w-adult daughter’s privacy in a way that doesn’t even prove anything! If he would prefer that his daughter isn’t having sex, that’s a preference one can have, but it’s really not up to him to police her behavior, and certainly not in such an invasive, pointless way. Also, I’d be really curious to know if he’s as up-to-date on the sexual health of his sons around the same age? Just saying.

T.I. has gotten considerable backlash on the internet since his comments were released, and his name is currently the top trending topic on Twitter, along with “She’s 18” not far behind. So far, he hasn’t commented further about what he said, but maybe the negative response will get through to him, and his younger daughters will be spared this kind of parenting when they get older. We can only hope.