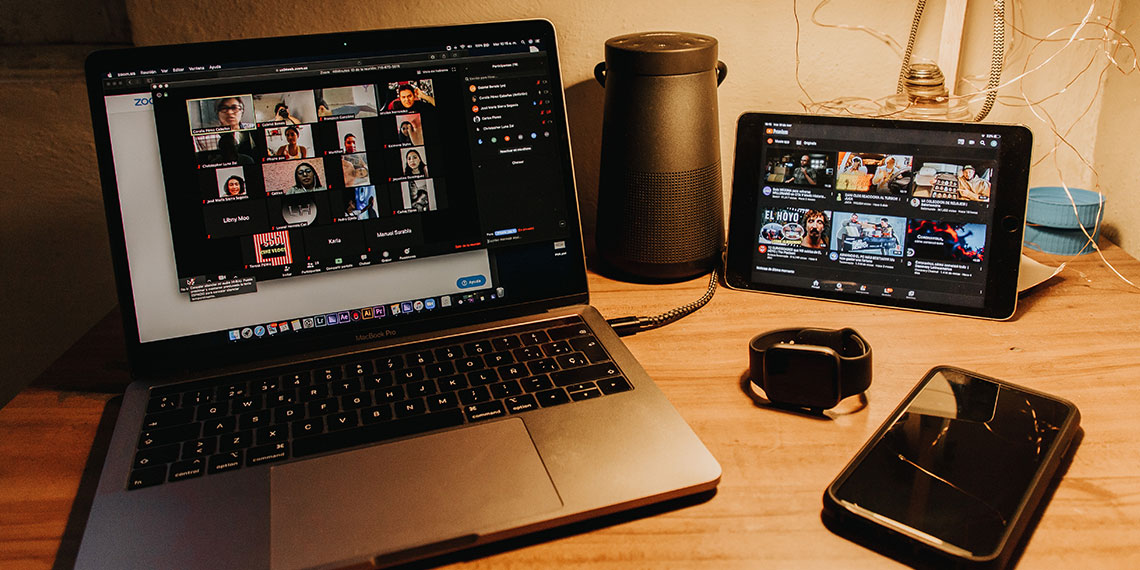 WTF Is Zoom-Bombing & How Can You Make Sure Your Meetings Don’t Get Trolled?

Even with the world coming to a complete stop outside of our homes, people are finding new and innovative ways to suck, even from a (social) distance. Whether it’s your idiot neighbors who think that the second the weather hits 60 degrees outside, coronavirus magically goes away, Vanessa Hudgens opening her mouth, or this new insane thing called Zoom-bombing, humanity never ceases to amaze me—and not in a good way.

So, what exactly is Zoom-bombing? You can probably guess based on the name, but it’s when people join Zoom calls without an invite and typically with a pretty sh*tty motivation. This obviously isn’t unique to Zoom, and all video conferencing programs are vulnerable to hacking. As someone who has been using Zoom for meetings since, like, high school, I honestly have never thought about doing anything like this. However, I guess when the entire world is now dependent on a single platform, it’s easier for sh*tty people to do anything to f*ck it up for the rest of us. This is why we can’t have nice things.

As schools and businesses across the country increasingly rely on Zoom for remote learning, conference calls, and the like, so too have people taken to being incredibly disruptive to Zoom-based meetings and using the platform for really f*cked up stuff.

I am a junior at Tulane University, where, a few weeks ago, a Zoom class was recently interrupted by a so-called Zoom Bomber. After news of the event spread throughout campus, I was able to get a hold of a student who was on the call when it happened. She agreed to share her experience with me but asked to remain anonymous, so we will call her Sophie.

Sophie is a Junior in the business school (but she’s chill, I promise) and is taking a Research and Analytics class this semester. Discussing the event, she said, “we were going over attribute types when this kid, whose name I didn’t recognize, asked a question that didn’t make sense.” According to Sophie, the class is small enough where she could recognize the names and voices of her classmates, and she thought he may have just been a member of another section of the class, which is a pretty normal thing to happen. Let’s just say I’ve definitely been a little hungover and gone to a 2pm stat lab instead of my 9:30am one before.

However, things got a little more abnormal when the professor went to the next slide on his presentation. Sophie explains that one of the attributes being discussed was hair color. “My professor said that these attributes can’t be ranked, and that was when the Zoom Bombers decided to make their move,” Sophie recalled. “These two voices, which I didn’t recognize, both started saying that’s so racist, and you can’t say one hair color is better than the other.”

But Sophie explains that it wasn’t just a dumb-ass student misunderstanding and being disruptive: “that’s when they started dominating the conversation, and they took over the screen, started drawing swastikas over the slide, and then completely took over the screen and were writing the N-word all over it.” The eeriest part of it, said Sophie, was that “they were just laughing during it. It wasn’t just a bot, these were actual kids who wanted to take over the class” to spew racist hate speech.

Eventually, this the professor was forced to end the class mid-session and used a password for the next session.

“It was so startling hearing real people’s voices on the other end, laughing and having fun while they were doing it,” explained Sophie. “I had heard about because my brother’s school got an email, so I wasn’t as startled, but I don’t think my professor knew about it at that point.”

It isn’t just college campuses that are dealing with Zoom-bombing, according to the New York Times: Reddit, Instagram, Twitter, and 4Chan have been used to plan these “harassment campaigns.” Classes in middle and high schools, doctoral dissertations, youth group events that have been moved online, and company-wide meetings are just some examples of events that have been disrupted. I guess even if the world is ending, assholes are going to asshole.

No one could have predicted that all at once, Zoom was going to become the backbone of many people’s work lives, and the company was not fully prepared to be used on such a wide scale. However, they are working now to make up for lapses in security and other programming issues.

Over the weekend, Zoom sent an email explaining security measures to users. These include virtual waiting rooms and meeting passwords, which they recently enabled for users with free memberships; the virtual waiting room feature will be turned on by default so hosts can manage who enters their meeting before it begins. They also removed the ability for users to randomly scan for meetings to join, and are requiring all meetings to have a password. Hosts can also require all users to authenticate before entering, which basically means people need to create and log into their Zoom accounts to be permitted to join a meeting. Additionally, Zoom and similar video conferencing programs encourage that users stay on top of updates that include new security measures.

The bottom line is that Zoom-bombing is like if someone gave photo-bombing steroids and a MAGA hat and made it 1,000 times more offensive and disruptive. It isn’t funny or cute, and if “don’t be an asshole” isn’t enough of a reason not to do it, then just know the FBI is looking into it too.  In a recent press release, the FBI Boston Division said they are paying increased attention to cyber-crimes, especially incidents of Zoom-bombing. They recommend not making meetings public, and not posting the links to any upcoming meetings on social media, but rather, give the link out directly only to the people you want to attend your meeting. If you’re hosting a meeting, you may want to change your screensharing settings to “host only” so random trolls can’t take over your screen.

As if the constant threat of COVID-19 wasn’t enough, we have to be extra careful in terms of the technology we use. The same FBI release recommends that in addition to increased security measures that companies like Zoom have taken, all users should use their due diligence.