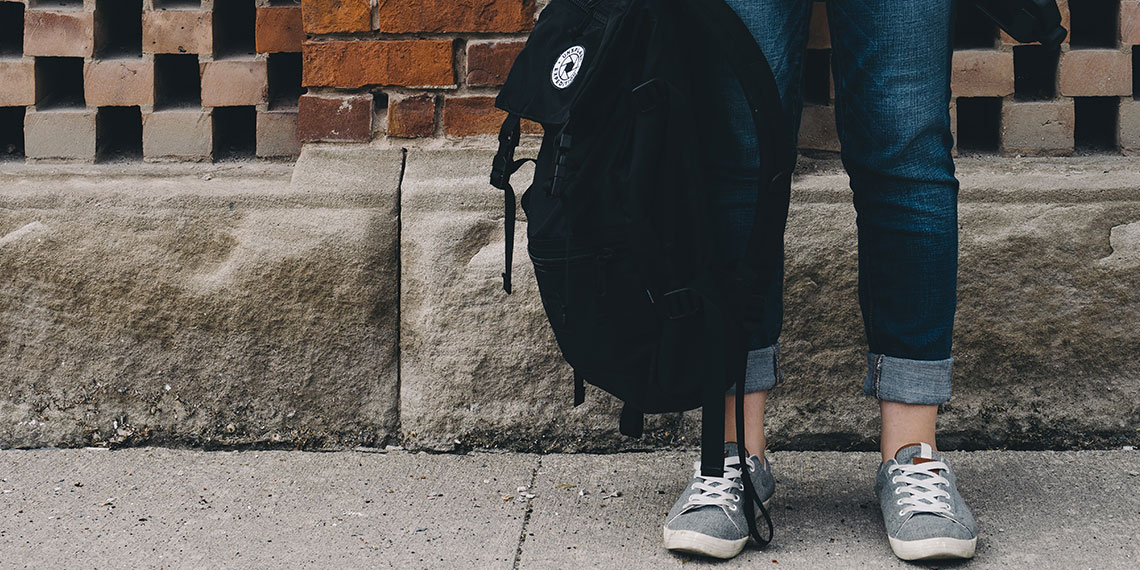 Well, the inevitable has happened. As I write this, upwards of 100 universities and colleges have closed nationwide, including my own school, Tulane University. Due to my lack of ability to process emotions, I will be treating this horrible news the same way our government is handling Covid-19: by totally ignoring it until it is way too late and the situation grows beyond our capacity to control it.

Well, I am here reporting live from Tulane less than 48 hours after our school closed to share a little bit about what’s happening down here.

but are we wrong?

Over the past week, professors have been preparing for the potential move to online classes. Still, it wasn’t until late afternoon when the school made the announcement. Since we got this news, all hell has broken loose. Seriously, as my roommate said while we were drinking away our stress last night: “this is literally Apocalypse Now.”

My friend and I were walking past a bar near campus on our way to the gym like the #fitbitches we are when the email got sent out, and we heard a collective cheer. As we continued walking across campus, almost every single student we saw was on their phone, probably with their parents freaking out about their non-refundable Cabo spring break flights.

On the way back from the gym, again, because Corona can’t stop the grind, the crowd outside the bar tripled in size.

We were told that on-campus residents had a week to pack up their stuff and be out of their dorms. While some colleges (*cough* Harvard *cough*) are kicking students off-campus with no consideration of potential unsafe family situations or homelessness, Tulane has offered to find alternative solutions for students who cannot leave school for whatever reason. Note: “I don’t want to be around my family because they’re going to ask me about my job prospects” does not count… but thanks for trying!

For juniors and seniors, most of us are deciding whether we should stay in New Orleans or leave. Even though some people literally couldn’t get out of here fast enough, most of my friends are taking our sweet time and treating this like an extended spring break. Seriously, if I’m going to be stuck somewhere, I’d much rather be in New Orleans than f*cking Ohio.

A large portion of Tulane’s student body is from California and New York and other areas that are impacted by the virus. I am from Cleveland, which has recently started confirming more and more cases, so I’m in no rush to get on a flying germ tube plane.

Obviously, classes are everyone’s biggest concern. Seniors especially are worried about their graduation time being affected by the closure, and most of the people I know share similar worries. However, at most schools, classes are moving to online platforms like Zoom.

I don’t know anything about stocks, and I’m pretty sure the market is doing, like, really badly. Still, I’d def consider buying stock in Zoom because the whole country is about to start using it. Zoom is fine aside from the people who forget to mute themselves and say dumb sh*t into their mics or the frat boys who keep their cameras on and are clearly not wearing pants/drinking a F*CKING CORONA BEER ON CAMERA. Chad in my Stat lab, I’m talking about you.

The issue with this technology that many people are concerned about (aside from the fact that I’m too dumb to figure out time zones) is that not all people have laptops or WIFI at home. While technology is a given on college campuses thanks to libraries and university-wide WIFI, this sadly isn’t universal outside of academic spaces. So once again, students from disadvantaged backgrounds are going to be hit harder by the cancelations.

To cite my roommate one more time: “my mom isn’t really concerned about anything other than me remaining ‘diligent’ about online classes.” Obviously, she will continue being the star student she always is and will never ever even think about skipping a (zoom) class.

Now That People Are ~Starting~ To Calm Down

Of course, it’s tough to be logical and rational in times like these. As we know, because we aren’t totally stupid, the only thing freaking out does is add to hysteria and make literally every situation worse. I’m not saying that my initial reaction wasn’t to be upset because I was, like, just asked to a frat formal and bought a dress. I’m also not not saying that. (LOL: he’s going to read this for sure. What’s up, dude?)

Yeah—it’s a bummer that I won’t get to wear the pink bodycon dress I bought for formal, but my health (and the health of others) is clearly more important than how good I was going to look. Once we got past the initial hysteria/excitement/urge to get drunk, it became clear that this obviously was for the best for the school as a whole.

In the past 24 hours, things have somewhat calmed down, but the energy on campus is mad weird. In all honestly, this is a great way to figure out who loves school. All of the freshmen posting Instagram slides about leaving may be annoying, but it’s kinda cute that they love their friends and school so much.

The sophomores are really struggling. Tulane is a big “go abroad in the fall” school, and many of the sophomores don’t know the next time they’ll see their BFFs, or if they’ll be able to go abroad at all. My heart honestly goes out to all of the 19-year-old girls whose senior boyfriends are breaking up with them now instead of in May. At least they’re saving themselves from aging 10 years while they stress about his shady behavior over spring break.

But the seniors have it the worst. The campus has been filled with girls taking selfies of them crying about their last ever college class, and like, I feel for them! There’s a lot of uncertainty, and they’re losing their senior spring. Thank f*ck that’s not me.

As a junior, I’m pretty much chilling for as long as I can avoid going home.

In all seriousness, I’m so lucky to go to a school that is handling this sh*t relatively well and that I have a home to go back to when things starts getting really bad. Until then, we are trying to stay as safe and blackout as possible. And, as a reminder, I promise, those gross frat houses are waiting for everyone come syllabus week in the fall.