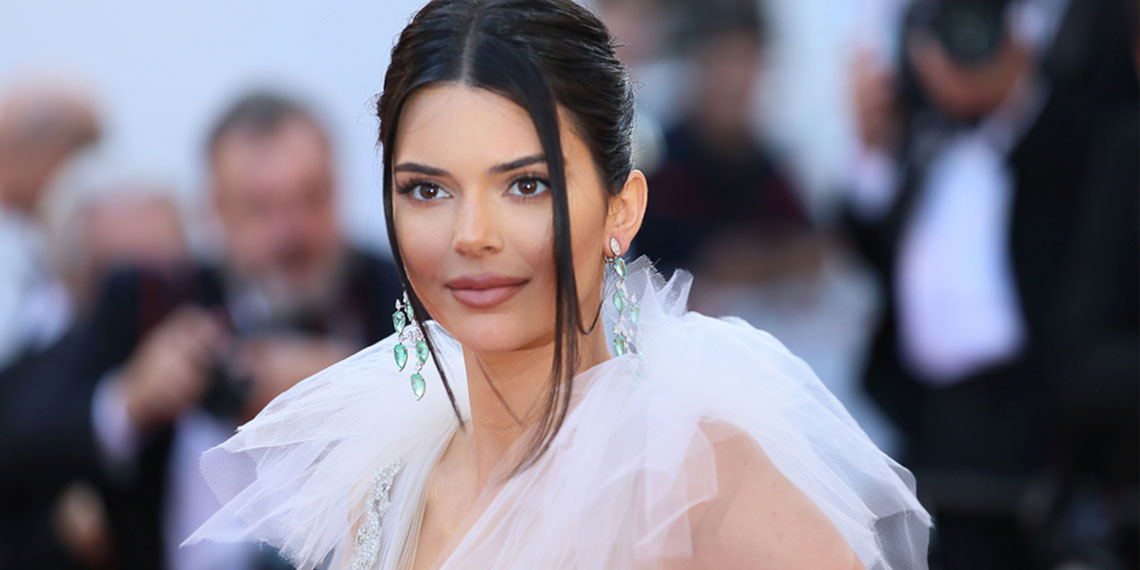 WTF Is Moon? All The Details About Kendall Jenner’s New Toothpaste Brand

It’s been a few weeks since Kourtney Kardashian launched her game-changing lifestyle brand, Poosh, which means it’s about time that another Kardashian-Jenner family member launch a new product to shill. This time, it’s Kendall’s turn. Today, she proudly launched Moon, her new line of oral care products. That’s right, Kylie and Kim have already made every product you could possibly need for your face, so now Kendall is staking claim to new territory—inside your mouth.

Moon already has its own Instagram account, with the handle @moon. I mean, who did she have to pay off to get that handle? The actual moon up in the sky is SHAKING right now. But unlike the @poosh handle, which Kourtney just stole from the old DASH boutique, Moon will have to actually gain followers on its own. At this moment, it only has 4000 followers, but that’ll probably triple by the time I finish typing this sentence.

Take a look at the Moon intro video, where Kendall’s “fun fact” about herself is that she used to not know how to smile.

An oral care experience unlike any other. #ElevateYourRoutine

I mean, if you squeezed every drop of charisma out of Kendall Jenner, I really don’t think it would be enough to cover a toothbrush. Kendall touts that her new brand is all about “oral beauty” and that it really goes back to “the aesthetic thing,” because the packaging looks nice on your counter. Wow, I’m sold already! After learning approximately nothing from watching the Instagram video, I headed over to the Moon website to learn a bit more about Kendall’s vision for oral beauty.

On the Moon homepage, we’re greeted by a photo of Kendall using the signature Moon “Kendall Jenner Teeth Whitening Pen.” Basically, Kendall made a Tide-To-Go stick for your teeth, but the name sounds like when they name a middle school after an old president. The site promises that the the pen “instantly brightens, and whitens over time,” which sounds too good to be true, but I’m still a little tempted to shell out $20 for it. In case you’re wondering, here’s what’s actually in this thing:

I fully don’t believe that any of these oils and extracts actually whiten your teeth, but Kendall is prettier than me, so I should probably just listen to her.

On the actual product page, there’s a handy message that lets you know the teeth whitening pen is in high demand, because of course it is. To be honest, 109 doesn’t sound like that big of a number, at least not compared to little miss billionaire Kylie. I guess I’ll give Kendall Jenner a break because it’s literally the first day of the launch, but she’s going to have to sell a few more of the Woodrow-Wilson-Junior-High-Whitening-Pens before Momager Kris Jenner is satisfied.

In addition to the groundbreaking Gerald-Ford-Center-For-Teeth-Whitening-Pens, Moon has a whole range of oral care products that I can’t wait to not try. They’ve got toothbrushes, floss, and two types of toothpaste, one with charcoal, and the other for stain removal. None of the stuff seems outrageously priced, but I also have no faith that any of it works. I don’t really buy that Kendall is even using her own $8 toothpaste, so I’m less than convinced that one tube is going to give me a supermodel smile.

One thing I definitely can get behind is Moon’s partnership with Operation Smile, an amazing organization that provides safe surgical procedures to underprivileged children with cleft lip and cleft palate. The website says that Moon will cover the equivalent of over 200 surgeries, which is a great thing. I really hope there’s no shady fine print about this buried at the bottom of the site, because a contribution like this is really the least that Kendall Jenner can do.

It’s important to note that while Kendall’s face is all over Moon’s Instagram and website, it’s not really her company. It was actually started by a guy named Shaun Neff, who “partnered with fashion icon Kendall Jenner to co-create Kendall’s signature product, the Teeth Whitening Pen.” Kendall purportedly had a major role in the design and aesthetic behind the Moon products, but that was probably the equivalent of like, four hours of actual work.

Where will Moon land in the great tapestry of Kardashian-Jenner-branded products? It’s too soon to tell, but it definitely can’t do worse than the Kardashian Kard, or Kendall and Kylie’s sci-fi novel.