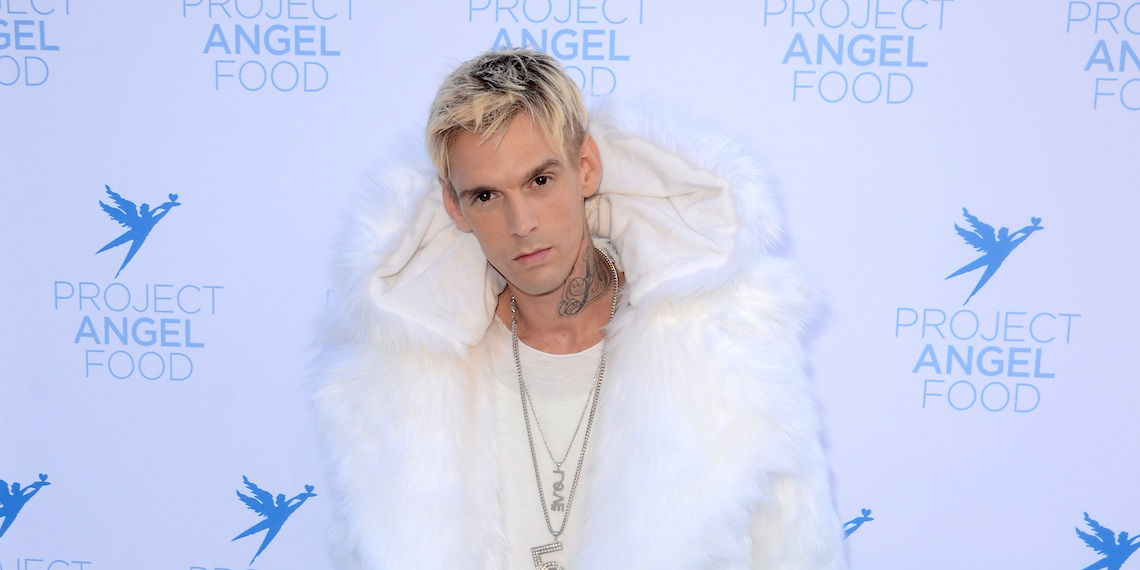 UPDATED: WTF Is Going On With Nick & Aaron Carter?

UPDATE TO THE UPDATE: It’s been a minute since we’ve caught up on the drama in the Carter family, and well, things are still dramatic. This week, there have been a few important courtroom developments in the ongoing saga between Aaron Carter and the rest of his family, so let’s break it all down. On Tuesday, a judge ruled in favor of Aaron’s twin sister Angel, extending her temporary restraining order against him. Now, Aaron will be prohibited from contacting Angel, her husband, or their child for the next year. Then, on Wednesday, Aaron also lost his restraining order hearing with his brother Nick, who was also granted a one-year extension. Aaron didn’t even show up for the hearing with Nick, so he didn’t even really try to fight the restraining order.

Really, those decisions weren’t surprising, especially considering Aaron Carter’s erratic behavior on social media and alleged threats to kill Nick’s pregnant wife. In court, Angel also claimed that Aaron threatened to sent hitmen after her, which is really wild. Not to be rude, but can Aaron Carter even afford a hitman? Where is his money coming from these days?

But in addition to the restraining orders, the judge also ruled on Tuesday that Aaron Carter is too dangerous to possess firearms, which like, thank god. Based on the ruling, Aaron must surrender all his guns, and won’t be able to purchase firearms in the state of California. Upon hearing this, Aaron apparently lost his sh*t, yelling that he’ll just go to another state to buy guns and threatening to leave the courtroom. The judge told him to sit down, but Aaron was still mad when he talked to TMZ outside the courthouse, telling them “I’m not playing your game, you’re playing my game, and it’s not over.” He sounds like he’s in a good place!

Aaron said back in September that he was going to sell his gun collection, but based on what he said in court this week, I’m not so sure that ever happened. If he keeps his guns, he could be held in contempt and end up in jail. We know Aaron Carter loves his guns, but I have a feeling he also loves not being in jail. Hopefully he gives up the guns, stays away from his siblings, and like, chills the f*ck out for a minute.

UPDATE: Well, this sh*t was dark to begin with, but it’s somehow gotten even more f*cked up since last week. Things have only gotten worse between Nick and Aaron Carter, and Aaron’s social media is probably the messiest place on the internet right now. Things really escalated a few days ago when Aaron went on Instagram live, where he said he felt “imprisoned” by his family, and threatened to “kill everybody.” Yeah, deeply troubling stuff, especially when you consider that Aaron has a whole gun collection.

Perez Hilton retweeted a video of Aaron saying this stuff (don’t ask me why Perez is getting involved), and Nick Carter responded, saying he’s really scared for his family’s safety now. Nick has only made a few public statements compared to Aaron’s barrage of tweets and Insta posts, but I don’t really understand why he’s saying anything. Aaron already looks crazy in his posts, so Nick responding is only going to add fuel to the fire.

I am am truly now afraid for my family’s safety. 🥺 #Help https://t.co/oLpTFxwEvU

The whole “threat of violence” thing is bad, but yesterday Aaron took this feud to a whole new level. On Instagram, he posted a lengthy caption alleging that Nick raped a 91-year-0ld woman, whom their mother was taking care of. Aaron also tagged @fbi several times in the post, because apparently that’s a thing that you can do. If this actually happened, it’s obviously a heinous crime, but Aaron certainly isn’t the most credible person right now.

Hey @fbi my brother raped Mildred and told me in confidence in his pick up truck she was 91 years old and my brother told me he covered her mouth so no one could hear her scream. Put me on a polygraph machine please @fbi my mother knows she was taking care of two elderly women who were on hospice Mildred and opal who my mother was keeping alive. @fbi what are you gonna do about that!? NOTHING! ? I’m REPORTING A RAPE FROM NICK ON SN ELDERLY WOMEN WHO WAS DYING AND WAS 91 that he raped. Strap nick up to a polygraph machine and a really good one please. @fbi

The thing is, both of them really need to just get off of social media. Seriously, why hasn’t someone taken Aaron’s phone away? Last night, he posted a super long Notes App statement (my favorite form of communication), where he rambled about fearing God, his nieces and nephews, and how love don’t cost a thing (which is also the best J.Lo song).

The statement is really a lot to get through, but he finishes it off by asking everyone to leave him alone so the legal system can “do their thing.” I’m not sure that doing their thing is a technical legal term, but it’s pretty hilarious for Aaron to ask people to leave him alone after he’s made this whole ordeal insanely public. Like, Aaron Carter has literally tweeted about this hundreds of times in the last week. It’s unclear what, if anything, is actually happening here in terms of the legal system, but maybe the courts can take away his Instagram password.

If you’re reading this, you’re probably old enough to remember a golden era of Nick and Aaron Carter. Nick was obviously a member of the Backstreet Boys, who released their first album in 1996. Aaron Carter came on the scene a year later, releasing his first album when he was just nine years old. Aaron Carter was one of the biggest heartthrobs of the late ’90s/early 2000s, and the Backstreet Boys are still one of the most iconic boy bands of all time. Those were good times, but things have been pretty dramatic in the Carter family lately. Just yesterday, news broke that Nick and his sister are seeking a restraining order against Aaron, and the details are a major yikes.

First, let’s do a little catching up on what Aaron Carter has been up to since the “I Want Candy” days, because it’s a doozy. Aaron has had several issues with the law in the last several years, including a couple of marijuana and driving-related arrests, and a 2013 bankruptcy filing that had a lot to do with not paying taxes. In 2017, he went on a show called The Doctors to discuss his health situation, namely the fact that he was scary skinny, and everyone thought he was doing meth. He tested negative for any illegal drugs, but was taking a lot of pills for anxiety and sleeping, and he also said he had an eating disorder. He entered rehab, but it’s unclear if anything really came of it.

That’s a very abridged rundown of what Aaron Carter has been up to, but 2019 has been an action-packed year. His mental health issues have been flaring up recently, and in a reported police “welfare check” recently, they tried to place him under a 5150 psychiatric hold. Unclear what happened with that, but it clearly didn’t work. Aaron has also been flaunting his gun collection lately, which seems especially problematic given the aforementioned mental health issues.

The current drama started when Nick filed for the restraining order, claiming that Aaron Carter threatened to kill his pregnant wife. According to Nick, the order was necessary “In light of Aaron’s increasingly alarming behavior and his recent confession that he harbors thoughts and intentions of killing my pregnant wife and unborn child.” In his post on Twitter, he also hashtagged #GunControl, which presumably refers to Aaron’s collection of weapons. I mean…Jesus Christ. This is some dark shit, whether or not Nick is telling the truth.

According to Aaron, he hasn’t seen Nick in four years, but they clearly have a lot of thoughts about each other. Since news of the restraining order came out, Aaron Carter has been absolutely on fire on Twitter, spreading allegations that Nick had sex with a minor, and stirring up old rumors that he assaulted Paris Hilton. He’s also accused Nick of being jealous that he’s doing well, which is news to me, but good for him I guess.

Going even further, he accused Nick of trying to get him placed under a psychiatric hold, which would be pretty wild. Whether or not Aaron is in a good place right now, if Nick hasn’t seen him for four years, I’m not sure why it would be his place to decide what he should do. Clearly, there is way too history in this family for anyone to be making decisions for anyone else. Either way, Aaron doesn’t want anything from Nick, and he made that clear by tweeting that they’re “done for life.” Harsh, but so is a restraining order.

Aaron Carter hasn’t tweeted anything in seven hours, presumably because he’s been asleep, but I’m sure he’s not done sharing his thoughts on the current situation. I’m not really sure whose team we’re supposed to be on here, but I have a feeling that neither Nick nor Aaron Carter are completely reliable narrators. They’re literally dealing with decades of issues, and we all know that there are three sides to every story. Mostly, I just hope no one gets hurt, and that anyone who needs treatment for anything gets that treatment. Sorry if that sounds vague, but I’m not tryna get sued here.