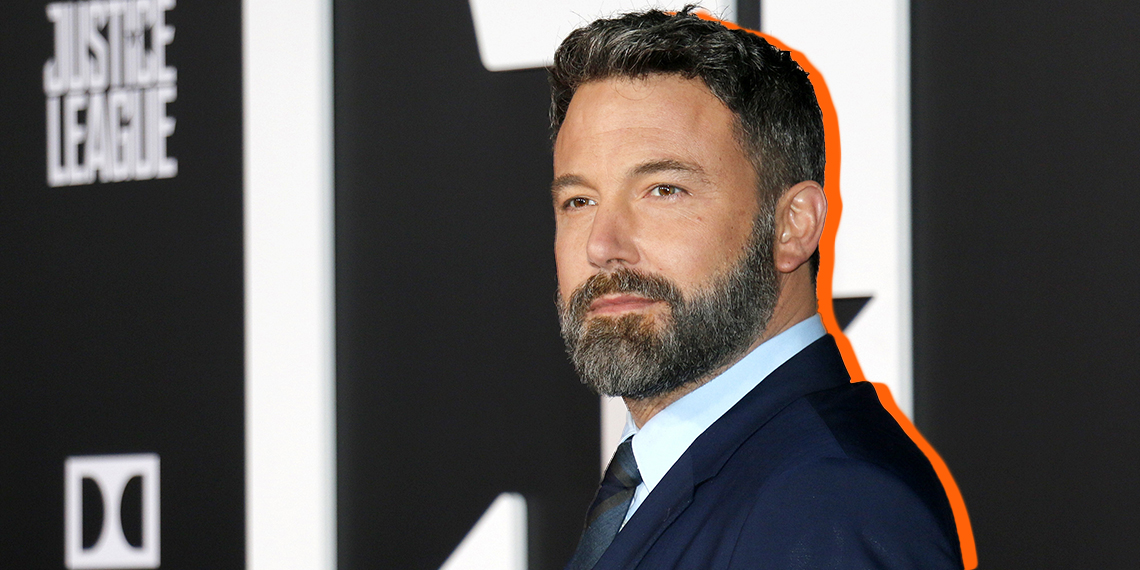 Why Is Ben Affleck Suddenly All Over My News Feed?

Today I’d like to address a very pressing matter that, frankly, is not getting enough national attention: the hostage situation that is Ben Affleck’s constant appearance on my social media feed. For those of you Gen Zers reading this and asking yourself “who?” and “but really who??”, Ben Affleck is an actor (an actor is like a TikTok star but with actual talent and the ability to memorize lines beyond 60 seconds of content). You have not seen any of his films. On the off chance that you have seen one of his films, you remember the cold fear of having to learn how to work a DVD player in order to watch it. Moving on.

Lately, Ben Affleck has been dominating entertainment news feeds in a way that no man his age has any right to. While some of us spent the pandemic cultivating our bed sores and watching The Vampire Diaries from start to finish just to feel something again, Ben spent the pandemic sucking face (or trying to suck face) with every barely legal girl in LA. There’s just something about a man his age exhibiting more thirst than my college spring break photo reel that feels like an abomination. And, trust me, I say this with love! Ben’s Boston accent in Good Will Hunting is the reason I have intimacy issues (and the reason my love language involves delicate gold chains and men whispering “sweetheart” to me in such a way that it sounds like it’s butchering the English language). I do really only want good things for the man!

But as of late his thirst levels have reached epic proportions and I can’t ignore it any longer. It’s to the point where I’m worried the fabric of the universe will disintegrate at the seams now that my Instagram feed is recommending me as much Ben Affleck content as it is Maddie Ziegler. Something is not right here, people! And so, I got to wondering, is there a larger force at play here? Is the man who got caught on camera spilling an entire staff meetings worth of Dunkin Donuts on himself actually strategically engaging in this self-destructive romantic behavior for some sort of personal gain? Is this real or a PR stunt? Let’s take a look at the evidence.

In order to understand the full extent of Ben’s year in the media, we must first go back to the beginning: March 2020. Let’s set the scene: The world is on lockdown. The only thing that comes in or out of my apartment is my wine guy with his weekly delivery of the goods. Meanwhile, Ben must be the last living, breathing guy in LA, because he is the only figure the paparazzi are constantly capturing on the streets. At this point, Ben has been romantically connected to Ana de Armas for three months. This pairing felt weird to me because of the 15-year age gap between the two and also the fact that I had never heard of Ana before their courtship (she’s never been featured on a Freeform show and she calls herself an actress?). This pairing alone would be suspect of a PR stunt… and then the pandemic hits. Now, the couple are photographed within an inch of their lives. There’s pics of them walking the dog, laughing and walking the dog, laughing and walking the dog while smelling the dog’s sh*t. At one point I was seeing more of Ben and Ana than my own image reflected back in the TV screen—and I was watching a lot of TV then!!

What makes me question the theory that this relationship was a PR stunt is that the ruse continues long after it needs to. After the summer—and the worst of the pandemic lockdowns—ends, they stay together! They continue to walk their dog and laugh when they get a whiff of its poops. They aren’t the only celebs willing to incur the wrath of Dr. Fauci for a Dunkin order, and so they become less photographed. Where things get murky is the two decide to move in together in December 2020, only to break up a month later. A life-size cardboard cut-out of Ana is found in Ben’s trashcan after the break-up. Look, I know that looks bad for Ben, but keep in mind the man once got an enormous back tattoo and was so embarrassed by it he tried to deny its existence to the press FOR TWO YEARS. Getting caught with a cardboard cut-out of his hotter, younger ex-girlfriend post-split is the kind of thing Ben would do without any ulterior motives.

Exhibit B: The J.Lo Sightings

More recently, Ben has been connected to his ex-fiancée Jennifer Lopez, following her split from Alex Rodriguez. The two have been spotted multiple times together, sparking romantic rumors even though they’ve continued to tell the press that they’re “just friends.” Sure, Jan. Look, it’s covid times, so I understand falling back into it with an ex. I have a few exes on my roster at the moment, if only because I don’t have to go through the hassle of sussing out if they’re secret anti-vaxxers. I imagine Ben and Jen are feeling the same. Not to mention, there’s nothing trendier than an aughts couple revived. The ’00s are HOT right now, and a summer of watching Bennifer 2.0. is the kind of media event that might make the world forget A-Rod’s recent cheating transgressions and Ben’s sad cardboard cut-out.

Exhibit C: Raya And The TikTok Heard ‘Round The World

And finally, Ben’s most recent offense: RayaGate. For those who are unfamiliar, Raya is a dating app for celebs and the celeb-adjacent, which apparently counts as TikTok stars now. Never mind that I’ve been applying for months. I guess “saw the back of Kristin Cavallari’s head at an Uncommon James one time” doesn’t count as celebrity-adjacent enough any more for these people. Rude!! Anyway, earlier this week a TikTok told the story of how Ben, who has staunchly denied using dating apps in the past, matched with Nivine Jay. She thought she was being catfished and so unmatched with him. Ben then sent her an Instagram DM with a personalized video to confirm his identity and ask why she unmatched with him. I’m not going to say any more on the story, just going to let the TikTok do all the explaining for me:

Who allowed this man to have access to a working phone!! My father, who is only a few years older than Ben, fails to grasp how Google docs saves changes instantaneously—and that’s the way it should be!! The video went viral immediately because of course it did. Again, this looks pretty bad for Ben. Surely, surely, he considered that a girl whose Instagram bio is just a shameless link to her podcast (a podcast dubbed “Swipe Left Podcast” no less!!) was absolutely going to share that video for her own personal gain. If this isn’t a desperate bid to stay relevant then it’s just… desperate. Yikes.

Look, the cynic in me would love to write all of this off as a PR stunt, and while the evidence is stacked against Ben, I just keep coming back to that fact that he’s no Kris Jenner diabolical mastermind. In fact, my favorite thing about Ben is that he constantly gets himself to the top, only to destroy himself once again. It’s an underdog story over and over, if only because the man has no sense of self preservation. He’s hapless and sad, like Winnie The Pooh but with a better jawline and occasionally six pack abs, but still always getting caught with the honey pot. You truly love to see it. Can’t wait to see what the rest of 2021 brings for him!