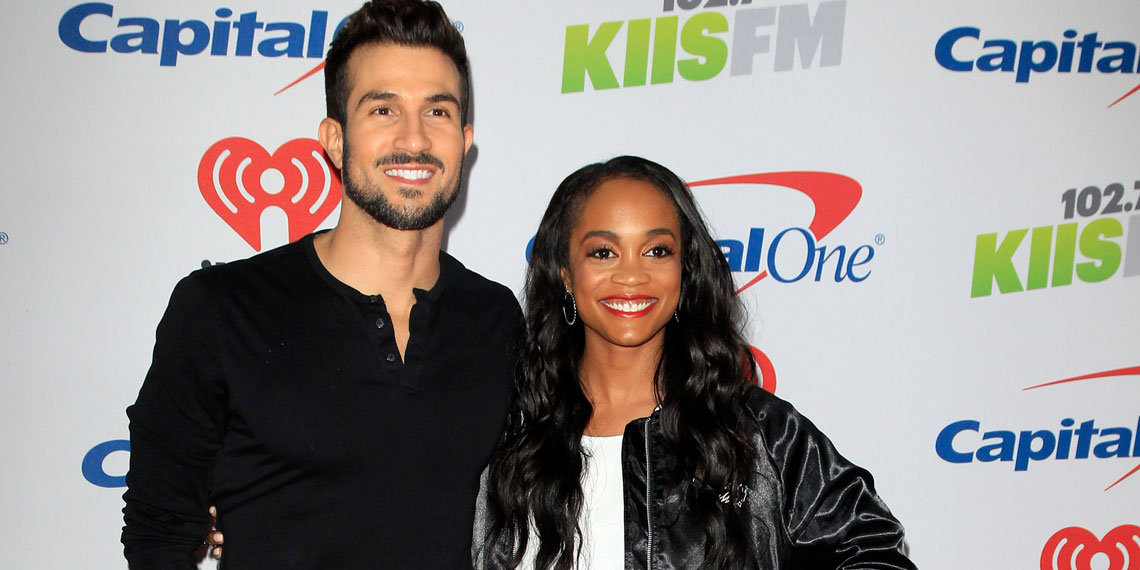 Which ‘Bachelor’ Couples Are Still Together?

I am unashamed of my obsession with the Bachelor and Bachelorette franchise. I live for my Monday night dose of drama, makeouts, and “can I steal you for a second?” While the show is never short of entertaining, their track record for successful relationships is not the best. The Bachelor has been on for 23 seasons and The Bachelorette is currently airing its 15th season. Although The Bachelorette has a better success rate of producing long-lasting couples, do we think Hannah B and her man-to-be will make it? Only time will tell. But here is a list of the couples that met on The Bachelor or Bachelorette and are still together (for now). Who is engaged? Who is already married? And how many bachelor(ette) babies are there? Chris Harrison, will you be paying for their children’s college tuition …?

While Colton and Cassie didn’t technically end up together at the end of the season, they seem to be going strong now. If you remember (I know it was a v long time ago—like, a few whole months?), Cassie left the season, Colton jumped a fence and then said adios to the final two ladies he had. He then begged Cassie to take him back, and it seemed to work out in his favor. Cassie and Colton are just dating, though, and have not gotten engaged yet. Maybe it’s the lack of engagement ring or lack of sex that’s their secret to success? That, or the sponsorship deals. It’s a little too soon to tell if this couple will make it for the long haul yet.

W for the win @wlosangeles

Becca deserved a happily-ever-after following her fiasco of an appearance on Arie’s season. She and Garrett got engaged at the end of her season and seem to be happy together (from what I can tell on social media, which we all know presents a completely accurate picture of people’s relationships). Becca and Garrett have not set a date for their wedding yet, or at least, not publicly. They have been engaged for almost a year. How long is too long for an engagement?

?There were so many people who reached out who touched our hearts. We wish we could give back to each and every one of you! Thank you everyone who participated and for the continued love and support you have given us. For that, we are truly appreciative. . Our winners for the giveaway are… @taylormlomax and @deniselaughlin3 Congratulations ladies! xo

Another successful couple that technically didn’t end up together with the final rose is Arie and Lauren. If you’ll recall (but really, how could anyone forget?) Arie chose Becca as the winner and then called off their engagement shortly after to be with Lauren, with whom he was DMing while still technically engaged to Becca. It was, overall, not a great look. While the breakup between Arie and Becca was v rocky (and uncomfortable to watch), Lauren and Arie are still together today and seem super happy. They two announced they were expecting their first child together and even got married, so okay, I guess we can stop hating Arie now.

One of my favorite Bachelor franchise couples, Rachel and Bryan went through her season ~relatively~ drama-free, and that seemed to work out in their favor. It’s been a fairly long time coming, but they will tie the knot in less than 100 days. They told Us that they’re planning on having a destination wedding, and it will not be televised. Ugh, sad. That only leaves one question: Will Peter be invited??

I told ya I’d make a cowboy out of you one day ? 3 years with you & life just keeps getting better ? Thanks for keeping me laughing and feeling loved @jrodgers11, I love you!!

Even though many viewers during Jojo’s season of The Bachelorette were not convinced Jordan was there for the right reasons, I think he and Jojo are actually adorable. Many people thought they wouldn’t make it down the aisle, but after a three-year engagement, the couple is finally going to tie the knot. They told ET that 2019 was going to be the year, but we’re about halfway into 2019 with no wedding in sight. Come on guys, I’m rooting for you! We’re all rooting for you!

I just luuurrrrve them! ❥❥❥. . We’ve been enjoying Portland but still need to know where to go, what to do, what to eat and any kid friendly activities so if you’re in the area and have any recommendations would love to know! ????thanks!

Now we’re starting the #tbt portion of this list, with Bachelor and Bachelorette couples you might have forgotten about or didn’t know about because you didn’t really watch The Bachelor back then. After Brooks Forester left Desiree heartbroken, she found love with Chris got engaged. The couple got married in January of 2015. Since then, they had a son, Asher, 2 years ago and recently gave birth to another son, Zander, in January.

Happy Easter from the Lowes!

In case you forgot, Sean Lowe was the first “virgin Bachelor”, before Colton made it a thing. Sean chose Catherine during his season as The Bachelor and they’ve seemed happy ever since. They got married in January of 2014 and of course, it was televised by ABC. In July 2016, they gave birth to their first son, Samuel Thomas, and in May 2018, they had their second son, Isaiah. They’re also one of the most fun Bachelor couples to follow and are constantly joking about marriage and parenthood on Twitter. Seriously, follow them—Bachelor Nation needs more couples like these two.

Ashley and J.P. are an adorable couple. (Have I been saying that about basically every couple on this list? Tough.) They got hitched (which was televised and officiated by Chris Harrison) in December 2012. They had their son, Fordham Rhys, in September 2014 and daughter Essex in November 2016. Clearly, this couple is still going strong. Maybe you can find love on reality TV?? BRB, going to go submit an application.

Another couple that didn’t start off together, and was kind of the original Arie and Lauren, is Jason and Molly. Back on season 13 of The Bachelor, Jason originally got engaged to Melissa Rycrof during his season but changed his mind and announced his split during After the Final Rose. Yikes. Is it better or worse that Arie didn’t dump Becca in front of a live studio audience? I’ll let you all be the judge. Anyway, Jason then asked Malaney for a second chance. They got married in February 2010 and now have a daughter, Riley, who was born in 2013. Jason also has a son Ty from a previous relationship. Could they have a cuter family of four or what? This is proof that sometimes, people make mistakes, but sometimes correcting those mistakes works out in the end.

The true OG Bachelorette success story comes from the very first season of The Bachelorette. What a simpler time it was back then—no Instagram, no #sponcon, just people looking for love (and maybe be on TV, but there was no guaranteed way to segue that into long-term success). In any case, Ryan and Trista got married in December 2003 and was the first wedding televised by ABC. After 16 years of marriage, the two have a son, Maxwell, and daughter, Blakesley.

And there you have it: proof that maybe Mike Fleiss and his cronies can actually help people find love. Do you think I should do another article on Bachelor in Paradise couples? Let me know in the comments!