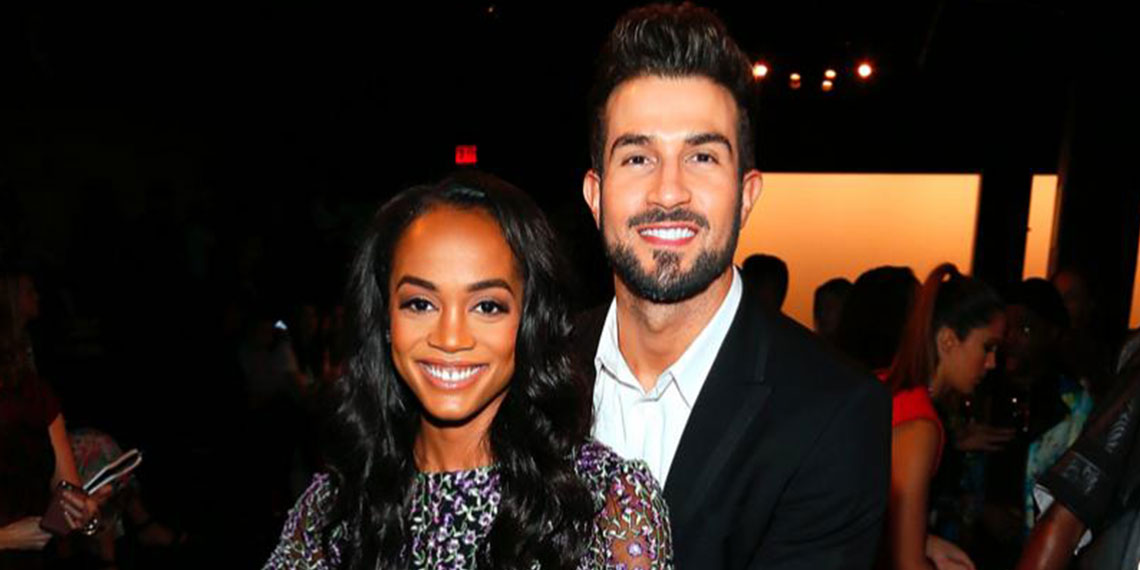 Which ‘Bachelor’ Couples Are Still Together? An Investigation

After the world was mildly underwhelmed ROCKED by the news of Kaitlyn Bristowe and Shawn Booth’s breakup just last week, I had a bit of a come-to-Jesus moment. I couldn’t help but think to myself, was it possible that a show centered around the premise of long-term speed-dating 20 identical women named Lauren (or men named Jordan), who all happen to live under the same roof, wasn’t the most direct route to a true, lasting love? I refused to believe it. However, after spending more time researching this topic than any paper I wrote in college, I came to the conclusion that not only is The Bachelor franchise an inefficient means of finding a partner, but it’s also just like….really bad at it. I know that I am likely the first person on the internet to ever make this observation. Expecting that Pulitzer nomination any day now. So it got me wondering, which Bachelor couples are still together? Not that many tbh.

Someone over at Wikipedia is doing God’s work and meticulously tracking which Bachelor couples are still together. This hero has recorded every single season, proposal, and ensuing relationship of nearly every couple that The Bachelor franchise has ever born. I say “nearly” because weird hybrids like Ashley Iaconneti and Jarod Haibon (God bless them), who came together outside the confines of the show, are not included in these figures.

Over the 22 seasons of The Bachelor’s history, there have been 14 proposals. It seems like in the early days ABC took promises of marriage much more seriously than they do today, because many of those seasons ended in a “promise ring” or just a regular old “relationship” rather than a two million dollar Neil Lane ring and a blood oath contract with DIFF Eyewear.

But what, you may ask, were the fate of those 14 proposals? Tragic, as only one couple remains together to date. Shout out to Catherine Giudici, Sean Lowe, and his entertaining Twitter game, who refuse to become another statistic. We’re all rooting for you both. We’re not counting Arie and Lauren as a success story here because Arie is a skank b*tch and we do not trust him. Don’t change my mind.

To the surprise of literally no one, The Bachelor boasts a lower success rate than The Bachelorette. I can’t decide if that’s because The Bachelorette was a show born solely off the backs of spurned women looking for redemption, or because women ultimately just make better decisions than men. Perhaps a combo of the two.

All 14 seasons of  The Bachelorette have led to a proposal, but only six of those proposals have lasted. A 42.8% success rate puts them about on par with, if not a little better than, the US divorce rate, and absolutely blows The Bachelor’s 4.5% out of the water. Who runs the world? Girls in skin-tight sequin ball gowns, apparently.

Amongst those six successful couples are the OG’s Trista Rehn and Ryan Sutter of season one, Ashley Hebert and J.P. Rosenbaum of season 7, Desiree Hartsock and Chris Sigfried of season 9, JoJo Fletcher and Jordan Rodgers of season 12, Rachel Lindsay and Bryan Abasolo of season 13, and of course Becca and Garret from the latest season.

It’s crazy how it’s been over a year and Rachel Lindsay hasn’t absconded in the dark of night only to arrive, inexplicably drenched and sobbing, on Peter Kraus’ doorstep. Justice for Peter.

Perhaps the most surprising fact of all is that Bachelor in Paradise, the drunk bastard child of the franchise, has the same the second highest success rate of the series at 28.5%. It’s like, is The Bachelor even trying??

In five seasons of Bachelor in Paradise, there have been 14 proposals, and four of them have resulted in viable, probably lasting relationships. Jade Roper and Tanner Tolbert, Carly Waddell and Evan Bass, Raven Gates and Adam Gottschalk, and Krystal Nielson and Chris Randone have all somehow navigated the tequila-fueled battle field that is Paradise and made it out the other end with someone who actually wanted to see them again. That’s not even counting the couples who didn’t get engaged but are still together, like Astrid Loch and Kevin Wendt and Kendall Long and Grocery Store Joe.

Honestly, at this point, the rest of us truly have no excuse.

Here’s hoping Colton Underwood and his totally-real-and-not-fabricated-for-PR-purposes virginity are the turning point for The Bachelor’s abysmal track record. Considering his already established proclivity for dating women in The Bachelor community, I’m sure we’re in good hands.