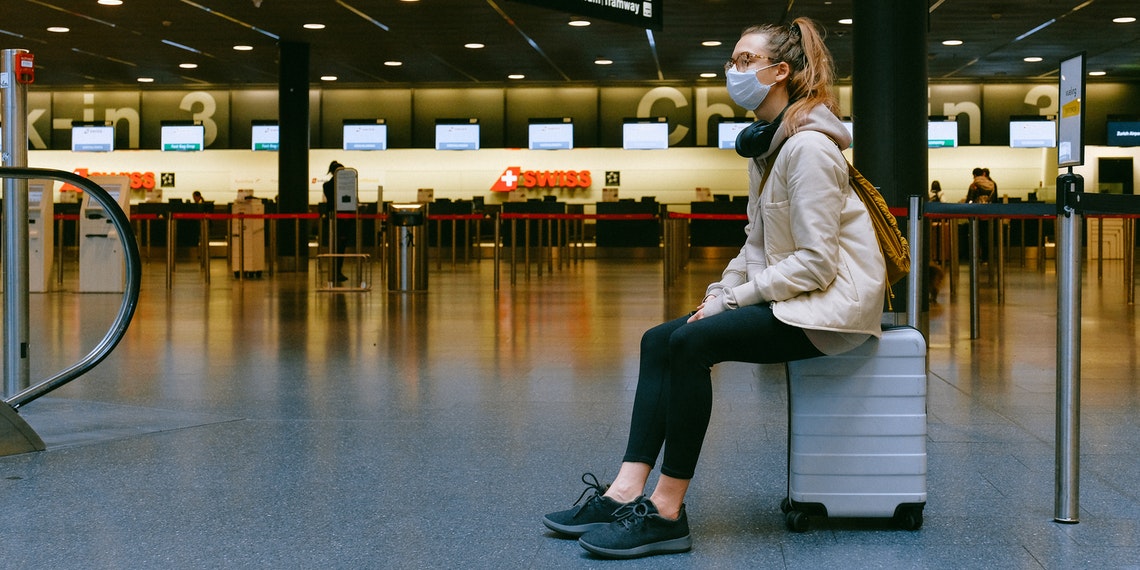 Where TF Can Americans Travel This Summer? And Should They?

As coronavirus cases climb in the United States, American passports appear to be losing their value. But America is GREAT AGAIN, haven’t you heard? Thanks, Donny! As if a raging pandemic, lack of accessible healthcare, and systemic racism weren’t enough, you can say au revoir to your European summer holiday, as well as vacations in a bunch of other places around the globe. Great. As the European Union prepares to reopen, U.S. travelers did not make the 15-country safe list and have officially been blocked from entering. So, where else can Americans travel right now? And better yet, should they travel or cancel trips this summer?

When the EU closed its borders in March, it was no small decision. The same goes for continuing the ban for Americans, considering the fact that 15 million U.S. travelers visit Europe each year, and the industry creates jobs for 26 million people. Clearly, the bloc’s economy will take a substantial hit as the travel industry’s normally bustling summer season comes and (likely) goes without its usual international visitors. The decision was based on epidemiology as opposed to the economy, with the New York Times reporting that the EU “sought to balance health concerns with politics, diplomacy and the desperate need for tourism revenue.”

Canada, New Zealand, Australia and Japan are on the list of approved countries, and that list will be reviewed every two weeks. However, it seems that the U.S. will have to make a serious reduction in new cases in order to be reconsidered, so we won’t be holding our breath. Unlike Americans, travelers from the approved country list will be permitted access to all EU member states, as well as Iceland, Liechtenstein, Norway, and Switzerland. So if you had hoped for some thirst-trap pics for your grid in Iceland’s Blue Lagoon this summer, you’ll have to keep your posting closer to home.

There’s good news for some Americans, as the ban pertains to your residency rather than your passport. This means if you’re an American living in one of the approved countries and can prove your residency there, you may be able to enter. Congrats—it’s like a get out of jail free card!

In addition to the EU, there are also a number of other countries not allowing Americans in. Canada’s Prime Minister Justin Trudeau recently announced the continuation of its border closure with the U.S. until August 21, with the possibility of another extension. Australia, New Zealand, South Africa, and China’s borders also remain closed to all international arrivals.

As of July 22, the Bahamas has once again closed its borders to the U.S. due to the recent rise in cases stateside. However, if you’re bougie enough to have a private plane or yacht, you can keep planning your vacation as long as you can provide a negative COVID test… but you may get roasted by the internet for being a covidiot if you do.

Dreaming of the beach? You might be in luck, as a number of Caribbean countries are open to visitors. Belize, Barbados, and Jamaica are all open to international travel, as well as St. Barts, St. Lucia, and Antigua. However, each country or territory has its own COVID restrictions upon entry. Some include providing a negative COVID-19 test no more than a week old, or temperature and health checks upon arrival.

Mexico is also an option, even though the land border between the country and the U.S. remains closed. You can still arrive in certain areas by plane, but keep in mind that states are opening in varying degrees, so not everywhere in the country is ready for visitors.

Despite the ban, Europe is not completely off-limits to Americans this summer; the open countries just might not be the places you have at the top of your bucket list. Albania and Serbia are European countries not yet in the EU that are currently allowing international travelers, so start your research on their tourist destinations if you really want to book a trip. Apparently Serbia has a killer wine region—who knew? Additionally, Croatia has decided to issue its own travel requirements outside of the EU’s restrictions, allowing for non-EU citizens to visit, but requiring proof of pre-booked accommodations. Meanwhile, in the UK (no longer an EU member, as you may recall), international travel is permitted; however, all American arrivals must quarantine for 14 days upon entry.

“Just Because You Ameri-can Doesn’t Mean You Ameri-should”

I hate to be the Debbie Downer here, but even though some countries are open doesn’t mean you should be booking the first flight out. The CDC and the U.S. State Department still have travel advisories that warn against non-essential travel. You know what sucks more than wearing a mask during your staycation? Being on a ventilator.

As much as you’re eager to take new travel Instagrams, we are still amidst a pandemic, and there are still a lot of risks associated with travel. Air travel may increase your exposure to the virus due to difficulties with social distancing and being near people indoors for an extended period of time. If you do decide to fly, take the common-sense precautions we’ve been talking about for the last five months: wash your hands regularly, wear a mask, cover your face when you cough or sneeze, and stay six feet apart when possible.

Travelers should also consider the practical risks, like obtaining health insurance. Some travel health insurance becomes void when there is a government travel advisory, so be sure to always check to see that you will be covered in case you get sick or injured during a vacation.

Many countries are not as lax as the U.S., with nations like Canada and New Zealand still keeping their borders completely closed to visitors even though they have drastically fewer cases and deaths than the U.S. The countries are also enforcing mandatory 14-day quarantine to anyone who enters the country. Additionally, countries like Australia have issued a complete ban on overseas travel, and any exemptions must be approved by the government. Given that the success of flattening the curve in these countries has far outweighed the efforts (or lack thereof) of American officials, it might be wise to take a page from their book.

Party In The USA, Because You Won’t Be Going Anywhere Else

Yes, 2020 has indeed been a horror show, with the U.S. as its main character. For now, let’s hope that next year gets a whole lot better and we can resume our partying in Mykonos in 2021. On the bright side, where other than America can we see a Karen go postal in a Trader Joe’s because her CoNsTiTuTiOnAL rIGhTs are being violated? Plus, there’s still an election that could go horribly wrong! Seriously, just so much to look forward to this year.

Do everyone a favor and find a friend with a beach or lake house, and just stay the fuck home/in said vacation house and drink margaritas until Florida feels like Florence. Good luck.

Katie is a content writer from Vancouver currently living in Sydney, Australia. She spends her time avoiding getting burnt, going for coastal walks, and cooking. Her passion is hunting down the best pastry and coffee combo in whichever city she’s in.