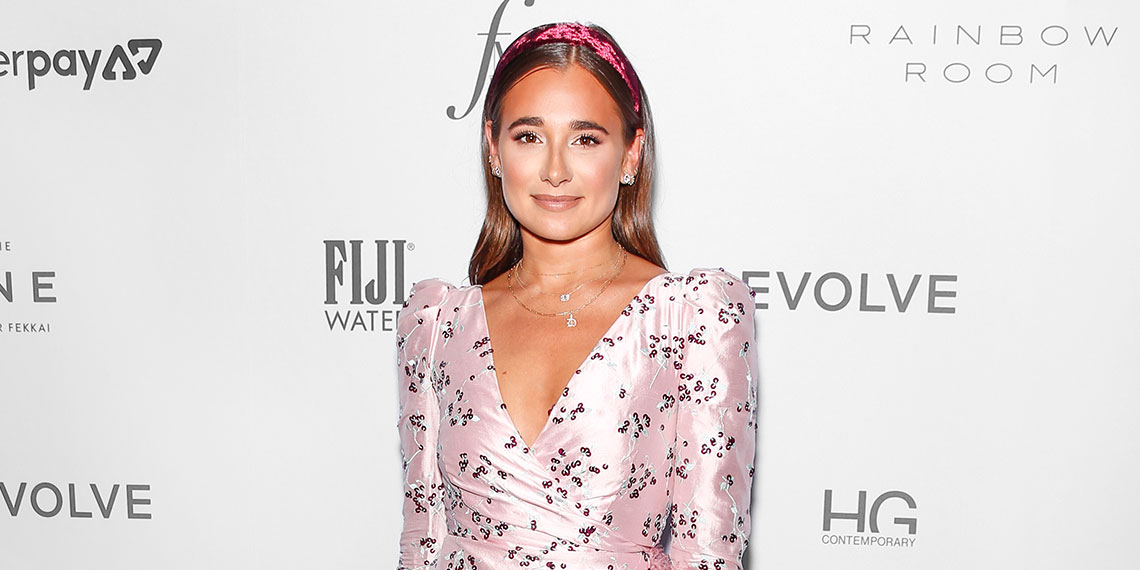 What’s Going On With WeWoreWhat And A Poshmark Seller?

Hope you’re having a good Friday, because someone is getting fired today!

If you follow fashion influencer and entrepreneur Danielle Bernstein of WeWoreWhat, you know that she has a line of bathing suits with swimwear brand Onia that’s coming out. Well, an employee at Onia accidentally took a batch of unreleased samples (instead of old/leftover samples) of WeWoreWhat x Onia swimwear that isn’t coming out for another two whole seasons to Goodwill. OY. Yes, this is the person that’s getting fired. But this isn’t about the employee who massively f*cked up, but rather, what happened when a user on Poshmark stumbled upon the yet-to-be-released collection.

While the accidental Goodwill drop-off probably doesn’t sound like too big of a deal at first, because let’s face it, the fashionistas of the world aren’t out here bargaining at Goodwill around the clock, it became an issue when fashion reseller Jade (@fashionwithouttrashin) bought the swimsuits to re-sell on her Poshmark site. She probably didn’t know that the collection was yet to be released to the public, so it’s not her fault for putting it up and thinking she’d scored a great find.

Danielle caught wind that her unreleased samples were being sold on Poshmark, and of course DMed Jade asking her to take them down. On Danielle’s IG Stories, she discusses how she “messaged Jade in full panic mode,” which like, any of us would be. I’m in “full panic mode” when I make a typo in a tweet, so I can’t even imagine. Amidst the panic, Danielle asked Jade where she got the samples, told her she’d buy all of the product back “at cost”, and kind of just kept saying “omg!!”.

Now things start to get really messy (because oh, sometimes conversations get misconstrued over Instagram DM if you’re foreign to the concept): Jade asked Danielle to pay her back at the resale value, aka the amount it cost her to purchase the swimwear, pay her employees for “modeling, editing and listing the items,” and account for what she would have made if she had sold the product. Aka not simply what she paid for the swimsuits. This came out to $13,000.

(I think she meant “cooperation”, not “corporation”.)

So basically, there was a total miscommunication over the whole $13,000 amount. Danielle claimed that she missed the word “resale” in those initial messages, so she was shocked when Jade wanted $13,000, and she pushed back at that figure. Danielle’s pushback led to a bunch of crying IG Stories from Jade that I didn’t have the fortune of watching in full—because I’ve got an article to write!—bashing Danielle/Onia, and saying that she basically felt like the little guy that’s being bombarded by the huge force that is WeWoreWhat. From there, it got picked up by social media, people started leaving mean comments, and then both ladies had to respond via a sh*t ton of selfie video Instagram stories to get everyone to cool off.

I legit feel terrible for both sides. Danielle posted an emotional video explaining how hurt she is that people don’t think she supports female entrepreneurs. And I can totally see how it’s super intimidating for Jade, who puts a lot of time and effort into her business on Poshmark, to be caught up in a messy situation with someone as influential as Danielle Bernstein.

Some of the stories are still up, if you want to go watch all the crying firsthand. But for now, it seems like all is well—the swimsuits have been removed from Poshmark, and both Jade and Danielle posted on IG that it was a true miscommunication and they don’t wish each other any ill will. The lawyers are handling it at this point, meaning my job here is probably done.

Meanwhile, I’ll be saving up my money so I can buy WeWoreWhat swim in two seasons. Just prob not from Goodwill.