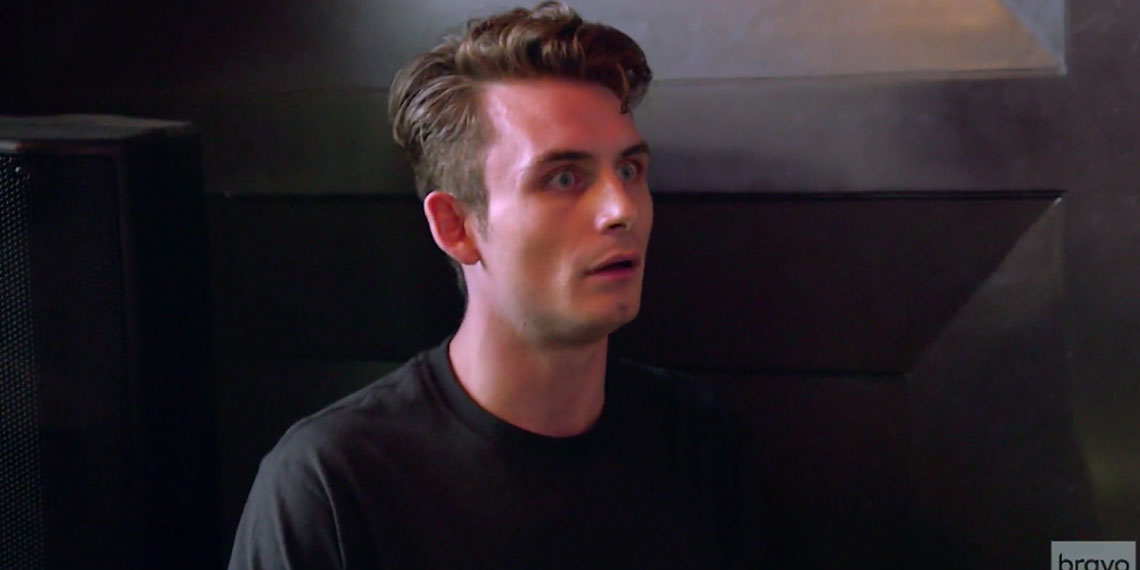 GOOOOD MORNING LOS ANGELES!!! It is finally, FINALLY, Vanderpump Rules season 7 episode 1! It’s been a long off-season, filled with social media fights, TWO engagements, and even some pregnancy rumors. God, I love these trash bags. Judging off the premiere, I expect this season to be fully insane. No CouchPillowGate—like real, actual drama. Or at least, we better *clutches knife*. Just kidding, it’s all love here! (No it’s not.) On the real, this season of recapping is going to be a little bit difficult, given that I have met many of the SURvers, and now I know some of them read Betches!

But don’t you worry, loyal fans, I will strive my hardest to keep this recap as savage as I always have. So without further preamble, because this isn’t the f*cking US Constitution, let’s begin. The moment you’ve all been waiting for… the Vanderpump Rules season 7 episode 1 recap.

It’s SEE YOU NEXT TUESDAY BITCH WITH JAMES F*CKIN KENNEDY, and this could not be a better way to start the season. Honestly, I love James. Say what you want about him (and I know the cast will this season), he’s f*cking hilarious.

At Jax and Brittany’s apartment, we see Jax making Brittany a sandwich. Wow, we did it guys! Jax has changed! Gender equality has been achieved! He’s really turned over a new leaf after laying some deli meat on bread.

Too far? I’m just getting started.

James Kennedy, in true James Kennedy fashion, has a lyric in one of his songs about how Jax f*cks faith. This is, in a nutshell, why I love DJJK.

James: This is my art, do you think Kanye apologizes for saying ‘you can be my next Kate Moss tonight’?
^I paraphrase because James got the lyric wrong. But LOL that James thinks playing some music at his restaurant is “art”.

Lisa rolls up to SUR with a brand-new set of veneers that are too much, for the record, and Ken.

Ok now I feel kind of bad saying that because Lisa’s brother just committed suicide and Lala’s dad died in an accident. This is dark; no jokes at this time.

Scheana talks about her breakup with Rob, in what better f*cking be the first and last time this season, so help me God. Just in case Rob didn’t suck enough already, we learn he dumped Scheana by inviting her over, MAKING HER WAIT WHILE HE PICKED HIS FANTASY FOOTBALL TEAM, and then dumping her. Scheana, you deserve better, sis. I know he can hang a TV in under 7 minutes, but come on. He ain’t sh*t.

Jax rolls up to SUR to go beat up James. At his place of employment. Seems misguided. James notices Jax and literally looks like he’s seen the Devil himself. I mean like… James should have seen this coming. Talk sh*t, get hit. James is like “I apologized to Brittany, I said I was sorry!”

Jax would say that. So an apology only works when Jax does it? Okay. Watching Jax and James argue and call each other bad people for doing the exact same shit they each do all the f*cking time is literally this:

James explaining what happened to Lisa: I was freestyling creatively when I just so happened to bring up how Jax slept with Faith

I mean… where is the lie, though??
Lisa Vanderpump: We can all rap. You’re a piece of sh*t, I gave you a pass, now Jax Taylor’s gonna come and kick your ass
Me:

Stassi and Beau (hi Beau!) show up to some restaurant or whatever with Schwartz. Once again, Patrick was trash, dumping Stassi on their four-year anniversary. STASSI STOP CRYING WHEN TALKING ABOUT BEAU, NOW I’M CRYING.

Schwartz has not changed, ordering a “half-shot” from the waiter. I’m pretty sure they don’t do that, fam.

Schwartz: You can either do three full shots, or six half-shots. It’s twice the glory and half the alcohol.

Wait, have I solved Schwartz’s alcohol problem? Is it just that he can’t do math? Maybe he doesn’t need rehab after all, just a math tutor??!?

Back at the restaurant, Jax legit goes from “yea James sucks” to “btw I’m proposing to Brittany on Thursday.” I didn’t even editorialize that at all, that’s exactly what he said. Also can we discuss how weird it is that Jax just told his ex-girlfriend that he is proposing to his current girlfriend? We’ve really come full circle with this group.

Katie, Lala and Kristen show up to some piercing place to all get their ears pierced, like this is f*cking summer camp in The Parent Trap. Lala is legit wearing a bra as a shirt, and I respect it.

Apparently when Randall, Lala, and James were at Coachella James said “c’mon we all know each other inside and out, you know what I mean?” Lol was this at Kygo? Because if so, I was there. Actually wait no, I would have remembered meeting Randall. NVM. And for some reason, *this* is the straw that broke the camel’s back with Lala and James’ friendship. I mean, I get that the comment was inappropriate, but also, unless Lala neglected to tell Randall that she and James hooked up, all he did was tell the truth… so… IDK.

The tides have really turned against James, he’s a total outcast this season. This is going to be interesting. I’m also glad that Kristen has gone full Crazy Kristen. She calls herself the “motherf*cking karma police,” and Kristen, that’s not how karma works. What you’re doing is not karma, it’s just revenge.

Ken, Lisa, and the Toms go to Villa Blanca (at least I think it is, judging by the all-white decor), to talk about TomTom. SURPRISE, the Toms have been MIA and Lisa needs their help. Legit, all this woman needs is a f*cking cocktail list and y’all can’t even do that?

Sandoval: We’ve been working for hours every week just on cocktails.

Ok and???? Where are they?? Call me a snob, but I don’t feel like it should take that long.

Lol so now Sandoval and Schwartz are mad that Pandora went ahead and made a cocktail list when y’all asses were procrastinating? This is legitimately every man who goes “but I was just about to take the trash out!” after you take the trash out because you’ve been asking him to do it for days while he sits on his ass playing video games.

Sandoval: I didn’t realize Pandora is a mixologist now.

And the fact that Sandoval calls himself a “mixologist” in earnest is why I will never take him seriously as a human.

Stassi and Brittany are at the dog park, and LOL I love that Beau’s dog is named Refund. Why??? Beau, please answer me.

Actual footage of Stassi trying not to tell Brittany that she’s about to get engaged:

I love that Sandoval can’t even talk about Jax and Brittany getting engaged without mentioning that he is salty that he and Ariana aren’t engaged yet. IT’S BECAUSE SHE DOESN’T WANT IT! Like I don’t even know the girl and I know that. Jesus Christ, what is wrong with you?

While Jax and Brittany were broken up, she hooked up with her ex. All I have to say on the matter is: ok, sis!!

Jax and Brittany are getting ready for dinner or wherever Jax is proposing, and he can’t fit the ring in his pocket so he…. stuffs it down his pants. Why not wear baggier pants?? Also give the producer who told Brittany to wear white an Emmy.

Stassi and Kristen are at Katie and Schwartz’s. F*ckin psychic Kristen has predicted that Jax is proposing tonight.

Stassi trying not to spill the beans:

Wait a second, Jax is taking Brittany to like, Joe’s Crab Shack to propose? And they say romance is dead. Back at Katie and Schwartz’s:

Stassi: You guys are very intuitive.
Kristen: Yeah I know right, because he texted me—
Stassi: Do you know what I said?? I said you’re VERY INTUIVIVE. Get it??
Kristen: Right because I texted him—
Stassi: JAX IS PROPOSING!!!

Back at f*ckin Arthur Treacher’s, Jax is all over the damn place. He literally does not know which way is up and sticks his head in the service window to be like “give me a tray.”

He comes back without the crab, but with the ring on a f*cking pLASTIC TRAY. I am beside myself.

Everyone else at these PICNIC TABLES is like “wtf is going on” probably because NOBODY PROPOSES AT THIS RESTAURANT!!! Sorry, not over it, will never be over it.

Brittany is legit crying and kissing him, and pretty much the episode ends by Brittany wailing “I’m engaaaayeged!” Is this the new “rawt in hail”? I think so. And that’s it for this week! Can’t wait for the rest of the season, where everybody gangs up on James.