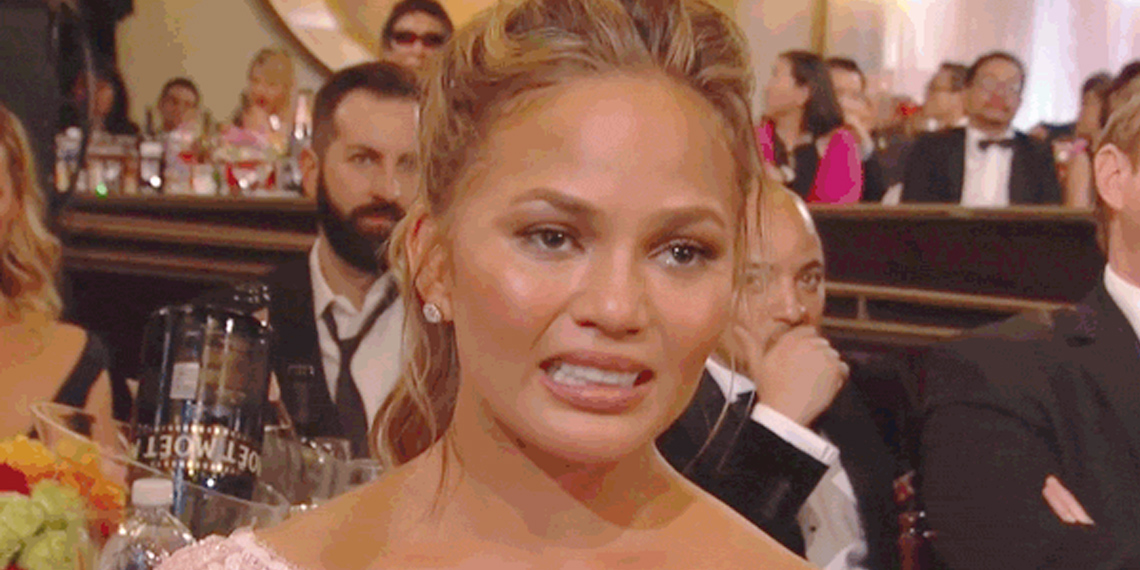 Is Your Week As Awkward As The Oscars? Here Are Your Weekly Horoscopes For March 5-9th

While some are on spring break, others are anxiously awaiting spring break. The rest of us are too damn old to get a spring break, and will endure another week of microwaved meals in the office and waiting for the weekend. See kids, you have a lot to look forward to in life. Anyway, here’s to hoping your horoscope gives you a week less awkward than someone mentioning Harvey Weinstein at the Oscars.

Don’t trust your first impression of others this week. A bunch of planets collected in Pisces in your house of the unconscious means your snap judgements won’t be as spot on as they usually are. I mean, totally go ahead and judge the new employee on their bad shoes or dumb questions during the company meeting, but maybe give Hinge matches a second chance when your first conversation is a bit weird.

The planets in Pisces in your house of compassion means many of your friends will be turning to you for a sympathetic ear or shoulder to cry on. Work on balancing empathy with not giving a fuck about other people’s problems. I mean, there is only so much bullshit you can hear without internalizing some of it. You don’t need all that negativity in your life.

The Sun is at the very top of your chart, so you’re still getting a lot of attention this week. Unfortunately, a pile up of planets in Pisces could have you feeling more sensitive and thin-skinned than usual. Still, you can’t just hide away and avoid shit you have to do. Buy a new Fenty lipcolor or something and channel the DGAF powers of Rihanna to slay through your week with a bit more confidence.

Mars helps you out this week if you have to be stuck behind a desk refreshing Insta and Twitter until the weather gets better. The energy from the planets will give you the focus and determination to not hastily turn in your two weeks via angry email. Hey, as long as someone can’t see your computer screen, swimsuit shopping looks a lot like working.

You’re likely to take it a little too far this week. The planets in Pisces in your passionate eighth house push you toward the kind of experiences that make life work living. Since you’re craving an intense amount of excitement, love, and adventure, it might be a good idea to appoint your best friend as your keeper. You know, someone who won’t let you follow through with hooking up with a dude just because he looks like James Franco in Spring Breakers.

It’s time to put your selfish desires aside this week. I know, I know, that’s so annoying, but it’ll work out for the best. A combination of planets in your house of relationships means you might have to concede that dumb argument with your boyfriend, or at least let him think he’s won. Being a team player will ultimately benefit you in the end, so bite the bullet this week and go back to the “me first” mindset next week.

Better hit up Sephora this week because you will be needing some major self-care before Friday. I’m talking face masks, hair masks, new nail polish, the works. The planets in Pisces in your house of work mean you’ll feel how Britney Spears’ hair extensions always look: haggard. Don’t worry, things look much more relaxed, smooth, and polished by next week.

It might seem like everyone around you is happy and having a great fucking time. You might not be wrong. The problem is, you won’t be having as much fun as you pictured. Planets in Pisces and your house of romance, creativity, and entertainment mean there are opportunities to have fun—your idea of fun could be different from what your friends see as fun, though. Don’t be afraid to break off from the group in search of your own happiness.

Venus is about to transition into your romance zone on Tuesday and stay there through the end of the month. Others won’t be able to resist. If you’re still on the market, don’t look for dates on appearance-based apps. Mercury wants you to be with someone who you have a lot in common with, so pay more attention to the office hottie or the guy who has the same gym schedule as you do.

You have a lot of inspiration this week, so you should probably use that to your advantage. This is the time to create that Instagram or blog dedicated to your niche passion or submit that think-piece to that weird online zine you love. Whatever it is, forget what others will think. Besides, no one has to know unless you go on a streak of annoying self-promotion and tell everyone about it.

You might be living like you’re on vacation this week, but much like the calories in your pina colada, the dollars you spend at the beach will add the fuck up. I’m not tell you to not spend money, I’m just warning you that you’ll definitely regret it later. Too bad there’s no gatorade and aspirin equivalent for a bank account with a major hangover.

You’ve literally never been more in sync with the world and the planets around you, so there’s nothing for you to worry about. Sure, the day-to-day isn’t really on your mind, but you probably have some “big picture” stressing going on. Just remember that 1) it’s still your birthday month so things will inherently work out for you, and 2) everything happens for a reason. That second thing might be total BS, but the first thing is true, I’m pretty sure.