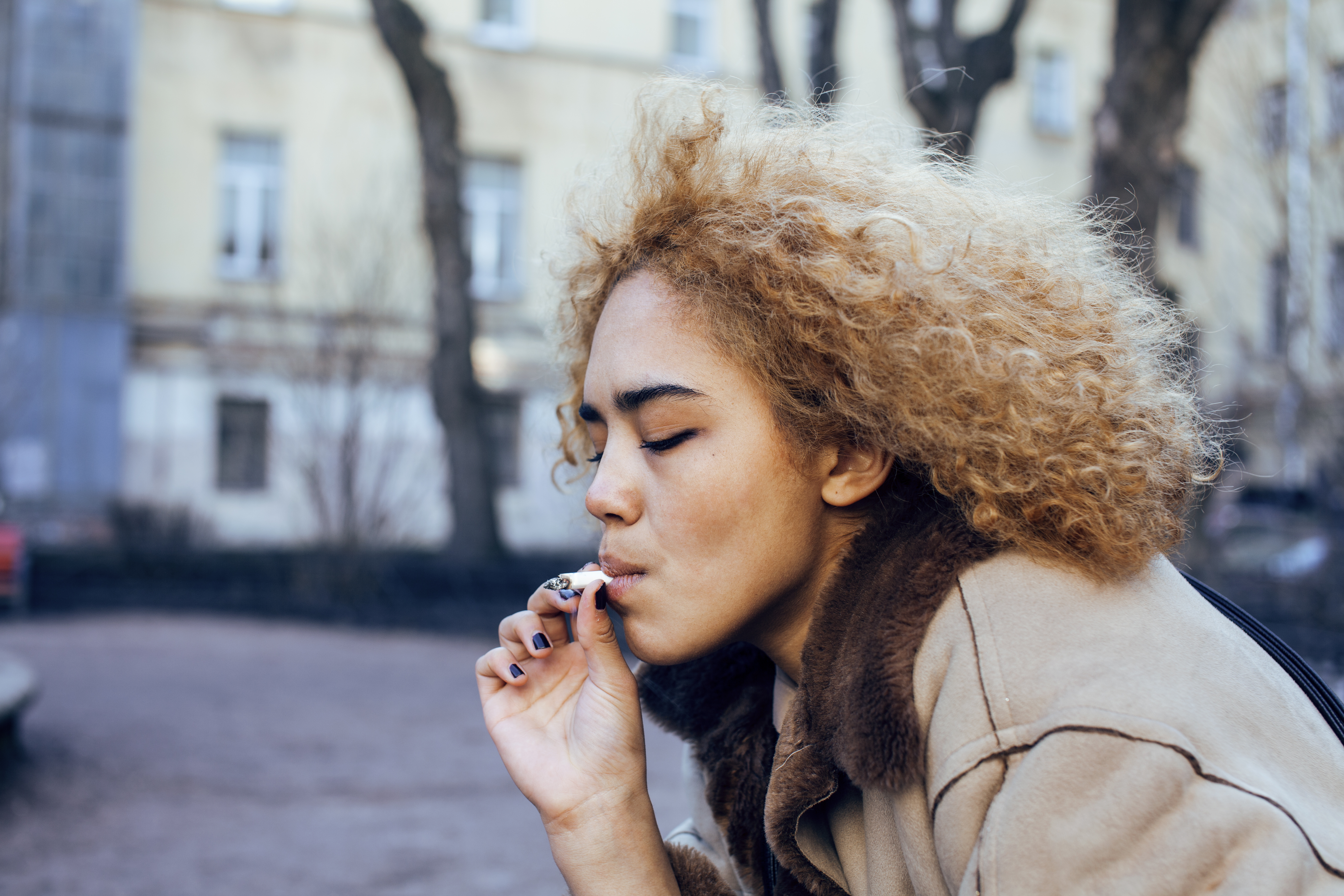 Where Can I Get High Legally: A 4/20 Investigation

Today is 4/20, which means betches who love weed will be smoking in celebration and betches who don’t will be pretending they do in order to look like, super chill. Whichever category you fall in to, I am here to update you on the current state of legalization in the US, because I am selfless and don’t want you getting arrested or fined on this sacred holiday. You’re like, so welcome.

It’s 2018, Trump has been president for over a year, half of the people he’s ever met have been subpoenaed by Robert Mueller, Zuckerberg probably sold the data on everyone you’ve ever instagram stalked to Russia, and it’s snowing in New York in April. In other words, the citizens of America are in dire need of a stress-relieving drug. Public approval of marijuana legalization has never been higher, more than doubling since 2000 to clock in at 64% of US adults in 2017. Among anxious millennials, who have been gifted climate change, the gig economy, and mass incarceration, support is understandably even higher at 70%.

However, marijuana remains a schedule 1 substance in the federal classification system, rendering it equivalent to heroin or methamphetamines in the eyes of the law. Regardless of the fact that this is literally insane and I personally have had many more near death experiences related to alcohol than marijuana, this means that while states may legalize or decriminalize, federal prosecutors can still sue individual businesses. Jeff Sessions intends to keep it that way, and rescinded an Obama-era guideline that basically let states legalize without federal interference.Trump and Sessions appear to be divided on this issue, so stay tuned to find out who wins that battle. I’m sure they will deal with this right after Syria and gun control. Anyway, now that I’ve given you enough legal background to impress the next hot stoner you encounter at a party, let’s get down to where you can and can’t smoke legal weed.

Nine states and the District of Columbia have completely legalized marijuana, including its use for recreational purposes. In Alaska, California, Colorado, Oregon, Nevada, and Washington, you can fully purchase weed for fun at legal dispensaries. It’s literally lit. In DC, Vermont, Massachusetts, and Maine, recreational sale is either not legal or pending legislation, but you are allowed to smoke, carry, and grow your own marijuana. Dude…nice.

Some states have decriminalized marijuana to varying degrees, so it isn’t legal, but penalties for possession are usually just fines, and do not incite arrests. In many states, this is part of an important broader effort to reform the punitive and racist enforcement of stricter marijuana laws. The decriminalized states are: Connecticut, Delaware, Illinois, Maryland, Mississippi, Missouri, Nebrasksa, New Hampshire, New York, North Carolina, Ohio, and Rhode Island. Right on.

Where It’s Medical, But You Probably Have  Anxiety So It’s Fine

States that allow medical marijuana include decriminalized states, recreationally legal states (duh), and some states where non-medical use is fully illegal. The non-recreationally legal states that do allow medical marijuana are Arizona, Arkansas, Connecticut, Delaware, Florida, Georgia, Hawaii, Louisiana, Maryland, Michigan, Mississippi, Missouri, Montana, New Hampshire, New Jersey, New Mexico, North Dakota, Pennsylvania, Rhode Island, West Virginia, and Virginia. So basically, all you need to do is successfully convince your psychiatrist that you have anxiety, as you’ve already been doing for years to access your Xanax prescription, and you can get weed in these states. What a time to be alive.

Where It’s Illegal, But You Didn’t Want to Go To Kansas Anyway

Unfortunately, there are still some US states fully committed to outlawing weed (and joy). All forms of marijuana, including medically-prescribed weed, are illegal in Alabama, Idaho, Indiana, Kansas, Kentucky, Montana, Oklahoma, South Dakota, Tennessee, Texas, Utah, Wisconsin, and Wyoming. You probably weren’t going to use your previous vacation days in Montana anyway. Land of the narcs, if you will.

Happy 4/20, betches! Get high and don’t feel too guilty about ordering McDonalds via Uber Eats, it’s a damn holiday.