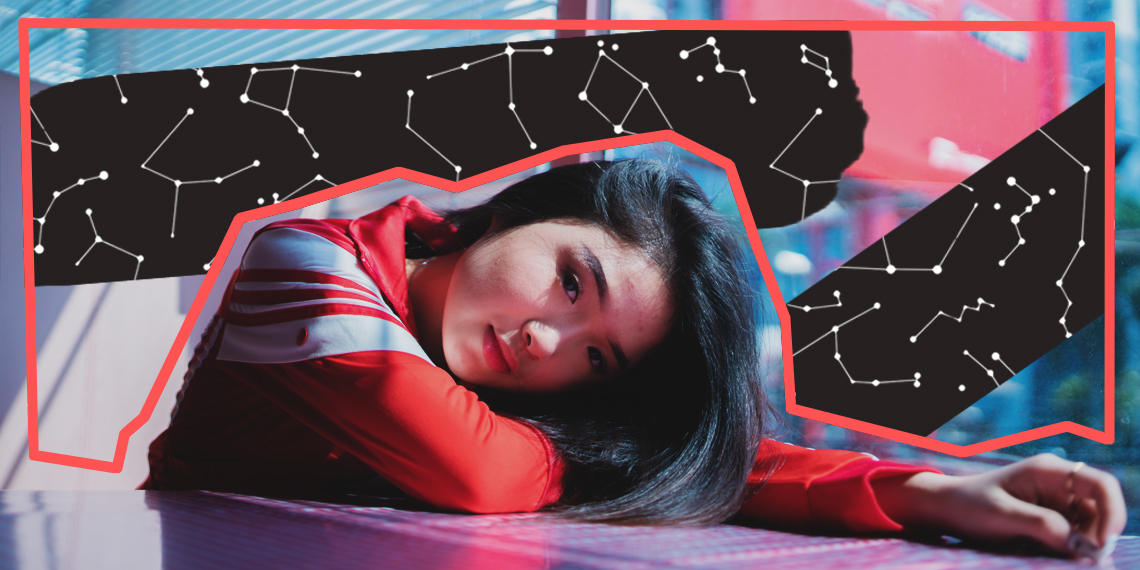 You probably know that Mercury is in retrograde right now (isn’t it always), but that’s actually the least of your concerns. This Wednesday Uranus (lol) moved out of Aries for the first time in seven years and landed squarely in Taurus, meaning sh*t is about to change dramatically for everyone. Ugh. Just when you were getting your life together (kind of). Here’s what the stars have in store for you this weekend.

What is this feeling? Is it…stability? This week Uranus left your sign and headed into Taurus, meaning your typical Friday night urge to go ham and forget your own name has finally passed. Not saying you’re gonna give up tequila shots entirely, but you’ll definitely be spending less on Uber cleaning fees, and that’s definitely something.

You’re typically the person in your friend group who calls the Uber, steals your friend’s phone when she’s about to text a f*ckboy, and holds her hair back when the vodka comes back to get her. Starting this weekend, be ready to switch roles. Crazy-ass Uranus is headed into your sign this weekend, making your normally level-headed sign go batsh*t crazy. Don’t worry. It’ll only be there for the next seven years…

Boundaries, Gemini, boundaries. Learn what this word means. Uranus is officially chilling in your twelfth house of “transitions and deep inner healing,” meaning it’s time to reevaluate your relationships with some of your “friends”. Is Meghan actually a bestie, or is she just someone who wants to take advantage of the liberal buddy pass policy at your gym? Also, can you even respect someone who spells Meghan with an h? These are questions you must ask.

There’s a new moon in Pisces rn and it’s hitting you with a serious desire to GTFO. Seriously. If you’ve got travel miles, it’s time to use them. (If you don’t, Jennifer Garner seems pretty obsessed the Capital One Venture Rewards Card.) Obviously a last-minute vacay can be kind of a tall order, but if you ignore this desire now then you’re doomed to three more weeks of no vacation like a sad pale Punxsutawney Phil. Don’t be a sad pale Punxatawney Phil.

The new moon in Pisces is giving you all types of feels, specifically the “I need to know wtf is going on in my relationship” feels. If you and your latest boo are in undefined territory, this is the weekend to either lock it down or let it go. If you are in a committed thing, first of all congrats, second of all, how can you take it to the next level? I’m not saying get married, but I am saying there’s no harm in starting a Pinterest board for centerpieces. That’s just responsible planning.

Exciting news for you, Virgo. After seven years of chilling in your house of relationships and f*cking up your entire life, Uranus has moved on. Yep, that’s right. Since the year 2003, Uranus has been sabotaging all of your relationships. You knew it wasn’t your fault. But now you’re free! Take this weekend to advance a current relationship, scope out new prospects, and finally let go of the f*ckboys that were holding you back. Also f*ck Uranus forever, right?

Uranus is on the move, and so are you! It’s time to change sh*t up. This is not the weekend to hit up your usual bar, with your usual friends, and order your usual drinks. You’re in the mood for a change, even if that just means getting a different type of cocktail. Even Carrie Bradshaw has started drinking Stellas now. Find a way you can change it up this weekend, or be relegated to a fate worse than death: boredom.

Awwww Sagittarius what’s wrong? You’re like, hella sensitive right now (thanks, new moon in Pisces). To get through this weekend without a public meltdown, remember the following:
– No, everyone is not mad at you.
– No, everyone is not hanging out without you.
– Sometimes texts come off angry but the sender was actually just on the toilet and typing with one hand.
– No, these feelings do not belong on Insta story.
– Please text your mother.

Luckily for you, Capricorn, this new moon in Pisces is actually having a positive effect on your life (see every other sign’s horoscopes for more info on how this could have played out). You’re in the mood to get sh*t moving in your life, so take some time this weekend to be productive in some form. Just remember that Mercury is in retrograde, so please check and re-check all important emails for typos.

Admit it Aquarius, you’re bored af. Luckily, Uranus is flying all over the place rn, making this weekend the perfect time to shake sh*t up. This is not the weekend for responsible decision-making. This is the weekend for following fun, excitement, and adventure, no matter where that may lead you. Just remember to refrain from using the phrase “Uranus made me do it” when your parents are buying you a return flight from Vegas because you woke up Sunday morning with $-100 in checking.

New moon, same you! The new moon in your sign is amplifying all your most-Pisces like tendencies, so don’t be alarmed if you cry at every dog that you see. The new moon is also going to give you some clarity about wtf you’re doing in life (for once), so be sure to take some time to actually write your goals down before the new moon fades and you forget literally everything you wanted to do with your life.