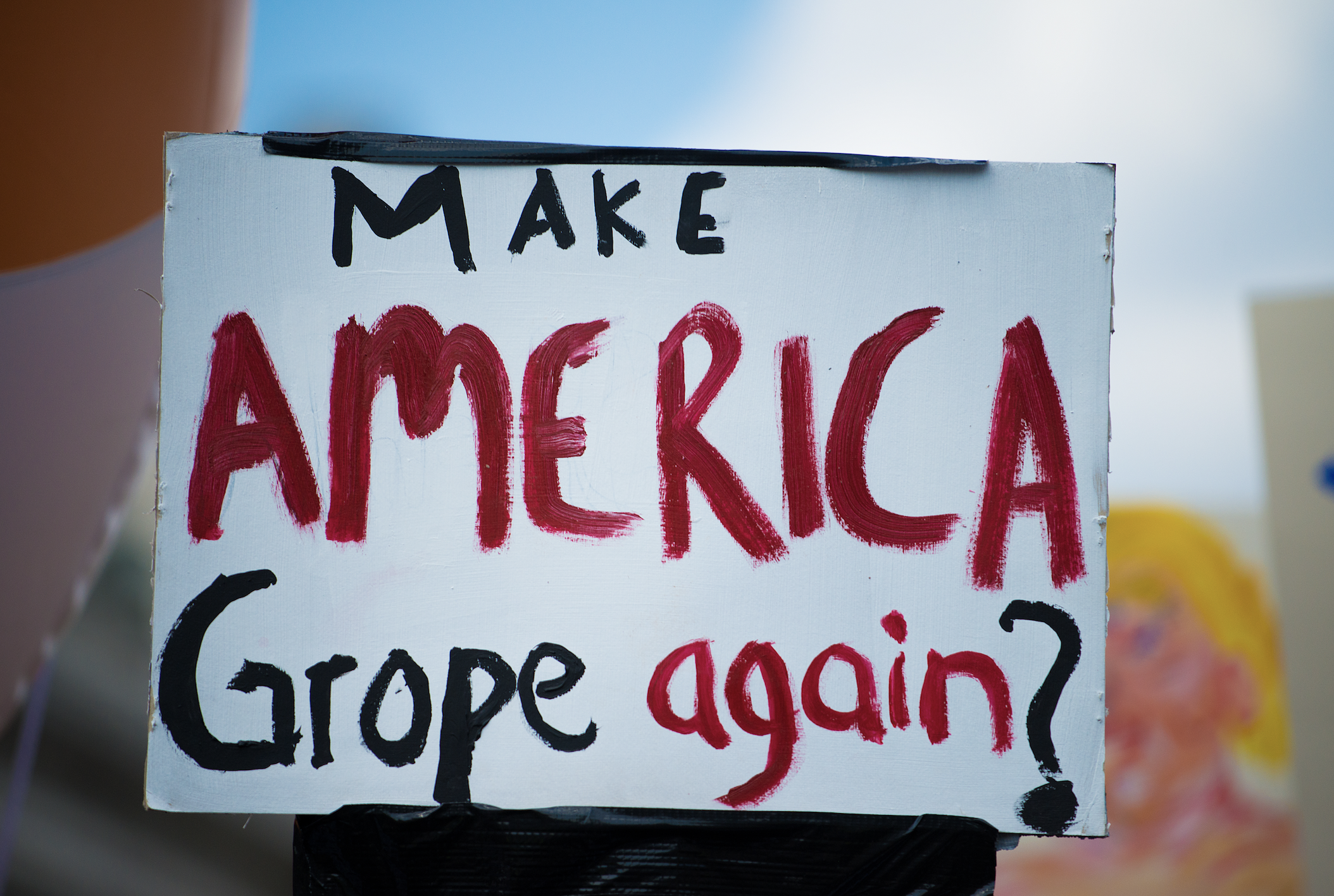 It’s official! The new leader of the #MeToo movement has been crowned, and her name is Emelia Holden. Holden, 21, was working at Vinnie-Van-Go’s in Savannah, Georgia when Ryan Cherwinski, 31, decided that it would be totally acceptable if he gave her an ass-grab-and-go. Apparently the ten whole years of life experience this man has on her didn’t once teach him that women aren’t free petting zoos, but for the first time in the news since 2016, this story has a happy ending.

Holden immediately reacted to the grope by grabbing Cherwinski by the shoulder and throwing him to the floor of the restaurant like Wonder Waitress. As a woman who has also had her ass grabbed while waitressing, I can tell you the usual reaction is to give the man your best customer service giggle, walk away, take a thousand shots with your co-workers and have a low key rage-fit in the bathroom. Chastising a customer is a great way to get fired in most restaurants, even if he assaults you. Despite all the progress it seems like we’re making, being a woman in the service industry is still the Wild West of feminism and unwanted touching is as expected as taking orders.

GA waitress Emelia Holden is seen on camera being sexually violated by 31 yr old Ryan Cherwinksi. Holden slammed him into a chair She told said “I just did what I felt was best, I took the guy down and had my co-workers call the police.”
Cherwinksi was charged w/ sexual battery. pic.twitter.com/szGx25zgXr

Holden told People that she looked at him and said, ‘You don’t touch me, motherfucker!’” Later, she added, “I just did what I felt was best. I took the guy down and had my co-workers call the police.” He was then arrested in front of his wife and two children after police were shown the security camera footage. Cherwinski was charged with sexual battery and released out of jail on $2,500 bond. He spent two nights in a cell, where hopefully he got to think about how groping women might not be the best example to set for his children.

Holden’s advice for women in a similar situation is “I’m glad that other women can see this and know that you can stand up for yourself. You have every right to wear what you want and you most certainly have every right to defend yourself.” Since her story went viral, with the most popular reddit comment being “So she’s a server…. of justice,” she’s turned the attention toward her GoFundMe Page, benefitting a local animal shelter. Emelia, you’re an angel and we wish you the best.