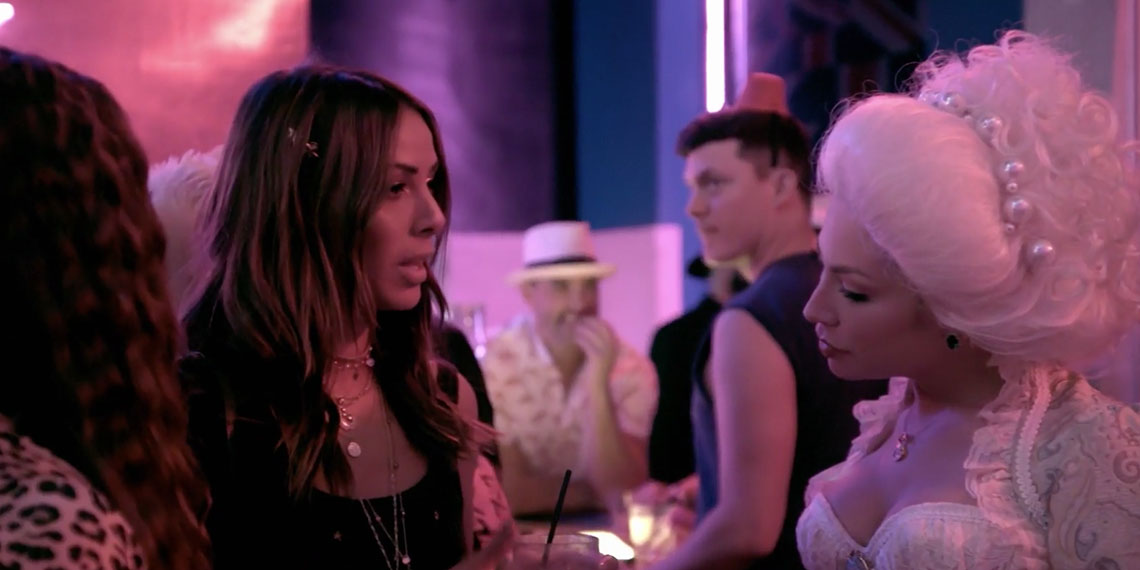 ‘Vanderpump Rules’ Recap: It’s Not About The Carter

Friends, we have made it to the other side of the apocalypse—for one week so far. So far, I’m doing ok. I have enough toilet paper. I’ve just binged Tiger King on Netflix. Life is… well, certainly not good, but it’s… livable, I suppose. Will I progressively get more and more bleak as time goes on? Probably! Let’s begin with the bleakest thing of all: this godforsaken show.

At least we can rejoice over one thing: Jax and Brittany’s wedding is over, and hopefully with it, everyone’s ass-kissing parade. I cannot take any more of it.

The episode begins with Jax carrying Brittany over the threshold of their house, after Brittany’s insistence that he do it. This feels like an accurate metaphor for their marriage.

Schwartz is having a memorial party for his 3-week-old lizard, and this is the focus of the episode. Damn, just when I thought things couldn’t be any more bleak. But who am I kidding, a memorial for a lizard? After quarantine, I’ll be throwing memorials for like, the ant I stepped on on the street by accident, just for an excuse to see people.

Max tells Schwartz he’s going to blacklist Danica from TomTom for… talking sh*t. This dude is so petty that he is going to ban some girl from a restaurant he doesn’t even own just because of she’s said a few less-than-desirable things about him? Ok.

Jax and Brittany are reminiscing about their wedding, and Jax literally thinks a Powerpoint is this:

How long do you think Jax will hold the cost of the wedding (that he probably did not pay for in full) over Brittany’s head? I wager the entire duration of their marriage.

The one upside of this dumb-ass lizard funeral is that it’s clearly a good excuse to get the whole cast drunk so they can act stupid and dramatic. Schwartz claims that Daug was depressed because he was lethargic and slept a lot. Am I the only one who worries that the lizard was sick and it never occurred to Schwartz to take him to the vet? You’re right, I’m taking this way too seriously.

Jax and Brittany go to visit Lisa, and two things make me seriously scared: one, Brittany uses the word “spray and pray” to describe her (lack of) birth control method, and two, there is a very awkward and prolonged mishap where Lisa is convinced Brittany is pregnant. *Crosses self* not yet.

Back at the party, Danica pulls Max aside and they both play this game of “who’s talking sh*t”.

Max and Danica accusing each other of talking sh*t:

Max admits he’s a petty bitch and was never going to tell Danica she was banned from TomTom, but rather, was intending to wait for her to try to come in so he could have the pleasure of kicking her out. Forget about Scheana, is he 17 or 27?

While Schwartz initially gives Max a blank check to kick out Danica, upon like, 10 seconds of probing, Sandoval discovers that Max’s reasons for banning Danica are 90% personal. Sandoval tells him that’s not okay, and they all vow to not let this happen “again”, as if they’ve already murdered Danica and it’s too late to bring her back to life, and not just fake banned her from a restaurant that they could easily just undo with one conversation or like, a single text.

Over on the other side of the pool, Scheana “notices” that Kristen is not there. Stassi says that her issues with Kristen are not about Carter, even though they started with Carter.

So.. you’re saying… it’s not about the Carter? Bet. Recap title: acquired.

Kristen feels that Katie is unhappy in her life and projecting her unhappiness onto Kristen. I would use the Spider-Man meme again to describe Katie and Kristen, both two insufferably miserable people, calling the other miserable. But instead I’ll just give you the mental image.

Kristen’s also mad that she’s doing everything for their wine company herself. This is an excellent argument because I see both sides, and they’re both equally wrong. On the one hand, what is Katie doing now that she’s not even pretending to push her wine MLM or her fake beauty blog? Nothing. On the other hand, Katie’s a billion percent right that Kristen just rips sh*t she sees on the internet and screen prints it on a shirt and acts like she has a business idea so novel, every shark on Shark Tank would go in on it. Ahh, we’re finally back to the good old days when I hated everyone. Thank goodness for small miracles.

Now Dayna is all but groveling to get back with Max. He doesn’t take the bait, probably because he knows it’s only a matter of time before he gets exposed with undeniable proof for the last shady thing he did last week.

Sandoval’s throwing a “your most extra self” themed party, which is Sandoval’s existence in a nutshell. I can’t wait to see what he comes up with.

Lala and Raquel meet at some cafe to have “girl talk”, and I’m honestly scared for how this is going to go with Lala and her head scarf and hoops. She got the big hoops on, which means the big hoop attitude may come out. *Takes deep, calming breaths*

This exchange is so funny to me, and also so real.

“Not a true idiot” will be my new go-to compliment.

James shows up to Lisa’s place to talk.

James tells Lisa that he went to his first AA meeting the day before. I’m actually kind of impressed that they didn’t get this on camera. Maybe he really is serious? We can only hope.

James is crying, over at the cafe, Lala is crying, I’m f*cking crying, but you know what? I’m not even mad because at least I’m not crying over the current state of the world.

Brittany and Jax got a marriage license, so at least they have one up on Katie and Schwartz. Jax is bemoaning why he has to be “extra” for Sandoval’s birthday, as if his wedding last weekend wasn’t the most extra affair in all of history. Buck up and put on some eyeliner, for f*ck’s sake.

I don’t love that Scheana immediately ran to Kristen to tell her that Katie sh*t talked her T-shirt line. But I also kind of do love that Scheana is not even trying to ally herself with Katie and Stassi anymore. She’s only tried that for like, what, the past eight years?

Apparently Lala heard that James went to a friend’s birthday party (remember, the one from last week he claimed he wasn’t drinking at because he was driving, as if DUIs are not a thing?), and everyone was f*cked up there.

Well, here’s a portion of Memory Lane I never thought we’d go back down: Logan lying that he made up having hooked up with James. Apparently, Raquel is the only person who does not think this for sure happened. She tells Lala to shut the f*ck up (bad move), but sober Lala actually… takes it in stride instead of completely flying off the handle and verbally “popping” Raquel. Damn, she really has changed. I am actually proud!

Kristen comes up to Katie and Stassi at the party to ask if they are still doing the wine business together even if they’re no longer friends (sad, you can tell she was really hoping for reassurance that they are still, in fact, friends), and Stassi says that she’s going to work out the remainder of the wine contract, and then she’s out. Way harsh, Tai. Now Kristen is basically beside herself but Stassi and Katie are fresh out of f*cks to give and are not even bothering to pretend to console her.

Damn, Kristen sucks, but does she deserve this? To be told by her former best friends that not only are they not sisters, they don’t even know her any more? How quickly ye forget, the bringer of season 2 drama, the procurer of Miami Girl, the f*cker of Jax! I really hope Kristen gets over her “woe is me” phase and goes full psycho Kristen on these two. That would for sure cement her future on the show.