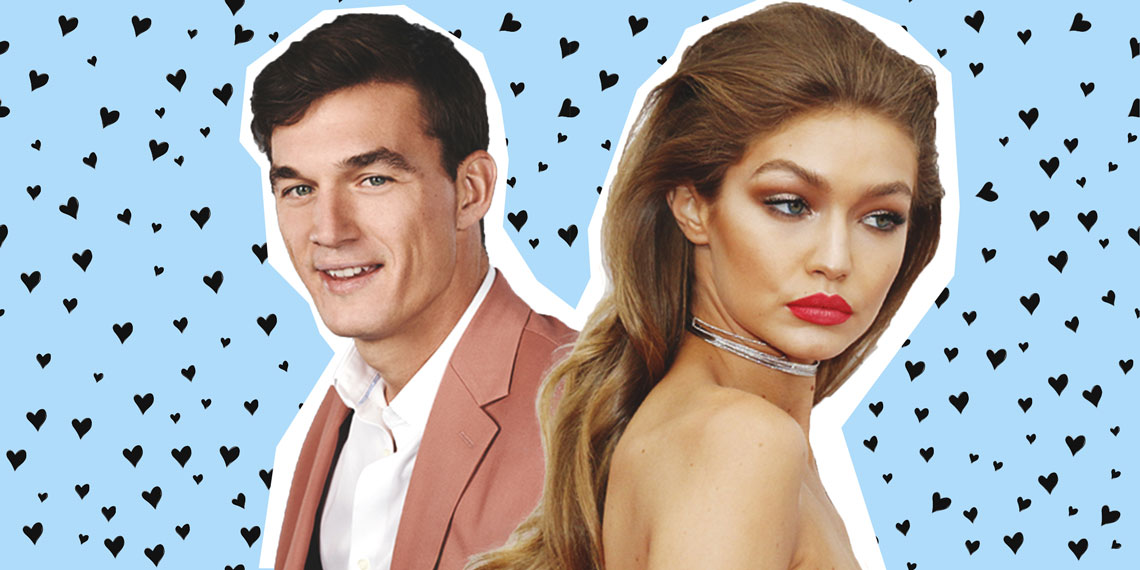 UPDATE: Apparently the bowling date on Monday night went well, because Tyler Cameron was seen yesterday morning leaving Gigi Hadid’s NYC apartment. It’s still been just five days since Tyler was seen leaving Hannah’s apartment in LA, so things are really moving fast around here. This also throws a big ol’ ¯\_(ツ)_/¯ in the face of the source that said Gigi and Tyler are “taking things slow.” I’m in no place to judge, but my definition of slow usually isn’t sleeping with someone on the second date. I have a feeling this might also be another nail in the coffin for Tyler’s chances to be the Bachelor next season, but like I’ve said, I doubt he actually wants it. Realistically, I’m now going to camp out outside Gigi’s apartment until I see them together, so it’s been real guys!

While all of you were busy watching the Bachelor In Paradise premiere last night, things weren’t just heating up in Mexico. In New York, Tyler Cameron was seen hanging out with Gigi Hadid for the second night in a row, signaling that there might really be something going on here. It’s still been less than a week since Hannah asked Tyler to grab that drink, but my attention is fully focused on Tyler and Gigi now. You hate to see it.

After their Sunday night date at Dumbo House, Tyler and Gigi reportedly headed back to Gigi’s place for a drink, and clearly it went okay since on Monday night, they met up again at Frames Bowling Lounge with friends. Though we don’t have any photos of them together on Monday (tragic), yesterday a source told E! News what’s going on between the two. “Gigi is definitely interested in Tyler. They met for drinks last night at Soho and they got along really well. It was very casual but they were laughing and had a very engaged conversation.”

Okay, so I’m glad that they weren’t having a miserable conversation with each other, but it’s still probably too soon to know how serious things are going to get here. The source also said, “They are both taking things slow but have both made it clear they are interested in each other.” Weird, because my definition of “taking things slow” usually looks like being ignored for days on end rather than hanging out two nights in a row, but I’m also not a model.

Me: Tyler C was spotted hanging out with Gigi Hadid even though a few days ago he was seen leaving Hannah’s apartment

Meanwhile, the rest of Bachelor nation has wasted no time making their feelings known about Tyler and Gigi’s new flirtationship. At an ABC press event on Monday, Hannah Brown was diplomatic when asked about it: “I have feelings, but I’m also single and he’s single and I wanna keep my options open and he can keep his options open.” She also added that, after the whirlwind Bachelorette experience, she’s currently more focused on “working on Hannah and loving Hannah” than finding a new relationship. From these answers, Hannah could definitely still be upset about seeing Tyler with Gigi, but she knows better than to tell everyone that.

But who wasn’t so diplomatic with their comments? Our favorite messy bitch who lives for drama, Chris Harrison! When speaking to ET on Monday, Chris talked about how the Tyler and Gigi developments affect his chances of being the next Bachelor.

“If Tyler is bouncing around from girl to girl and loving the life and enjoying the limelight—which, by the way, good on him. That’s fine. If that’s what you want to do right now, I don’t blame him. He’s probably enjoying life really, really well—but that’s not someone we’re going to want to have as our Bachelor or Bachelorette. So, it’s about sincerity. It’s about where you are in your life. And if that’s where he is in his life, then he’s not the guy for us.”

Wait, did Chris Harrison just slut shame Tyler? The phrase “bouncing around from girl to girl” is both hilarious and cringey, but I love that Chris sounds like a disappointed dad who doesn’t want to push his son away. Maybe Tyler’s behavior isn’t fitting of the next Bachelor, but like I said yesterday, I don’t really think that’s what Tyler is going for at this point. Whether things keep moving forward with Gigi or not, it seems like Tyler is going to have plenty of opportunities, both career- and romance-wise.

Will Tyler and Gigi make it three nights in a row tonight? Honestly, I can’t wait to find out. BRB, have to go work on the perfect couple name for them. Tyligi? Giler? Gigi C? Drop your thoughts in the comments.