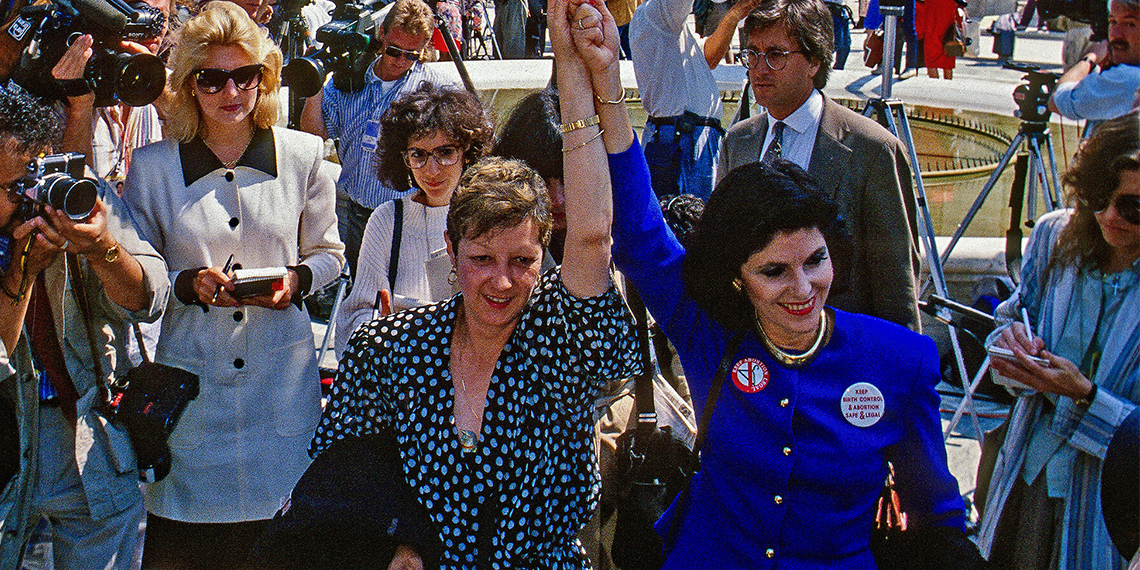 Turns Out ‘Jane Roe’ Was Paid To Pretend She Opposed Abortion

I’m not sure whether or not this story can be categorized as good news or bad news. The limited nature of binaries fails us once again.

An…interesting new development in the history of Roe v. Wade has come to light this week, as a new FX documentary AKA Jane Roe about the woman known as Jane Roe was released. “Jane Roe” was the then-unnamed plaintiff in the landmark 1973 Supreme Court case that legalized abortion. Jane Roe was Norma McCorvey. McCorvey herself never actually got an abortion, but for years after, she was a part of the pro-choice movement. Then, in the ’90s, McCorvey suddenly flipped her stance and began speaking out against abortion. She claimed to be “born again” as an evangelical Christian, even despite her identity as a queer woman. A real bummer that we ultimately did hate to see.

Turns out that change of heart — like many elements of the anti-abortion rights movement — was all based on a lie.

In the film, McCorvey reveals that her shift to pro-life ideals in the 1990s was all a farce, and that she only claimed to be anti-abortion because she was paid. Yay?.

In AKA Jane Roe, a documentary about McCorvey’s complex life, she reveals why flipped and started doing live speeches for anti-abortion groups. “I think it was a mutual thing. I took their money, and they’d put me out in front of the cameras and tell me what to say. That’s what I’d say. It was all an act. I did it well too. I am a good actress.” A tit for tat, as they say.

In the documentary, McCorvey wants to set the record straight while she has the chance — she passed away in 2017, before the movie was released. She says, “If a young woman wants to have an abortion, that’s no skin off my ass. That’s why they call it choice,” she said in her colorful “deathbed confession.”

Aside from the fact that it’s not just “young” women who need to end pregnancies, I can only hope my last words include the phrase “no skin off my ass.”

McCorvey’s shift to the opposing side of the abortion movement was disappointing, but it wasn’t random. In one of the interviews in AKA Jane Roe, McCorvey explains the resentment she felt towards the left-wing feminists who often looked down on her. They felt she was too uneducated to give public speeches, and instead wanted to use her as a silent symbol for the movement, without ever really treating her as wholly human. Naturally, McCorvey was turned off by that.

McCorvey was, in fact, uneducated. She came from poverty, and had endured abuse throughout her life. She represented the kind of woman who is often left behind in America, especially when it comes to reproductive rights. And yet, the leftwing feminists who fought for her still didn’t treat her with respect. In a sense, they used her too, just as the evangelicals did. So, I guess McCorvey went to the people who were going to pay her.

There’s a lesson here, that I *hope* we can remember. On the left, we often claim to be for the working class, but too often, that’s just symbolic. And that is how we lose their support.

People don’t want to be part of a movement that looks down on them. Why would they? Food for thought!

Want more news like this? Sign up for Sup’s daily newsletter to laugh (instead of cry) about the news.