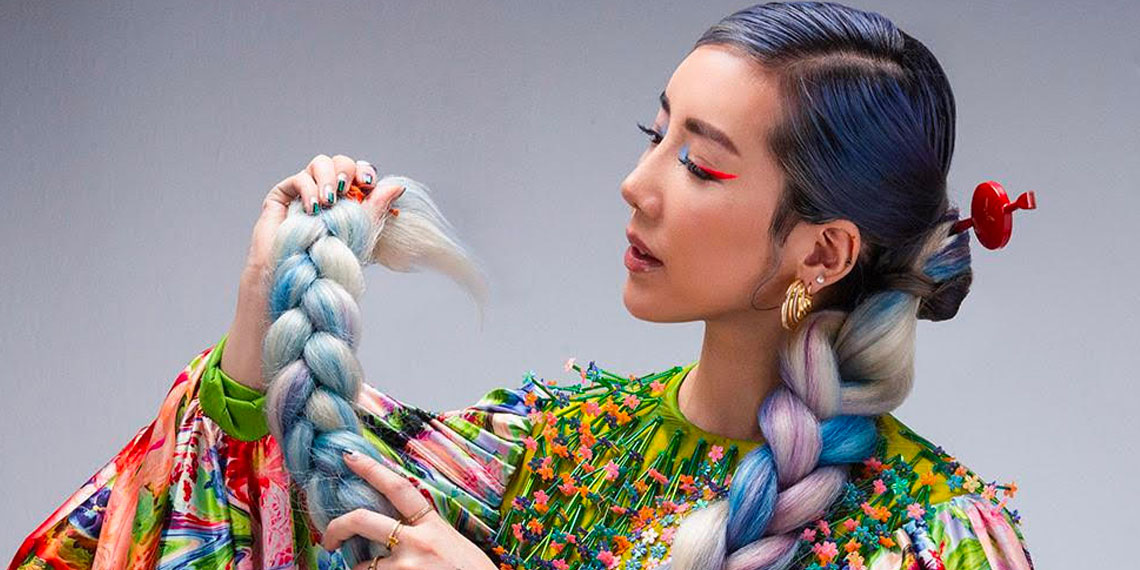 TOKiMONSTA On Her New Album, Being A Woman In Music & Her Dream Collab

You know that friend you have? The one who has super interesting style you could never pull off, great energy, and is super cool? Yeah, so that’s basically TOKiMONSTA, née Jennifer Lee, except in addition to being known for her fashion sense, she’s also a DJ. And not just like, a hot girl who takes a few Instagrams behind a booth and presses play on a playlist every so often kind of DJ, either (if that were the case, I would not be here writing this right now). She’s worked with the likes of Anderson.Paak, ZHU, and was nominated for a 2018 Grammy. She’s played all types of venues, from Coachella stages to intimate rooftops in Brooklyn, always bringing the same enthusiastic energy, and her sets are always upbeat and fun—there’s never a slow moment and the time flies.

But that’s not to say she hasn’t endured her fair share of obstacles. As a woman in music, it’s never easy. She does say she doesn’t think she’s encountered “extreme difficulty” but offers that could be due to her resilient nature. And boy, speak of resilient. In 2015, she was diagnosed with Moyamoya, a rare brain disease that left her temporarily unable to speak or produce music.  After undergoing brain surgery, TOKi went on to release Lune Rouge in 2017, which earned her a Grammy nomination for best dance/electronic album. The nomination makes her the first Asian-American producer and the first woman to earn a nomination in that category, plus it was named one of Billboard’s Top 40 Greatest Dance Albums of the Decade. Talk about a comeback.

Some people might feel the pressure to follow up an album of such acclaim, and Lee does admit, “I’m terrified and excited,” to release her third album, Oasis Nocturno, out March 20. Despite any trepidation, Lee says she didn’t go into the album with the express purpose of topping the last. When asked what her goals were when creating Oasis Nocturno, TOKiMONSTA said, “I didn’t really have any goals. I try to create based on how I feel.”

While her music is, to use the professional term, f*cking awesome, mixing different genres and subgenres like hip-hop, dubstep, and house, TOKi says the hardest part of making Oasis Nocturno was not anything like finding inspiration, or figuring out how to best blend her different beats, but actually the opposite: “Narrowing down which songs end up on the album (so I don’t go overboard with a 50 song album)” was a top challenge, as was the more technical aspect of mixing it. Although many people in the industry tend to get engineers to mix their tracks, she says, “I like the ownership of knowing I’m doing it myself. I always feel like I’m turning into Russell Crowe in A Beautiful Mind.” The result is a melodic and cohesive project that infuses complex vocals into Lee’s smooth psychedelic production.

Ahead of the album release, on January 14 TOKiMONSTA dropped “Fried For The Night” feat. EARTHGANG, the second single off the new album, which is kind of like the song that describes when you go out on a Friday night after a full work week—or as she puts it, “everyone has a moment where they feel fried and burnt, but what about those moments you feel fried and turnt?” So she linked up with Atlanta-based hip-hop duo EARTHGANG to produce a song that’s “dedicated to those psychedelic moments where our reality opens up a new point of view.” Can’t relate, but I can relate to the trippy house party visuals.

On the heels of Oasis Nocturno come Coachella performances, a set at Holy Ship! Wrecked on January 24 in Punta Cana, and a headlining spring tour with 16 North American stops. Whether it’s playing for huge crowds at festivals or cozier venues, TOKi loves connecting with her fans. “Festivals feel like the entire crowd is one entity and venues feel like you can connect to each person there,” she says, but she loves the energy at both. It may seem like she’s done it all, and she basically has, but one goal she does have is to work with Bjorn and Missy Elliott, who she says would be her dream collab.

Simply put, if you’re not already #woke, TOKiMONSTA is one to watch. It’s been a hell of a ride for her so far, and 2020 is going to be a hell of a year for her.