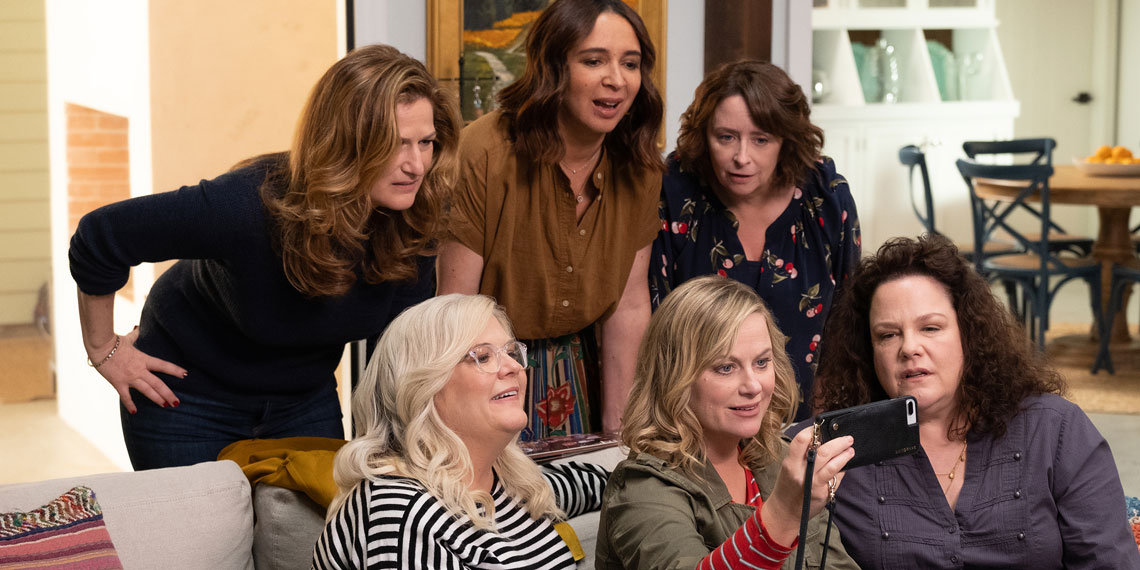 The devil works hard, but Netflix works harder. After dropping enough true crime documentaries to entertain me into the next century, and a new movie starring none other than everyone’s favorite internet boyfriend, Noah Centineo, they have done one better and made a movie starring our favorite female comedy trio: Amy Poehler, Tina Fey, and Maya Rudolph. That’s right. The gang is back together again in a new movie called Wine Country, out May 8 in select theaters and May 10 on Netflix. Wow, so rude that Netflix would make all my dreams come true by putting three of my favorite women together in one movie, and then crush all those aforementioned dreams by making me wait a whole month to see it. I feel scammed, hustled, hoodwinked, led astray!!

Wine Country is one of those comedies about longtime best friends—think Bridesmaids or Girls Trip. In it, Amy Poehler’s character, Abby, plans a 50th birthday Napa getaway for her friend Rebecca (played by hilarious SNL alum Rachel Dratch). Along for the ride are the rest of their crew: workaholic Catherine (Ana Gasteyer), post-op Val (Paula Pell), homebody Jenny (Emily Spivey), and weary mom Naomi (Maya Rudolph). As you can imagine from your own encounters with wine, once these ladies get a few glasses deep, things get out of control. I mean, the last time I went on a wine tasting, I went from zero to “so I don’t think I’m capable of love” real quick, so I can only imagine what’s going to happen in a comedy directed by Amy Poehler.

I’m not saying Wine Country is going to be the next best thing since Mean Girls, but I will say that with this cast, I’m probably going to watch it. (That’s saying a lot coming from me—I don’t tend to watch movies on Netflix because I have commitment issues picking one.) I just hope that with this star-studded cast, Netflix doesn’t bamboozle us and give us a bad movie. Only time will tell! Wine Country drops on Netflix May 10, so I’m going to stock up on my favorite sauvignon blanc just in time for the occasion.