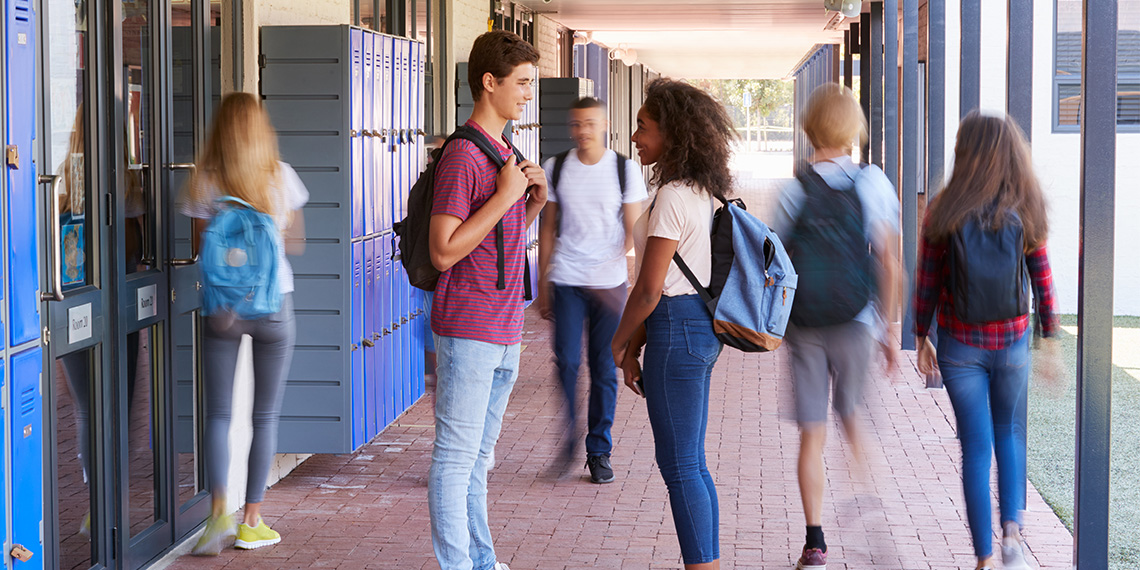 This Georgia School District’s Reopening Was A Complete Clusterf*ck

The coronavirus pandemic has thrown a wrench into almost everything about 2020, and as we round the bend into late summer, yes, the times are still uncertain. While many of us are increasingly resigned to the fact that this year is basically canceled (WFH til 2021 ayyyy), others are still desperately trying to figure out how things can get back to normal ASAP. Lots of schools, sporting events, and businesses have moved forward with plans to reopen as COVID-19 cases continue to skyrocket in many states, and those plans involve a unique blend of denial, misplaced confidence, and lack of belief in scientific evidence.

For those of us who prefer not to think about school these days, it might seem like we’re still in the middle of the summer, but some school districts in the U.S. have already returned to the classroom. Earlier this week, a photo went viral from the first day of school in Paulding County, Georgia, showing a hallway packed with students. Many of the students in the photo are not wearing masks, and there’s no kind of distancing happening here.

This is the first day of school in Paulding County, Georgia. pic.twitter.com/fzdidaAABM

More photos from the same school showed similarly crowded hallways, as well as a full classroom where students were not wearing masks. People were taken aback at the blatant lack of safety measures exposed in the photos, and they immediately confirmed many people’s fears about the rush to resume in-person learning.

For the fall semester, the Paulding County district, which is in a suburban area just outside of Atlanta, offered two options: regular in-person instruction, and the Paulding Virtual Academy. The PVA—an entirely remote learning option—had an enrollment deadline in early July, and there were just 9,000 slots available for a school district that has an enrollment of nearly 30,000 students. Students who didn’t get slots were able to join a waitlist, but had no remote learning option, regardless of their situation.

The Paulding Virtual Academy sounds like a great solution for the students who were able to get a spot, but for those returning to in-person instruction, the district didn’t promise much in terms of safety guidelines. In an FAQ document on their website, the district said that “Schools will employ social distancing as it is feasible and practical,” and that they will “encourage” students and teachers to wear masks. Encourage, not require—Georgia Governor Brian Kemp is notorious for banning mask mandates in public places, a decision that has drawn widespread criticism and even legal challenges. But the district’s statement was candid that “in most cases it will not be possible to enforce social distancing in classrooms or on school buses.” The FAQs also clarified that students will NOT be able to switch to virtual learning if the in-person route “doesn’t work out.” So basically, if you’re one of the lucky few who nabbed a spot in the virtual academy, congrats! Otherwise, you’re pretty much SOL.

The district wasn’t happy about going viral this week, though. Yesterday, we learned that 15-year-old Hannah Watters, who took some of the infamous photos, was suspended for five days as a result of her actions.

So what did Hannah actually do wrong? She spoke to Buzzfeed, and told them that “The policies I broke stated that I used my phone in the hallway without permission, used my phone for social media, and posting pictures of minors without consent.” Right, okay, sounds legit. I’m sure the average punishment for using your phone in the hallway is a week-long suspension. This sh*t got even darker when the Twitter account that posted the original photos shared audio from an intercom announcement at the school. In the audio, a man tells the students that “there will be consequences” for anyone posting photos or videos that show the school in a negative light. Censorship—you love to see it!

I was just sent audio of the Principal of North Paulding High School announcing that there will be “consequences” for anyone who posts video or audio of the school which depicts the school in a negative light. #NorthPauldingHighSchool pic.twitter.com/lKbuXJhCQd

On Friday, TMZ reported that the school called Watters and “deleted” her suspension, which surely had nothing at all to do with the blowback.

So basically, thousands of students in Georgia are being forced to put themselves in danger every day in order to get an education, and they’re being threatened with suspension (or worse) if they try to speak out about the unsafe conditions. What dystopian hell is this? This all sounds like a lawsuit waiting to happen, and tbh, I hope this school district gets their ass dragged in court.

Obviously remote learning and being stuck at home 24/7 sucks, but you know what also sucks? The fact that 160,000 people in this country have died from COVID, and that number is getting bigger every day. Georgia in particular is still a coronavirus hotspot, and this week the state surpassed 200,000 confirmed cases. With thousands of new cases being reported each day, it’s concerning that Georgia schools are reopening at all, and these photos from Paulding County aren’t exactly making anyone feel better about the situation.