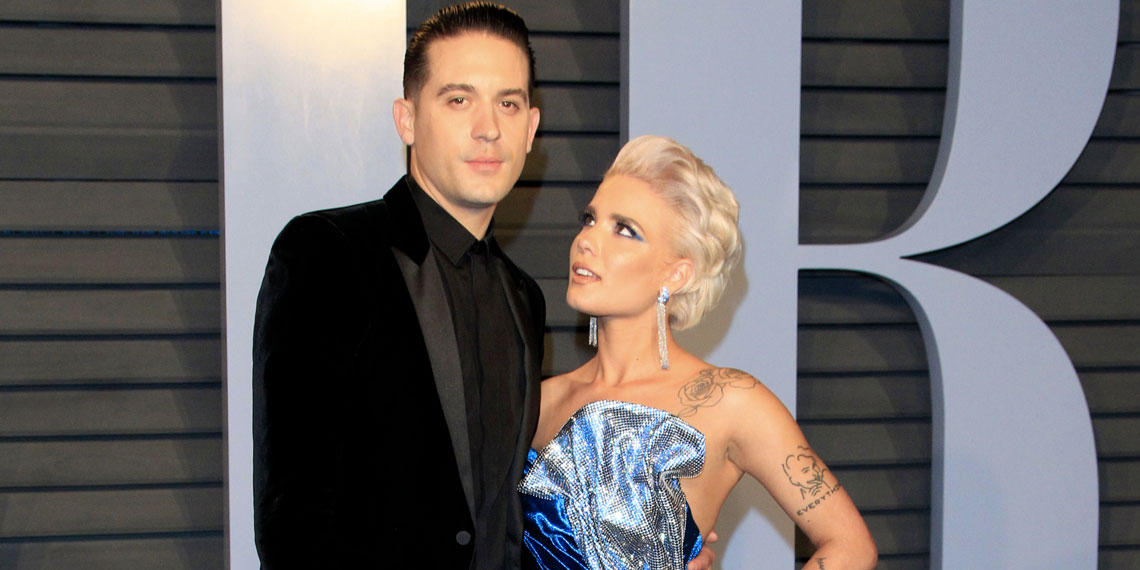 These Cryptic Tweets May Explain Why Halsey & G-Eazy Broke Up

Well, that didn’t take long. Yesterday I wrote about Halsey’s statement on her breakup with G-Eazy and her shady Instagram caption. She definitely seemed unhappy about the whole situation, but there were no actual details about why Halsey and G-Eazy broke up, just the normal shit about taking some time apart and respecting their privacy. Blah blah blah. Well, we’ve uncovered some important new details that could explain why Halsey and G-Eazy broke up. We still don’t have anything officially confirmed or anything, but if you’re paying any attention to Halsey’s Twitter (guilty), it reaaaaaally looks like Gerald went and cheated. God, I wish I could say I’m surprised.

There are two tweets from Halsey in question today, and one of them has been deleted. Ah yes, the deleted tweet, one of my favorite art forms. Deleting passive-aggressive tweets is weak, but it’s also something I might have experience with. Either way, a deleted tweet honestly just gives all my theories even more credibility. Without further ado, let’s dive in.

I mean, do I even have to explain this? Think about it, what rhymes with pumpkin eater? Yeah, she might as well have posted pictures of G-Eazy in bed with another woman. I do respect her commitment to at least acting like she’s being cryptic, even if a literal third grader could tell you what this means. While this tweet is very informational, the next one is far more interesting.

This one might not be as obvious to most of us, but just fucking wait. Remember that song “Him & I” where G-Eazy and Halsey basically sing about each other like they would literally perish if they spent a day apart? It’s like Romeo & Juliet, but with leather jackets and a lot more cocaine. Well, G-Eazy has a line in the song where he says “ever catch me cheating she would try to cut my dick off”. Excuse me, SIR??? I’m a little worried for G-Eazy’s dick right now, and I wouldn’t touch that thing with a 10-foot pole.

So it really seems like the scissor emoji tweet is a reference to this lyric, which is why a bunch of fans think that Gerald went and fucked around, and that’s the reason why Halsey and G-Eazy broke up. It also makes sense that this tweet got deleted, because it’s an actual threat (disclaimer: I am not a lawyer). Like, I’m not saying Halsey is waiting in G-Eazy’s bushes with a rusty pair of scissors right now, but stranger things have happened. Pretty sure I said it in the last article, but G-Eazy should sleep with one eye open.

If the cheating rumors turn out to be true, I’m really curious what will happen with this situation. Will we ever find out who the alleged other woman is? Will they both be in new relationships by the end of the month and act like it never even happened? Or will we get like, 14 angry breakup singles from both of them? I probably won’t listen to the music either way, because I value my time and have some level of taste, but I still love a good scandal. Yeah, I said it, now you can go back to listening to “Bad At Love” on repeat.