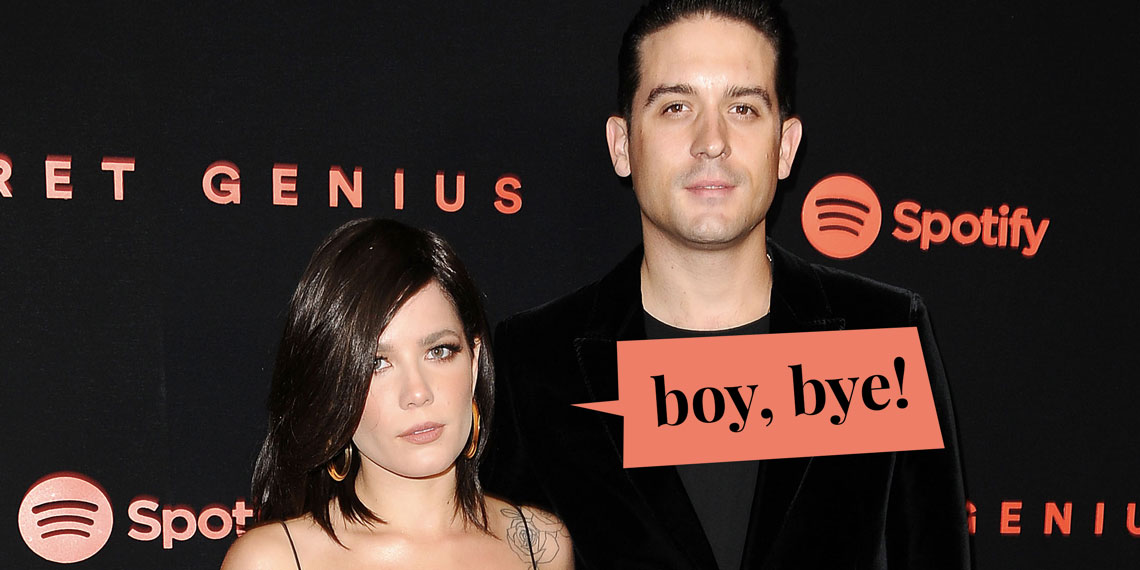 Well guys, I guess it’s time to ask ourselves again, “is love dead??” Jk, I think we’re all going to be fine. This week, it was announced on Instagram that Halsey and G-Eazy broke up, and it’s really okay. They’d been together for close to a year, and had quickly built a reputation for acting like some weird apocalyptic couple that were determined to go down together. Like, I think these two took “ride or die” a little too literally. I was never that into it, but their fans got like, scary attached.

Too bad! Now that Halsey and G-Eazy broke up, the couple are taking some time apart, and Halsey shared the news with my favorite method of communication, a Notes app screenshot posted to Instagram Stories. What a time to be alive. Now, because I really have nothing better to do, I shall unpack this statement, because there are some really, really strange things about it.

I normally keep this kind of thing private but provided our public nature I feel the need to inform my fans.

Okay, so she’s missing some commas, but what did I really expect from an iPhone note that Halsey typed? Also, lmao that she’s going to act like this relationship was soooo private. I know the exact date of when you were probably doing coke with your boyfriend in Sweden, so try harder next time.

G-Eazy and I are taking some time apart.

Okay, so she’s really not going to give any actual info. I don’t blame her, but I’m always inclined to think that “taking some time apart” is just a less harsh version of “I blocked his number and we aren’t speaking anymore.” We’ll see.

I’m eager to continue the upcoming passage of time dedicating myself to my art and my career, and the duration of my tour.

STOP. OMG. This bitch is really talking about “continuing the upcoming passage of time” as if any of us on this Earth have a choice in the matter?? This sentence reads like she has to hit a minimum word count and is completely out of ideas. Literally no one has talked like this for a hundred fucking years. I’m really glad she’s excited about her career and her tour, but the first half of this sentence has really thrown me for a loop. Halsey girl, what are you doing?

I wish him the best.

Yikes. Gerald, I would sleep with one eye open if I were you.

Basically she doesn’t want people commenting on every photo asking about her and G-Eazy. That makes sense. Honestly, I’m just glad she kept that statement pretty brief. I didn’t have the energy to sift through paragraphs like Channing Tatum and Jenna Dewan made me do.

So with the statement out of the way, all that’s left to discuss is Halsey’s shady AF post on her Instagram.

The photo in question:

Please direct your attention to the caption, which is obviously definitely about G-Eazy. Without having any personal knowledge of exactly why Halsey and G-Eazy broke up, this caption makes it sound like he fucked up. Either way, Halsey seems like she’ll be okay, if only because she looks absolutely incredible in that bikini. Seriously, I need to know her workout routine so I can pretend that someday I’ll do it too. You go girl, enjoy this upcoming passage of time and kiss his ass goodbye.