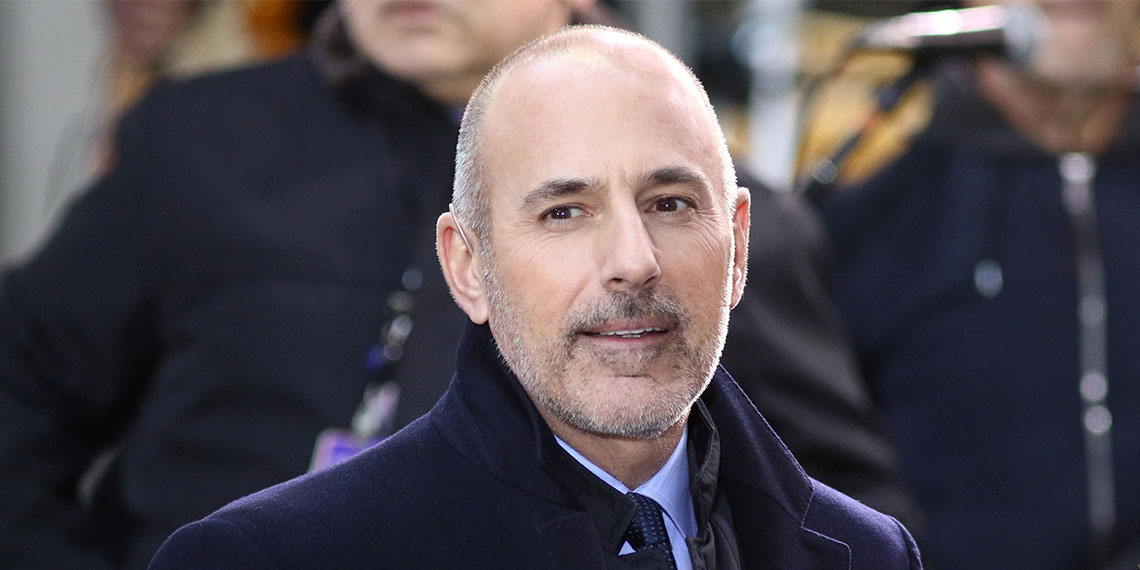 It’s been nearly two years since Matt Lauer was fired from his position at NBC News, and we’re now getting more details about the shocking circumstances that led to his departure. In his new book, journalist Ronan Farrow alleges that Lauer raped an NBC News colleague at the Winter Olympics in 2014.

In November 2017, Savannah Guthrie shared the news of Lauer’s firing on Today, reading a statement from the Chairman of NBC News, Andrew Lack. In the statement, Lack said that they had received a detailed complaint the night before, in which Matt Lauer was accused of sexual misconduct. Lauer was fired immediately, and though Lack and Guthrie promised transparency, we’ve never before had specific details around the complaint against Lauer.

Ronan Farrow’s new book, Catch and Kill, lifts the veil on what really happened, and the details are incredibly disturbing. He identifies former NBC News employee Brooke Nevils as the person who filed the complaint, as she comes forward publicly for the first time. Nevils spoke to Farrow about exactly what happened that led her to file the complaint. At the 2014 Olympics in Sochi, Russia, she says that she was at the hotel bar with Today cohost Meredith Vieira, when Matt Lauer joined them. After that, she states that she went to Lauer’s hotel room two times, once to retrieve her press credential, which she says he took as a joke, and the second time when he invited her.

According to Nevils, they had multiple sexual encounters after that, but Nevils was always uncomfortable around Lauer. In Farrow’s book, Nevils says she “blames herself” for her relationship with Lauer, and that she was “terrified of the control Lauer had over her career.”

In the wake of the #MeToo movement that took off in late 2017, this situation sounds all too familiar, and while incredibly disgusting, it’s sadly not surprising that a man in Lauer’s position used his power to take advantage of a woman.

Thankfully, NBC News took Nevils’ complaint seriously and fired him on the spot, but the damage was done. In the NBC News statement about his termination, Lack said that they had “reason to believe this may not have been an isolated incident,” and there’s no telling how many women were targeted by Matt Lauer during his 23-year tenure at Today.

Here’s how Today anchors Hoda Kotb and Savannah Guthrie responded to the new allegations on the show this morning.

UPDATE: On Wednesday morning, Matt Lauer issued a statement to Variety vehemently denying the new allegations of sexual assault. He acknowledges that he “had an extramarital affair with Brooke Nevils in 2014,” but claims that “each act was mutual and completely consensual.” He confirms that the incident the Sochi Olympics was their first sexual encounter, but accuses Nevils of fabricating “false details intended only to create the impression that this was an abusive encounter.”

In addition to denying the rape allegations, Lauer goes one step further, saying that “Today, nearly two years after I was fired by NBC, old stories are being recycled, titillating details are being added, and a dangerous and defamatory new allegation is being made. All are being spread as part of a promotional effort to sell a book.” Ah yes, the classic “she’s making up rape accusations for fame/money” excuse.

In his lengthy statement, Lauer repeatedly attempts to undermine Nevils’ credibility, citing specific encounters that she initiated during their relationship. He says that Nevils “was a fully enthusiastic and willing partner, “ and that “She also went out of her way to see me several times in my dressing room at work.” Nevils does not deny that she and Lauer had other sexual encounters aside from the alleged rape, but classifies them as “completely transactional” because of their power dynamics. In his letter, Lauer distances himself from Nevils professionally, saying that she “worked in a completely different part of the network,” and that he “had no role in reviewing Brooke’s work.”

In addition to denying the more disturbing details included in Ronan Farrow’s book, Lauer addresses his silence in the two years since his firing. He explains that he’s remained quiet in an effort to reduce the negative attention on his family, but he now feels that his silence “has been a mistake.” But while he says that his silence was a mistake, he apparently sees Nevils’ silence as something much more calculated. He accuses her of “making outrageous and false accusations to help sell a different book and stepping into the spotlight to cause as much damage as she can.”

In the letter, Lauer goes into more details of the affair, and basically claims that Nevils is making up the assault in part because he ended their affair by way of ghosting. Again, it certainly wouldn’t be the first time a woman was accused of making a false rape claim as revenge, and unfortunately I don’t think it will be the last. While it’s not surprising that Matt Lauer is denying the allegations, because every man always denies their rape allegations, it remains to be seen how this will play out in the #MeToo era. Read the full statement provided to Variety.

If you need help dealing with sexual assault or misconduct, go to RAINN.org, or call the National Sexual Assault Hotline at (800) 656-HOPE.