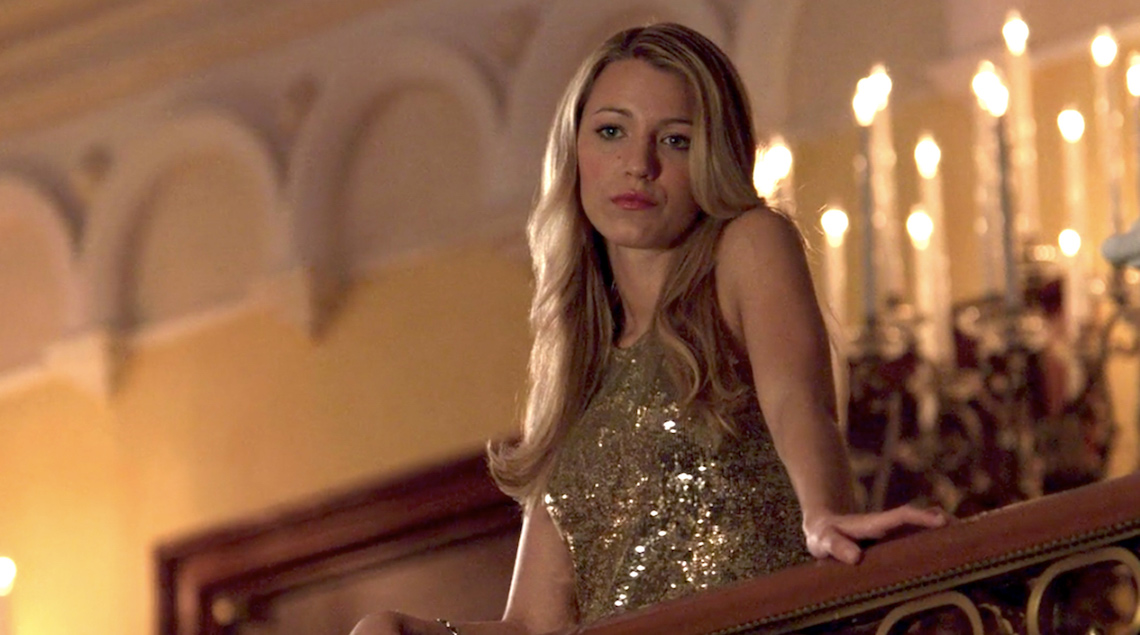 People who are way too vocal about how a TV show or movie is nothing like the novels they’re based on are the absolute woooooooorst. And in case you haven’t noticed, I am the absolute woooooooorst, especially when it comes to my taste in TV shows, according to our comment section. Gotta be honest, I watched only binge watched Gossip Girl once, and once was all I needed. However, I work at Betches, so I’ve seen enough content to act like I’ve seen the show a thousand times. I used to read the books religiously when I was in middle school, so I’m expert here (kind of) on the differences between the books and the show. So I can say with confidence that some of the changes Josh Schwartz made to 11-year-old Millie’s beloved Gossip Girl franchise suck more than when he killed off Marissa on The O.C. or brought on Taylor and Oliver. Here’s the lowdown on the worst of the worst amendments made to the Gossip Girl TV show.

Almost Everything About Chuck

The only similarities between book Chuck and TV show Chuck are that he’s super loaded, he was involved with Blair, and I cannot believe he’s in high school. Both of those Chucks never had to worry about typical high school things like grades or getting random boners during class (feel like Nate in both settings would have to worry about the latter, though). But first off: Chuck in the novels barely dated Blair, and it happened for only a year when they were in Oxford together. He did assault Jenny in the novel and the show, and shame on CW for being so forgiving and romanticizing him after that. (Maybe Ed Westwick is hoping he’ll get the same treatment TV Chuck Bass did after getting #MeToo’d, and that’s probably gonna happen to because he’s a privileged white male.)

In the novel, people really didn’t like him to begin with and he was only allowed in the social scene because he’s rich. But as the series went on, it was alluded to that Chuck was bisexual. Chuck also got rejected from every college because his parents didn’t love him enough to participate in Operation Varsity Blues. He was forced to go to military school by his dad, but he never showed face to orientation or classes. Overall, the biggest difference between novel Chuck and TV Chuck is that TV Chuck was portraying as a brooding, smoldering dude, whereas novel Chuck was just an asshole with little to no redeeming qualities. I cannot tell you how many times I’ve seen girls post sappy photos of Chuck and Blair on social media, saying, “I want a Chuck to my Blair!” No! Why are we romanticizing TV Chuck? He’s totally the type of guy to ask for nudes before you go on a date or texting “making it move” in response to something that wasn’t remotely sexual. Being the friendless, rudderless guy with no real friends is what Chuck deserves, and I’m glad the novel put him in his place (until his random romance with Blair).

TV show Jenny is blonde, lithe, and eventually, very edgy. Novel Jenny was really short, had brown curly hair, and had really big boobs. Book Jenny had a one-sided fling with Nate where she made googley eyes at everything about him and he just made googley eyes at her huge rack. They hooked up with him in Central Park and someone filmed it. The relationship ended because Nate is SUCH a boy. Ugh, typical. After getting expelled from Constance for partying, Novel Jenny eventually went off to boarding school, where she went from underdog to being pretty popular (and inspiring a v good spin-off book series, The It Girl).

TV show Jenny, meanwhile, bitched out and left because Blair banned her from Manhattan. As I get older and older, this city seems to get smaller and smaller, and I bump into random people I know at least three times a week. So yeah, I’d wanna ban someone I hate from this city too because I don’t want to see their face. But WTF kind of prick has the audacity to ban someone from a city? Are you the police? No? Then you can’t tell me where to live. And furthermore, what kind of loser is like, “K, I’ll leave because you, some person who has no power over how I live my life, say so”? That’s such a weak exit on the writers’ end for one of the only characters I actually liked. The books did Jenny way more justice by showing us her downward spiral riddled with illicit drugs and rockstars, only to be expelled and sent off to boarding school.

The worst change that was made to Dan is that he was Gossip Girl the entire time. And then what’s up with the writers being like, “Okay, the characters can be miffed but Dan is welcomed with open arms five minutes later.” That sh*t doesn’t make sense. His relationships on the show were almost as terrible as him running a blog so stalkerish it would put Joe Goldberg from You to shame. Serena and Dan dated very briefly in the books, but broke up when they realized their relationship has zero depth. In the TV series, they break up a bunch but end up getting married in spite of their entire relationship consisting of gossiping about drama, creating drama themselves, and having extended eye contact as music swells in the background. That kind of relationship ultimately has no depth either, but was way more torturous to be drawn out for years. Novel Blair and novel Dan hate each other or don’t even acknowledge each other the entire time. TV Dan and Blair hated each other initially but ended up having like, the healthiest relationship on the show. Why didn’t they end up together again? Novel Dan’s biggest relationship was his on-again-off-again relationship with his bestie Vanessa (who shaved her head bald in that world). In the TV show, he just dates Vanessa very briefly after a threesome with Lizzie McGuire and they decide they’re better off as friends.

TL;DR Everything about Dan sucked in the series because it just made him have as much depth as a martini glass. Novel Dan at least had redeeming qualities and—get this—had some character development.

The TV series just made it seemed like Nate was riding a merry-go-round of hookups and high school romances with zero depth. He did date Serena and Blair, but neither of those relationships were as profound as the girls’ other relationships. They didn’t even give him a happy ending by giving him a soulmate, which is honestly the most realistic part of the show because literally 95% of 30-something-year-old NYC guys don’t find someone they’re going to spend the rest of their lives with. Shout-out to Josh Schwartz for being realistic for one time in any of his TV shows!

But novel Nate actually did volley between Serena and Blair throughout the entire book series because he was in love with both of them, and had a couple of hookups in between. He didn’t want to get in the way of their friendship and so he sailed around the world with a family friend. Again, this is totally realistic because guys will do anything to avoid confrontation and dealing with their issues. So, in both different instances, he’s a typical boy, but his love triangle with Blair and Serena was way better than Blair and Serena having sh*tty relationships with Chuck and Dan. I was more emotionally invested in the love triangle because they all genuinely seemed to love each other, and it was hard to see how that relationship would’ve worked itself out, which makes it juicier.