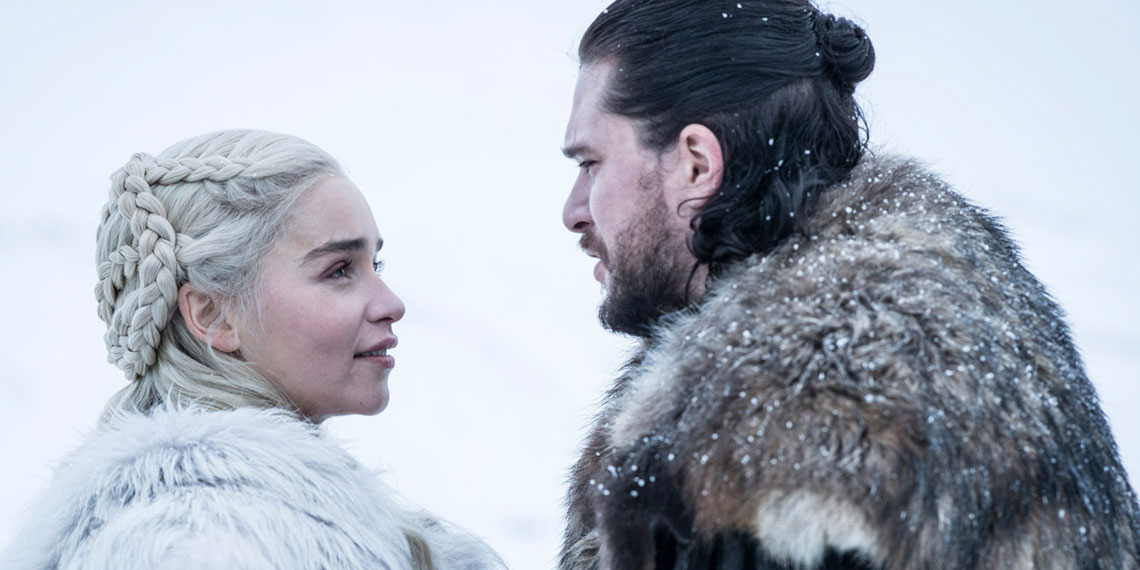 Stop Trying To Convince Me To Watch ‘Game of Thrones’

Now let me preface this entire piece by saying that I think people who refuse to indulge in mainstream pop culture simply to act like they’re above being mainstream are the absolute worst. I am not that girl who wore Vans to prom that I doodled all over because ~*~ I’m not like most girls.~*~ I would never be the Betty Buzzkill by pretending like I don’t know all the names of the Kardashians. (If I were, I’m working at the completely wrong websites.) But with that being said, if there’s people talking about Khaleesi like they rushed a sorority together, I sit that conversation out. And that’s fine with me because I’ll take any pass to not converse with people. (It’s why I wear still wear my headphones in public, even though I broke them two weeks ago.)

I’m well aware that GOT is an incredibly curated HBO show that wins all the Emmys or is a runner-up to another HBO show because that channel borderline has a monopoly on award shows at this juncture. And obviously, I applaud all and all Emmy nominated shows for giving the platform that privileged white males so desperately need. Thank you for your service! So I recognize that Game of Thrones is technically very good. However, I feel like I’ve given Game of Thrones a fair shot. I watched the three-part South Park episode about it, and it wasn’t great. Truthfully, I think the only HBO shows I’ve ever watched are the ones that come from the same people that did Seinfeld. Also, Big Little Lies because that was only seven episodes so it wasn’t much of an investment. But I’ve been told by people that in order to watch GOT, it’s such a tedious thing to get into. And that’s not to be understated. Each episode is at least an hour with no commercial breaks—it’s like I need an Adderall just to get through a recreational show. But wait, isn’t this supposed to be entertainment, not a chore?

I’m not just averse to Game of Thrones; I don’t go out of my way to invest myself in shows or movies that are dark and/or serious in general. I’ve seen, like, five Oscar nominated movies in the past decade. I’ve also never seen a Leonardo DiCaprio movie. I’m sorry, but do you really expect me to buy him as a romantic lead after learning that he wears headphones and vapes during sex? I don’t think so.

I used to watch stuff that had more substance when I was younger, but then life happens when you get older and you become more wary of the world. After a hard day of writing about the Kardashian family, taking a depression nap, and forcing myself to drink water and maybe eat a vegetable, I just wanna take a load off, man. And I do that by watching the same four or five shows that I always watch. I’m not the only one. Live look at a conversation with my politically correct, craft beer swilling, yoga instructor sister who is meditative and constantly trying to self actualize to a fault:

Why is she into even more trash than me? Being the legit journalist that I am, I sought out a quote from her:

“As someone who used to watch a lot of crime shows and dramas, I switched over exclusively to the brand of reality TV because I watch less television, I realized when I do I want to decompress and escape the world around me. Sad to say that my former TV preferences became far too reminiscent of headlines and daily life to comfort/entertain me, which is why I turn to the walking messes of delusion that grace Andy Cohen’s late night couch after their episodes in which they self destruct once again in front of America.”

Well put. Maybe she should be the sister working at this site instead.

So forgive me if I’d rather watch  Judd Apatow movie. I’m sorry if The O.C. is the most drama I can handle. Pardon me while I watch “The Contest” for the thirtieth time because I have SO. MANY. THEORIES. about that episode of Seinfeld.

I can assure you I have been told to watch *insert serious television show or movie here* even more times than a guy saying “Oh, you’re a female writer in New York? Like Lena Dunham?” (No.) Or “Oh, you like vulgar jokes? So you like Amy Schumer?” (No.) Or “Oh, your name’s Millie? Like the Lil Wayne song or the disgraced lip synching group from the 80’s, Milli Vanilli?” (Get f*cked.)

If I haven’t watched any TV show by now, not just Game of Thrones, chances are I’m not going to watch it. I’m fully aware that for a duration of the time a popular *serious* television show airs, I’m gonna be questioned about watching it. And there’s a five year period afterwards where people still interrogate me about my decision to not watch it. (By the way, a very special f*ck you to Breaking Bad for saying they’re coming out with a movie once that period ended.) And THEN people are going to remark that I’m way too proud for being an outlier when really, I just don’t want to watch the show. Also, if it’s truly *classic* television, I’ll get around to watching it eventually and people will still want to talk about it with me long after the show has ended. But for the time being, I don’t want to talk to about Khaleesi like she and I took a blood oath together.

Unless I’m doing “Netflix and chill” (God, are we still using that phrase?) with someone that’s over 6’8″, I’m not gonna watch what you say that I *should* watch. So no, I won’t be watching Game of Thrones any time soon. With that being said, stay tuned for my next article where I tell you that I don’t think Beyoncé is that great, Taco Bell is better than Chipotle and Del Taco, and Friends actually kinda sucked.