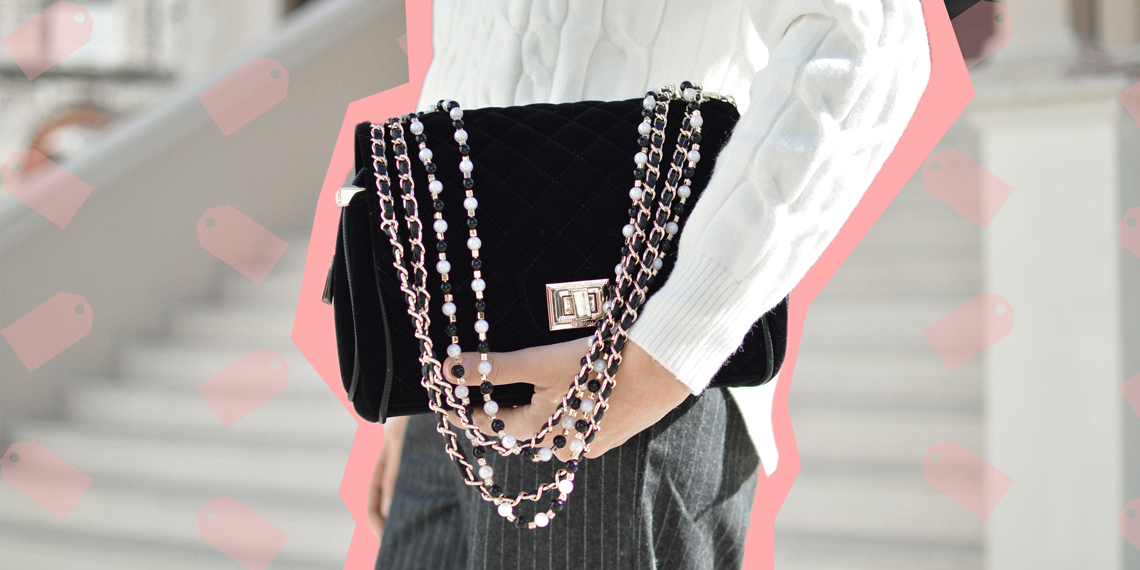 The Nordstrom Anniversary Sale Is On & Here Are The Best Deals

If you weren’t aware or don’t have a serious shopping problem (hi), maybe you didn’t know that Nordstrom’s biggest sale is happening right now. Hopefully you have a Nordstrom card and got early access to the Nordstrom Anniversary sale, but it goes live for you muggles on July 20th in case you don’t. I’ve rounded up some of my favorite items that have the best discounts that you should totally buy before the sale ends on August 5th! Also, I’m living vicariously through you, as this is what I would buy if I had the money. Ugh.

This is my favorite bag of all time. It’s so cute and versatile and perfect to just carry the essentials on the go. I have this bag in taupe that I bought, like, five years ago, and I wish I had another one in black. It’s a have-to-have that you’ll use for ages, and it’s currently almost $100 off.

I actually have these already, and I got them as a gift, so they were free, but you can get them for almost-free during the Nordstrom Anniversary Sale. Black over-the-knee boots are everywhere right now, even though it’s 99 degrees in LA. Expect them to even be more ubiquitous once fall hits. These are so cute, have a low heel so you can walk in them, and are $40 off. I can’t do math so I can’t like, tell you the percentage off they are. But it’s a lot and you should get a pair now instead of paying full price in October when you decide they’re a necessity.

These sunglasses are so chic, I can’t stand it. They’re beautiful, neutral colored so you can wear them with everything, and I want them. A LOT. They’re $50 off if you get them now and will look so cute either this summer or in the fall.

If you’re looking to invest in a super cool one piece for this summer, get one now during this sale. IDK why swimwear is so expensive when it’s literally a scrap of waterproof fabric, but whatever. This Kenneth Cole one is sooooo chic and pretty, plus the band in the middle will suck in for you so you can day drink to your heart’s content. It’s also currently 40% off, so if you want a nice swimsuit, do it now. (Also, I only knew the percentage this time because Nordstrom was kind enough to have it labeled. #win)

This is  my favorite underwear ever. If you’ve never tried it, you won’t understand, but it is worth every penny. In some magic way, every piece of Hanky Panky underwear fits everyone (it’s super soft and stretchy), like in a creepy Sisterhood of Traveling Pants sort of way, but please do not share underwear. (Why do I feel like I have to tell you people that?) No matter how much I eat or weight I gain or lose, Hanky Pankys never cut into my fat, give me red marks, or otherwise fat shame me. Even though Hanky Panky underwear is way more expensive than, say, the Victoria’s Secret 5 for $25 deals (but I think it’s like, 5 for $32 now anyway) it’s so worth it. They’re currently like, 25% off. I think. I can’t do math, guys, they’re just on sale.

I don’t know if you guys live places where there is weather, but I don’t, and I still have a pair of these boots. They’re just so cute and versatile and the second it drizzles even a little bit in LA, you can bet your life I’m wearing them. Or one of my five other pairs of rain boots, that I wear once a year each. I know, I have a problem. Think of boots like these an investment: buy them once, wear them every time it rains until you die. The one downside to these boots is their price tag, BUT it is currently $50 off, soooo…

I’m currently having a love affair with homeless-looking cardigans. They’re just so comfy and easy to throw on. This one looks super cozy, and I love the thick knit. It’s usually a bit expensive to find a good cardigan that isn’t itchy or super thin, so get one during the Nordstrom Anniversary sale where the good stuff is priced down.

You’re supposed to replace your workout shoes after every 300 miles run, but I don’t run at all, so I wear the same two pairs to the gym for the last five years. And by “gym”, I mean wearing athleisure looks while I plan to go to the gym later, and then don’t go, and somehow end up going out for drinks again. I should probably replace them? Idk, but gym shoes are super expensive and you don’t want to get cheap ones since you may end up all hunched over from bad posture (I’m assuming). These gray Nikes are so cool, and they’re a little different than the basic black ones I wear the most. They’re currently $27 off, so buy now.

Images: Nordstrom (8)
Betches may receive a portion of revenue if you click a link in this article and buy a product or service. The links are independently placed and do not influence editorial content.