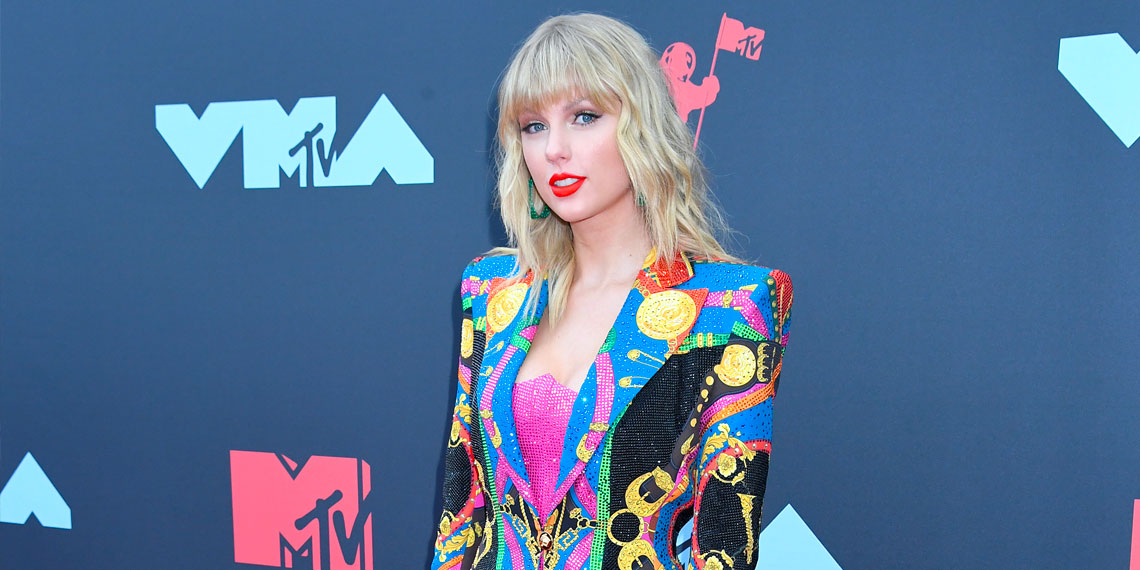 The Most Important Underrated Moments Of Taylor Swift’s Decade

Love her or hate her, you can’t deny that Taylor Swift has had a pretty iconic decade. Today, she turns 30, which surprised me at first, but then I remembered that being born in 1989 is like, a major part of her image. We’ve followed along with Taylor’s life since she was a teenager, so I guess this should make me feel old, but really I’m just taking this as an opportunity to reflect. Not on like, my personal growth or some boring sh*t like that, but on all the amazing moments Taylor has given us this decade.

It might sound like I’m sucking up to Taylor here, but I don’t just mean “amazing moments” like her winning awards and selling a bunch of albums. I mean all the petty, passive-aggressive, and cringeworthy moments that only Taylor Alison Swift could possibly have created. My personal relationship with Taylor has come a long way in the last 10 years, so it’s time to take a walk down memory lane. Here are all the best Taylor Swift moments that you might have forgotten about in the past decade.

Kim exposing the phone call between Kanye and Taylor about his line in Famous. RT to save a life pic.twitter.com/FLBkEXkJTZ

Okay, so no one has really forgotten about Taylor’s decade-long feud with Kanye, but this one specific moment felt a pivotal moment in our pop culture history. After Taylor Swift publicly called out Kanye West for his lyric about having sex with her in his song “Famous”, Kim Kardashian defended her husband by releasing a video of Kanye calling Taylor to get her approval before the song ever came out. It was the Snapchat story heard around the world, and it re-ignited one of the biggest celebrity feuds ever.

In response to the video, Taylor clarified that she was actually angry about the use of the word “bitch” to describe her, and that she would very much like to excluded from this narrative. Her lawyers also reportedly sent Kim and Kanye a letter demanding that they destroy the video, which, as you can see from the video embedded above, was too little, too late. Taylor then went on to release an entire album inspired by Kanye being mean to her, and it’s fair to say that they’ll probably never truly get along. God, I love Kim for being messy and posting this video.

The Time She Was (Allegedly) In A Box

Taylor Swift has reportedly been carried out of her house in this massive suitcase https://t.co/iIeamTRfFM pic.twitter.com/bdmZyIKIsB

This is a deep cut from the Taylor Swift vault, but I felt it was vital to include. Back in 2017, paparazzi service Splash News published a bunch of photos with the caption “Taylor Swift being transported in a huge suitcase from her Tribeca apartment into her truck.” They later retracted the caption, saying that it wasn’t verified, but a huge rumor had been born nonetheless. We’ve never gotten confirmation one way or the other, but I personally 100% believe this to be true. If you asked me which celebrity would make people carry her inside a giant case to avoid photographers, it would absolutely be Taylor Swift.

We’ll probably never know for sure whether Taylor is inside the box, but we got a major clue last year, when Zayn mentioned in a British Vogue interview that Taylor “was traveling around in a suitcase.” SEE?!! Say what you will about this theory, but it’s basically confirmed in my mind.

As if the box mystery wasn’t compelling enough, let’s move onto another legendary mystery about Taylor Swift’s life: the infamous scarf. In her 2012 song “All Too Well” Taylor sings about her relationship with Jake Gyllenhaal, which you also may have forgotten about. The song is masterfully written, but there’s one lyric that fans couldn’t stop thinking about: “I left my scarf there at your sister’s house, and you’ve still got it in your drawer even now.”

For years, people fixated on this scarf, and whether or not Jake (or Maggie) Gyllenhaal knew its whereabouts. Then, in 2017, the pop culture gods smiled down on us, and Andy Cohen asked Maggie about the scarf when she appeared on Watch What Happens Live!. Maggie said that people always ask her about it, but had no idea about what the song was actually referencing. She did say, though, that “it’s possible.” Case closed, Maggie Gyllenhaal has Taylor Swift’s scarf somewhere.

If you know anything about Taylor Swift, you know she’s always been a Tumblr girl at heart. She prefers a petty text post to a Notes App apology any day, and she’s also not afraid to troll the good people of Tumblr. To understand this story, we have to go back to a vintage Tumblr meme:

God, I loved Tumblr. This whole post is iconic, but “no its becky” literally needs to be carved on my grave. This post made its way around Tumblr for a few years, and then in 2014, it reached a peak. Taylor Swift stepped out in New York wearing a T-shirt that said, and I cannot make this up, “no its becky.”

Tumblr, and the internet as a whole, obviously ate this sh*t up, and I have to hand it to Taylor. This was really an epic moment in pop culture, and it proved that despite being annoying sometimes, she really does have a sense of humor.

Is there anything more cringeworthy in Taylor Swift’s history than her short-lived relationship with Tom Hiddleston? I mean, maybe she once waved at someone she didn’t actually know, but I haven’t heard about that, so the Tom Hiddleston relationship it is! We all know how this began—with that awkward dance at the Met Gala. I’ll take any opportunity to use this gif, so feast your eyes on this baby.

I guess they really did find love in a hopeless place. If your eyes aren’t bleeding after watching that, let’s continue. Taylor and Tom had a brief but intense relationship, getting photographed up-close in multiple locations (Rhode Island, Italy) that some people thought it was a fake relationship just for a music video. The embarrassment culminated in his appearance at her Fourth of July party wearing an “I Heart T. S.” tank, which thankfully, Robert Downey, Jr. won’t let us forget. You’re doing the lord’s work, sir.

Join me in welcoming the biggest T. Stark fan of them all to Instagram! @twhiddleston

After that, they quickly broke up, and Tom Hiddleston presumably burned that hideous f*cking tank top. I hope he spent a lot of time thinking about what he had done, because honestly, what was he thinking?

Her Relationship With A Kennedy

Of course we haven’t forgotten about Taylor Swift’s high-profile relationships with celebs like John Mayer or Harry Styles, but when was the last time you thought about Conor Kennedy? He and Taylor dated in the summer of 2012, and my favorite moment was when they crashed the wedding of another Kennedy family member, an event which thankfully made its way to the tabloids. Specifically, the bride said that Conor texted her an hour before the wedding asking if they could come, and she specifically responded “Please do not come.” Well, they came anyway, and the bride asked Taylor to leave. Why don’t more people know about this??

Additional fun fact: since her relationship with Conor, Taylor has never dated another American guy. Guess he ruined Americans for her, sad!

While the wedding crashing wasn’t her best behavior, Taylor has frequently used her power for good. In 2015, she penned an open letter to Apple Music, bashing them for their announcement that artists wouldn’t be paid for streams during users’ free trial periods. This was obviously a f*cked up decision, and Apple quickly walked back their earlier announcements, but the damage was done. Taylor withheld her new album from the streaming platform, and also pulled her music from Spotify over their less-than-ideal payment system.

In the years since this went down, Taylor Swift has fixed her relationship with Apple, and her music is also back on Spotify. But in that moment in 2015, she proved that she wasn’t afraid to use her voice to fight for what she believed was fair. She d0esn’t always get it right, but this was a pretty great moment.

No one does petty like Taylor Swift, and what’s pettier than assembling an entire group of friends to sh*t on someone you don’t get along with? For Taylor’s “Bad Blood” video, she did just that, giving life to the “girl squad” trend and basically throwing Katy Perry under several buses.

While Katy obviously didn’t make an appearance (that would take a few more years), this sh*t had Selena, Gigi, Martha Hunt, Cara Delevingne, Karlie Kloss, Jessica Alba, Lena Dunham, Mariska Hargitay, Ellen Pompeo, and Cindy Crawford and other people that I haven’t even listed here because I’m sick of commas. It was a huge deal, and premiered during the Billboard Awards. And then Taylor continued to trot out her celebrity friends like pretty little show ponies for the entirety of her tour. Still mad I didn’t buy tickets tbh.

This drama recently unfolded, so if you don’t remember what happened you probably need to use more anti-aging cream than me. DM me your address and I’ll share my routine. We’ve covered the multiple stages of this feud in detail, so I’ll just link info here and here, but we can’t just not mention it here. This summer, Taylor Swift made everyone choose sides (and Google “what are masters”) when she accused Scooter Braun and Scott Borchetta of basically ruining her life by buying her entire musical catalogue.

Then, a few weeks ago, she started phase two of this war when she claimed that these men weren’t going to let her perform her old hits at the American Music Awards. Scooter finally posted a lengthy statement, refuting her claims claiming that he was receiving death threats, and Taylor performed her old songs without a mention of the drama. I don’t know where this feud is headed in the future, but it’s definitely been a bumpy ride this year.

I could talk about Taylor Swift all day (and I kind of feel like I have), but if anyone deserves the attention, it’s her. Whether you love her, or love to hate her (or fall somewhere in the middle), she’s had a massive decade, and I’m sure her 30s will be no different. Taylor—keep being petty, I literally don’t know what I would do without you!