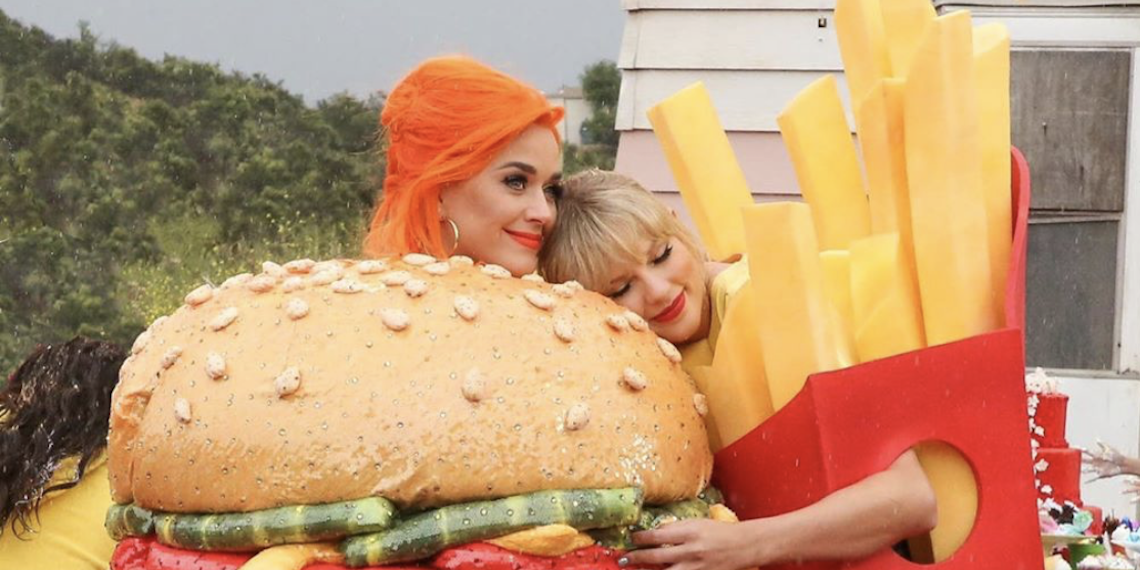 The Most Random People In Taylor Swift’s New Video

Taylor Swift released her latest single, “You Need To Calm Down,” on Friday, and of course I had thoughts right off the bat. I still like the song, and it’s definitely been stuck in my head all weekend. This morning, Taylor dropped the video for the song, and she’s really not playing around here. There are about a million celebrities in the video, many of them famous members of the LGBTQ community.

Many of the inclusions in the video make perfect sense, like executive producer Todrick Hall, and known lesbian and friend of Taylor Swift Hayley Kiyoko (who also happens to be my girl crush). But Taylor really pulled out all the stops here, and there are some cameos in the video that were very unexpected, for a number of reasons. Here are all the most random celebs in the video for “You Need To Calm Down.”

This meal is BEEF-free #MeatFreeMonday ?♥️? #YNTCDmusicvideo Link in Stories

Okay, so random is really the wrong word to describe this, but I obviously had to include it. After Katy Perry officially announced the end of her feud with Taylor Swift, we all knew there was something coming, and here we go. I believe that they’ve gotten over their beef, but this is also very calculated. I have a feeling there’s still a collaboration or something coming this summer, so prepare to have Katy and Taylor shoved down your throat for the foreseeable future.

I never thought I’d see Adam Lambert giving Ellen Degeneres a tattoo, but it’s 2019, and weird sh*t is happening all over the place. Ellen’s spot in the video makes sense, because she and Taylor Swift have always been weirdly obsessed with each other, but I haven’t seen Adam Lambert in a minute. These days, he tours with Queen as their lead singer, but I guess Taylor is a fan too?

There are a lot of drag queens in Taylor’s video, but the one who stands out the most is the queen who looks exactly like Taylor. This is Jade Jolie, who was on the fifth season of RuPaul’s Drag Race, and she’s known for being one of the best Taylor Swift impersonators. Idk if Taylor Swift actually knows who all of these queens are, but at least she got good ones for the video.

So much fun “renewing my wedding vows with @justinmikita” while @ciara officiated thanks to @taylorswift YOU NEED TO CALM DOWN video. ?❤️ – out now!

I haven’t watched an episode of Modern Family in approximately seven years, but apparently Jesse Tyler Ferguson has friends in high places. Jesse and his husband Justin Mikita got…remarried, I guess?…on the set of the video, and their wedding officiant was none other than…

F*ck, Ciara looks so good. I’m not sure about her connection to Taylor Swift, but luckily she graced us with her presence in this video, as the hot pastor officiating the wedding. Should I be wearing more orange latex?? Probably not, but I’m still tempted after seeing this lewk.

So much love for all these people and everyone in this music video. MY HEART IS COMPLETELY FULL and FILLED.

Adam Rippon is great, but I’m starting to think Taylor Swift just Googled “famous gay guys” and called the first 10 people that came up. Of course, Adam made history last year when he won a medal as an openly gay man at the Olympics, but the jury’s out on how he knows Taylor.

Out of all the cameos in the video, Ryan Reynolds was definitely the least expected one. If I had to guess, this one can probably be traced back to the fact that Taylor is good friends with Blake Lively, who is obviously married to Ryan. I’m still not sure exactly how he ended up on set, but that at least explains how they’re friends with each other.