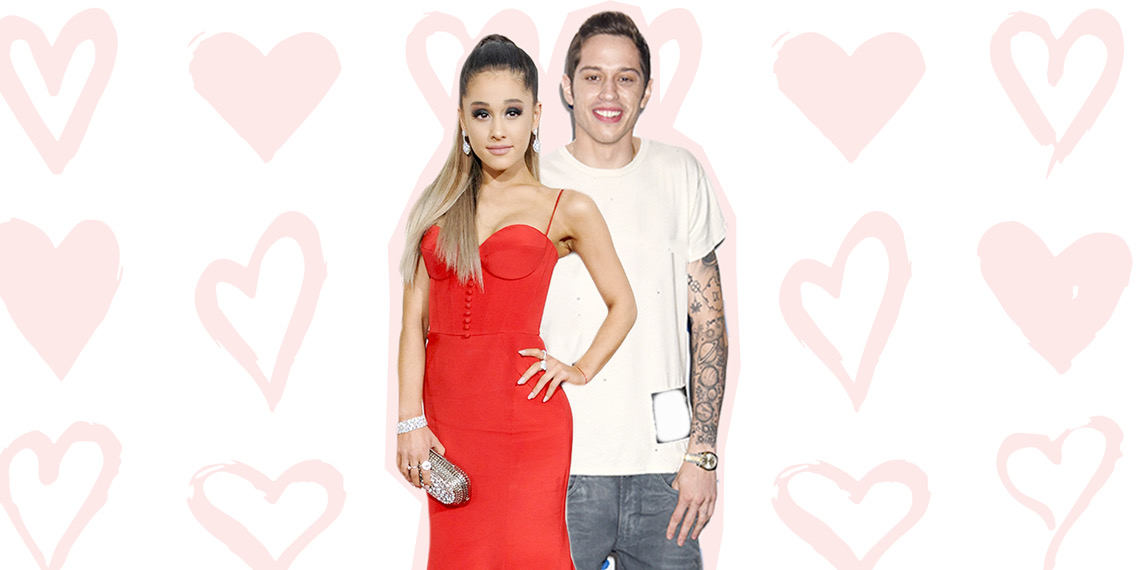 It’s now been over a month since Pete Davidson and Ariana Grande  made the commitment to spend the rest of their lives together, and they somehow have not gotten any less extra. We’re still being treated to grainy Instagram photos and cryptic tweets about their relationship, and honestly, I’m still fascinated. So far, these two are the gift that keeps on giving, from copious amounts of questionable tattoos to epic social media clapbacks. No matter how ridiculous this relationship is, I’m IN.

That being said, it’s been a few weeks since I updated you on all the important happenings in Pete and Ariana’s relationship, and that’s really too long. Let’s get caught up, shall we?

I’m kind of immune to the tattoos at this point, but Pete’s recent gift to Ariana is…serious. Pete’s dad, Scott, was a New York firefighter, and he tragically died on 9/11. For the past 17 years, Pete has worn his dad’s necklace with his badge number on it, and this week he gave it to Ariana. It’s intense, but sweet. What’s truly weird is that, in the past, Pete had several replicas of the necklace made, and gave one of them to Cazzie David! Yikes!!! It seems like a pretty big diss to Cazzie that they dated for like, two years and she only ever got a replica, while Ariana snagged the real thing after, like, seven minutes.

Yeah, did I say I was over the tattoos? Guess I lied! This week, Ariana debuted two new tattoos dedicated to her mans, because of course she did. The first one, on her foot, is Pete’s dad’s badge number. Again, that’s intense, especially considering Ariana has never met Pete’s dad. But his memory is obviously very important to Pete, so it just shows her level of dedication. Right? Right.

Sidenote: I know I’m not a hero (in the conventional sense), but I’d just like to put it out there that when I die, please just cremate me and take some shots in my honor. No one needs to get a tattoo.

Ariana’s other new tattoo is kind of cute, but I’m still gonna roll my eyes at it. She got “pete” in tiny cursive letters on her ring finger, and I honestly don’t hate it. Really, I don’t hate any of these tattoos, I just don’t understand why there have to be so many of them! Also, can we just appreciate how pretty Ariana’s jewelry is? Truly goals.

I’m rounding out this update with something that is not real, nor is it something Pete or Ariana actually did, but it just brings joy to my life. The genius that made this Photoshop of Pete and Ariana swapping hairstyles is my favorite person in the world, and also Ariana would absolutely slay with this haircut. I love these crazy kids.

honestly ? not too fuckin shabby pic.twitter.com/1gMzmtXurX