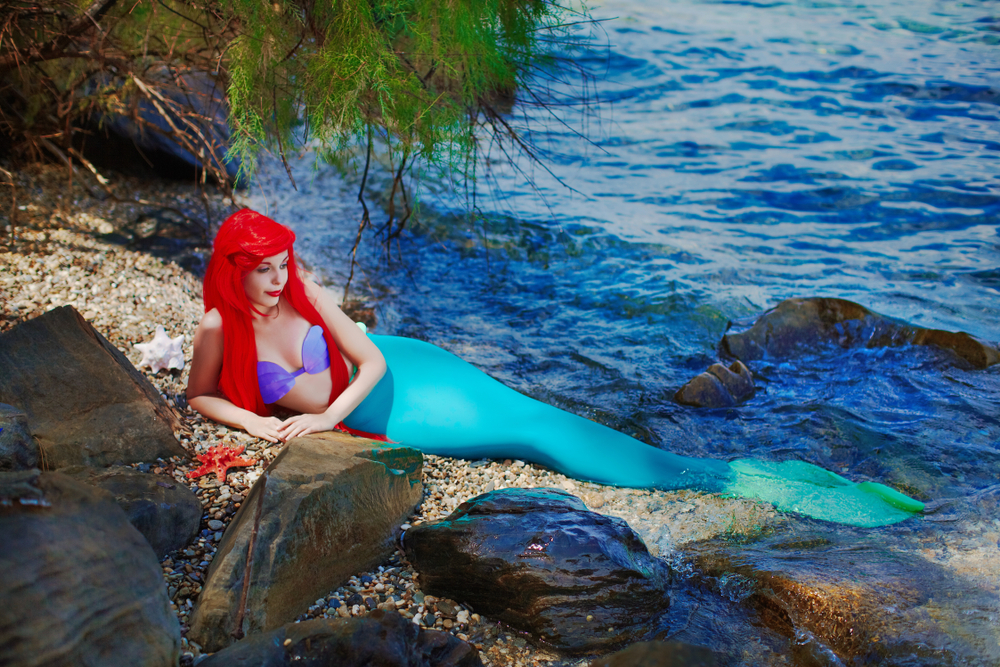 The Disney Princesses Ranked By Betchiness

As we all know, the world is a literal ball of flames, but there are some things that still matter. Namely, the betchiness of some of our favorite Disney princesses. Now, by virtue of being princesses, all the Disney girls are fairly betchy, but here is our ranking of the most, and least, of them all. If your favorite princess is missing, it is because they are middle-of-the-road betchy and I don’t have the time for that. If you’re upset, remind yourself that Donald Trump is literally president and there is other shit to worry about rn.

Ariel is the betchiest of the princesses for a number of reasons. For one, she is 16, which is the second betchiest age after 21. She starts shit off strong by both arriving late for the shell-based all-mermaid choir that she is a part of (nice extracurriculars, Ar), and being the youngest and hottest of her sisters. She then continues the betchiness by being a little shit to her dad, who she refers to exclusively as “Daaaaaadddyyyyy,” and disregards all of his advice in favor of  chilling in her giant room full of shit she doesn’t need and pursuing a hot rich guy that she saw once—and that’s literally, like, the first five minutes of the movie. Ariel is then able to snag said dude (who is too nervous to kiss her BTW) without having to say shit, and beats out some wack-ass brunette in the process. Also, Ariel is a mermaid and only wears a bra. Case. Closed.

Sleeping Beauty is hands down the betchiest of the classic princesses, mainly because she barely does anything and yet everyone is obsessed with her. People follow her around all day making sure that she wears the right color (pink! blue!), and, much like Ariel, she is able to snag a hot rich boyfriend just by being casually hot one day in the forest. Aurora (that’s her name, btw) then proceeds to full on nap through the most exciting part of her movie, only to wake up once her boyfriend has handled everything and that annoying rando Maleficent is dead or whatever. The only thing keeping Aurora from the top spot on the list is that she is basically boring. Like, she seems like the type of girl who wouldn’t even get kicked out of the bar on her birthday. Also, let’s not forget the time she went into the forget and pretended that old clothes filled with animals were her boyfriend. That shit is delusional dating to the extreme. Second place.

Jasmine snags third place because of her incredible contribution to the art of wearing crop tops. Her waist, which is somehow half the size of Jafar’s hand, will not be forgotten. Her bedroom is also the betchiest of all the princesses. We’re talkin’ full vanity, balcony, a lounging couch, a bed covered in drapes, and this chick is only 16 years old. She’s immediately shitty to any dude who tries to talk to her, and is a gold medalist in Throwing Yourself On Your Bed And Sobbing. She’s in third place here for a very simple reason – why tf wouldn’t you want a rich boyfriend? Like, you have princes knocking down your door and yet somehow you’re infatuated with a dude in ripped up harem pants and a mattress on the floor? No fucking thank you. Get your priorities straight. Even Aladdin knew he had to pretend to be rich to be with you. Have some fucking respect for yourself.

Snow White is another princess who chooses to nap through the climax of her own story, which is noble AF, but ultimately she is kind of a dud. Like, why do you love cleaning so much? And how do you not know that you’re the fairest of them all? Any true betch has a full ranking of the hotness of every girl she’s ever met relative to herself running in her mind at all times. Also, your voice is annoying and wtf are you wearing? A yellow skirt, blue princess cut top, and like…a popped collar? Honey, that is a goddamn mess. Good on you for only ever allowing yourself to be seen eating an apple, though. Fourth place.

Again, this is a chick who needs to have some goddamn respect for herself. You are blond, impossibly thin, and have tiny feet. You do not need to be cleaning some uggo’s house. Go look in the mirror and tell your stepsisters to get fucking steppin.’ Any true betch would know that you absolutely do not have to listen to your step mom ever. If you want to go to the ball, just fucking sneak out your window and go. When you show up hungover in the morning and she asks where you were, yell “YOU’RE NOT MY MOM,” and lock your goddamn door. It’s literally that simple. Also, you’re legit gonna come home in time for curfew? Really? Midnight is literally when you should be arriving to a party. But, again, she is skinny and blond which is an accomplishment in and of itself, so good for you Cindy. Fifth place.

Okay, so I’m sorry but Pocahontas is a dud. First of all, yes, you should marry Kokoum. He is hotter and not wearing a shirt and didn’t come on a boat made of racism to kill your family. So yeah, marry Kokoum. Secondly, get a better friend group. It’s the 1600s. There are like, a ton of other Native American humans for you to be friends with, but you’re hanging with a raccoon, a bird, and a fucking tree with an old lady’s face? Get with it. You know Nakoma is only hanging out with you because you were friends as kids and her mom says she has to. Sorry but it’s true.

Ugh. Here’s a girl you know brags about having “mostly guy friends.” It’s like, you are getting your hair and makeup done free of charge and you’re not even grateful. Do you know how much I would kill for a free updo with a jade pin and a full face of makeup? Get your priorities straight. “Saving China” should not come before looking fly AF.

Nope. No. Sorry. Get your fucking look together. You have beautiful curly red hair. Literally all you need is leave in conditioner and your ginger ass would look amazing, but instead you’re all fucking over the place. I’d criticize Merida more on the content of her movie, but I fell asleep during this movie because it was so damn boring. Sing a fucking song. Nobody cares that your mom is a bear. Bye.

DUD. DUD. DUD. THE HOTTEST GUY IN TOWN WANTS TO MARRY YOU BUT YOU WOULD RATHER MARRY A GIANT CAT WHO KIDNAPPED YOU. THIS IS LEGIT MENTAL ILLNESS. GET YOUR FUCKING HEAD OUT OF THE BOOKS AND SEE A PROFESSIONAL. SILVERWARE IS NOT A FRIEND GROUP. SEEK. FUCKING. HELP. LAST PLACE.