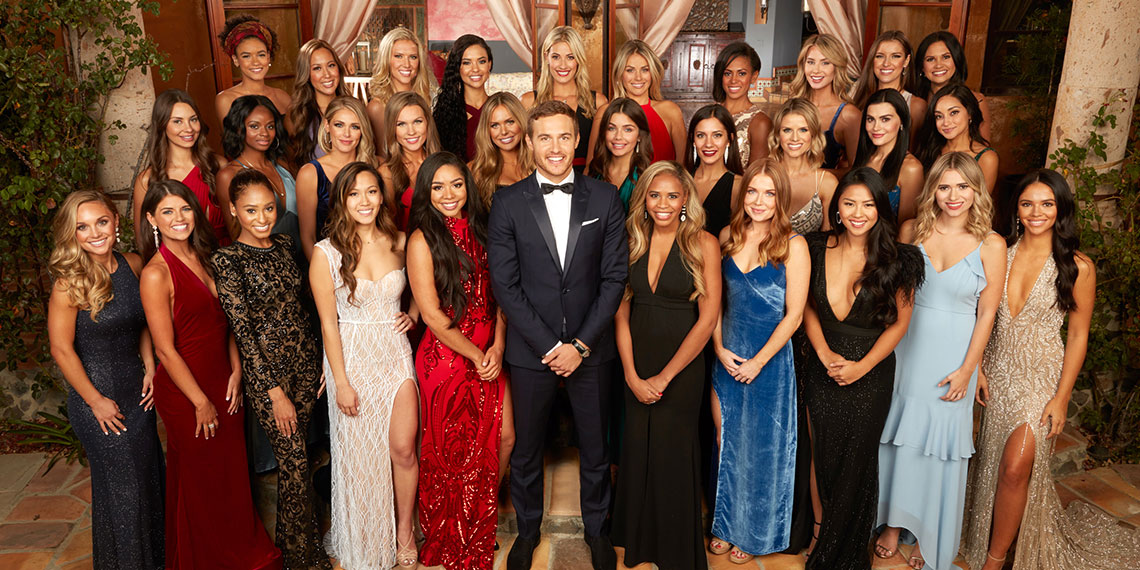 This season of The Bachelor has been predictable, spineless, prone to injury, with dance moves so cringeworthy I watch every episode through my fingers while simultaneously shrieking. Oh SORRY! I’m describing the Bachelor himself. This season has been the most dramatic ever, with fights over champagne imported from exotic Des Moines, Iowa, accusations of lying, and beauty queens denying they ever knew each other. And, we’re five episodes in and the women have already attempted a coup and revolted against the lead! They haven’t even been in the house long enough for their periods to sync up! But this is what you get when your contestant’s average age is lower than that of everyone on the Navarro Cheer Team. Jerry would never behave this immaturely.

So, you could say this season has been A LOT. But, according to the internet, we haven’t even heard the REAL drama yet. That’s right, there have been some crazy rumors and theories flying around about Pilot Pete’s season, each one more unhinged than the last. So, let’s take a look at these rumors and theories that people have come up with based on very little evidence and very large amounts of conjecture. My favorite!

One Of The Contestants Is Pregnant

Well well well, isn’t this a juicy one?! According to Heavy, and apparently, the Millionaire Matchmaker herself, one of Peter’s women is expecting. And so soon after she finally got her first period, too! This theory is based on the fact that in finale previews, Peter learns a piece of information that makes him feel overwhelmed, and he says “I think I’m going to pass out.” That has led some people on Twitter to claim the information that he learns is that a woman is pregnant. Wow, that’s rock solid evidence right there. Call up Olivia Benson and have her take it to the DA right now because they don’t need anything else. I’m impressed.

So rumour has it that #PeterWeber @BachelorABC got one of the contestants pregnant and that the ending of the show is a never before seen ending. Hmmm, what do you think? Do you think it’s true?

So, who do we think is pregnant, friends? We all know it’s not Kelsey because she’s on a cocktail of Pinot Grigio, Adderall, and birth control, but anyone else is fair game. Now, if only the producers had let Peter bring his personal car jam-packed with condoms to filming, we wouldn’t be in this amazing ratings opportunity situation, would we?

Peter Slept With Kelley When They Met In The Hotel Lobby

I mean, duh, I think we all figured that, right? Lobby encounters are by definition not memorable UNLESS you have an illicit hookup in a poorly cleaned gender neutral bathroom. Or, if you’re at a DoubleTree, because those hot chocolate chip cookies are BANGIN. But sure, I will give former winner Lauren B, now known as Lauren Luyendyk, credit for bringing up this theory on her YouTube channel (who knew that existed??). Lauren is, again, basing this on previews that the producers definitely did not slap together to manipulate viewers into believing certain things happened that did not happen. She says that the teasers that allude to Peter sleeping with one of the contestants are talking about Kelley, and that it happened before she even went on the show. While I think this is a bit of a stretch to guess based on previews, I do think it happened and I am VERY impressed that Lauren B managed to come up with a string of words longer than “I love that,” so I’ll go with it.

@pilot_pete good to see you again, let’s pick up where we left off! #fourseasons #Itsfate #itsasign

They’ve hooked up, I can see it in their eyes

Peter Had Sex On His First One-On-One

Look guys, I know you’re starting to think I’m a perv because these are all about sex, but it’s not me I swear! It’s the internet that’s the perv! So, anyway, PEOPLE ON THE INTERNET think that Peter and Madison got it on during their first one-on-one date. I think this is unlikely considering he was at a family party where his parents were renewing their vows, so doing it with a virtual stranger seems a bit gauche—but this is also a man who does not respect the sanctity of the windmill, so anything could happen!

Let’s look at the flimsy-at-best evidence for this one. According to Cheatsheet, “every time Weber gets together with Madison they talk about how special their first date was together. They seem almost too giddy about the whole thing.” Personally I think they probably talk about that first date because they don’t know each other, have spent a total of three hours together, and have literally nothing else to talk about, but sure, maybe they f*cked. I mean, it would explain why Madison has only worn replicas of that hot pink Wet Seal dress ever since. Trying to recreate the magic, perhaps?

she fits right in🥺

Is this pre- or post-sex?

The Ending Hasn’t Happened Yet

Before the season aired, Peter went around bragging that his season couldn’t be spoiled. Weird flex, but okay. Reality Steve, known for being the Bachelor spoiler himself, claimed this was because the ending hadn’t actually happened yet. And Chris Harrison, managing to drag his ass off the golf course to begrudgingly fulfill his contract, says, “It’s possible it’s still not over.” Okay, Chris, like you were there long enough to know. Sure. I mean, this would be a way to keep the ending a secret, and also a way to force us poor viewers to watch four hours across multiple nights of After the Final Rose. This show does love their torture. Why can’t they just waterboard me instead?! Please?

However, Reality Steve now says that he has finally heard the ending, he just doesn’t have any evidence solid enough that he feels like he can publish it. UGH this is like when my friend drunkenly whispers in my ear “I have a secretttttttt” and then promptly passes out. It’s rude. I guess we’ll just have to wait until the finale to find out which model he picks, huh?

Peter Ends Up With Hannah Brown

I think this one is the least likely, but I had to put it in here because our resident recapper, Ryanne, has been insisting for months this is the ending, and I’d like her to have a little hope in her sad little life. This one’s for you, Ry! So, as we all know, Hannah showed up at the mansion on the first night, and then showed up at the first group date to remind us all that she f*cked Peter in a windmill (as if my nightmares have let me forget it). They were both very emotional about her return, and it seemed for a while like she might stay. So, after grasping at these straws, and of course, overanalyzing previews, people on Twitter briefly decided that Hannah B returns, and is the ultimate winner of Peter’s season. Reality Steve says that’s not gonna happen, and that she was filming Dancing with the Stars the whole time The Bachelor was filming, so it’s most likely a pipe dream. Even if Hannah B isn’t the winner, we are all winners, because we got to see perhaps the best display of mascara tears ever on television. Yeah, I said it, Lauren Conrad. Fight me.

The captain has turned on the seatbelt sign…because we are about to experience some BEASTLY turbulence 😱 See what @hannahbrown is up to on #TheBachelor premiere tonight at 8|7c on ABC.

And those are the crazy rumors going around! Personally I hope one of the girls is pregnant, and I hope that baby comes out of the womb babbling nonstop about windmills. We’ll find out soon!

For more, subscribe to our NEW Betchelor Breakdown newsletter