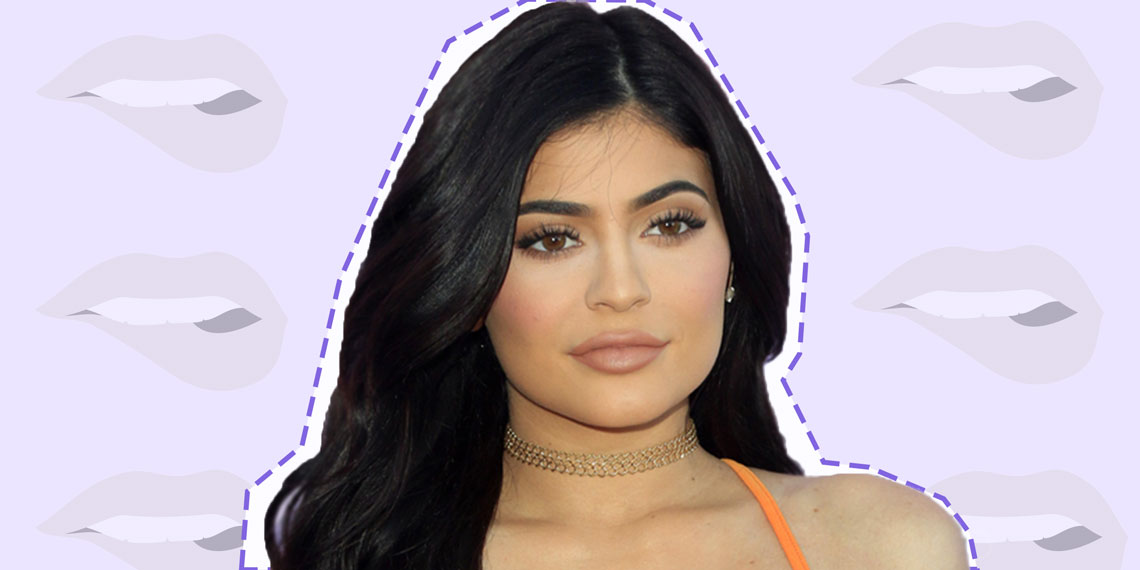 Today is Kylie Jenner’s 21st birthday, which just makes me feel old. Kylie has been in the spotlight since she was nine years old, and her transformation over the last few years especially has been crazy to watch. It’s one thing to watch a little kid get older, but Kylie has basically looked like a 25-year-old since she was 16. From extreme contouring to her world-famous lip fillers, watching her face morph over the past few years has been a serious trip. Join me for a walk down memory lane, as I examine some important milestones of Kylie Jenner’s facial journey. Lol, my facial journey is just going from having bad skin to having, like, slightly less bad skin. Why am I not famous and/or rich?

Our journey today begins way back in January 2014, when Kylie was just a 16-year-old kid. She had obviously been famous for many years by this point, but this is when she really began to transform into the young woman that she is today. In this photo, she’s wearing a lot of makeup and has already started working on her famous pout, but I’m pretty sure there’s nothing artificial in her face yet. Simpler times…

This is one of the last photos on Kylie’s Instagram where she actually looks young. Like, I don’t know exactly what happened around the summer of 2014, but I have a feeling it involves a needle and some hyaluronic acid and some swelling, bruising, and soreness. But in this pic, Kylie still looks like kind of a normal teenager, albeit who’s wearing a lot of makeup and way too many necklaces. I don’t know who the other girl in this picture is, so RIP to one of the many Kardashian acquaintances lost to time.

Did anyone else forget that Kylie went through an emo girl flannel phase? She looks like every MySpace girl in my ninth grade class, except with professional contouring and lip fillers. Oh yeah, she has lip fillers now, surprise! Her lips definitely look bigger, but they still at least seem normal on her face. Gotta love the green hair, truly a classic Kylie look of yesteryear.

Kylie is only 17 in this photo, which is just truly wild. Her lips look even more huge than before, and she also looks abnormally tan. Maybe it’s the lighting, maybe it’s too much self-tanner Also, please note the caption about her rocking her Kylie Hair Kouture extensions, which is a true gem of 2014 culture. Is it just me, or does she look a little like Ariel Winter here?

This video is dumb. You don’t have to watch it, I promise. Instead, just appreciate the glory that is this preview thumbnail. Kylie has no makeup on, and she looks like a Real Housewife who just came from a stay at “the spa.” Her skin has that waxy look of having some sort of treatment done, and dear god, her lips. It seriously looks like the doctor just injected her three minutes prior. This was back when Kylie was still claiming her lips were natural, which was comical even back then.

running on no sleep man. I’m so excited for tomorrow!

In this photo, Kylie had clearly been neglecting the fillers in her top lip. The bottom lip looks like a wonderful, soft pillow, but the top lip looks sad and deflated. Someone needs a little top-up on her Restylane!

Oh good, the top lip is looking nice and full again. I’m actually a big fan of this pink hair on her, and the makeup is great, but her lips just look stupid. Like, why did we ever think this was a good look?

Circa May 2017, Kylie was still going strong with the lip injections. This was just a few months before she got pregnant, which is a major turning point in the history of Kylie’s lips and American history. With the long, straight black hair, Kylie really looks so much like Kim it’s scary. This is a great look for her honestly, especially with the toned-down makeup. Ugh, she’s so pretty.

So Kylie took out all the fillers, huh? Yeah, I’m not sure I really buy that. She made major headlines earlier this summer by claiming that all her fillers are gone, but these just don’t look like her natural lips. I definitely believe that she stopped getting injected while she was pregnant (which is smart, because acid-based fillers haven’t been tested on pregnant women), but I have a feeling Kylie has been hitting the needle again recently. Maybe I’m wrong, but a lip kit billionaire with small lips just doesn’t check out.

max AC at all times!! p.s. playing with my new bday collection ????

So happy birthday, Kylie! We can’t wait to see what you and your lips will do next.