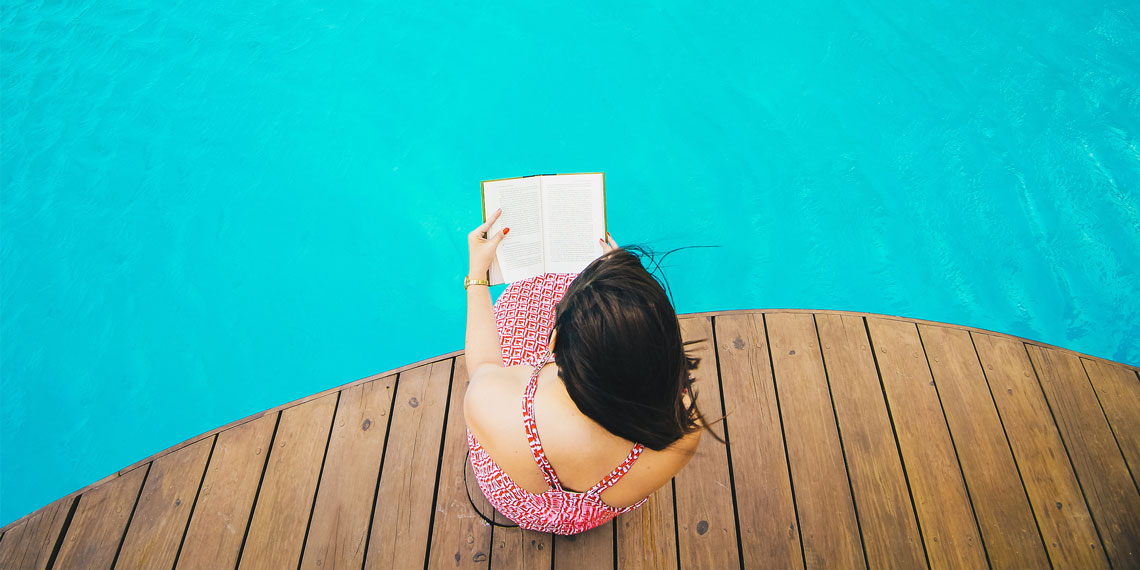 Summer is fucking here, and no I don’t care that it’s not June 21st or whatever. If it’s between Memorial Day and Labor Day, it’s summer. Anyway. With summer comes long days at the pool or beach (or stuck on the subway because Governor Cuomo can’t get his fucking act together. You may @ me). While you spend extended amounts of time on your ass, you’re going to need some new reading material. So I bring to you, the Betches summer 2018 reading list. The books on this list all offer something different, so you could legit buy each and every one of them. Actually, you probs should.

‘Text Me When You Get Home’ by Kayleen Schaefer

Look I am fully aware that I’ve sung the praises of this book too much already. But I’m just passionate, okay? This is a really good summer read to make you appreciate your friends. So just pick up a copy and you can finish it at the pool in like, a day. Just try not to cry in public.

Crazy Rich Asians came out in 2013, which might as well have been last century for some of you, but the movie is coming out this summer, so now you really are running out of time to read the book first. And trust me, with a cast like Constance Wu and Henry Golding, you’re gonna want to see the movie, ergo, you’re gonna want to read the book. Crazy Rich Asians is about an American Chinese girl named Rachel, who goes to Singapore to meet her boyfriend’s family. Only nobody warned her that her boyfriend, Nick, is well… crazy rich, and his family is crazy judgmental. It’s fun, it’s smart, and it’s chock full of sarcastic footnotes. How many books can you say that about?

Vox is about a not-too-far-off future where women are given a quota of 100 words per day that they are allowed to speak. Any more, and they are punished with a series of painful shocks delivered to the device they are all required to wear around their wrists. Yeah. Not gonna lie, I don’t feel great that Christina Dalcher gave the Republican party an idea they will surely work into the 2020 election campaign, but for the time being this a thrilling, if terrifying, read that will hook you from page one. It’s basically the new Handmaid’s Tale.

‘The Kiss Quotient’ by Helen Hoang

The Kiss Quotient is a romance novel, and I just need you all to know before we proceed any further that “romance novel” is actually a euphemism for “sex book”. I did not know that, and thought I was genuinely opening up a love story, then proceeded to get annoyed (and ok, slightly aroused) by all the sex I was reading. Anywhooo, as far as romance novels go (yes this was my first, if you couldn’t tell), this one is pretty different. It’s about Stella, a super smart economist with Asperger’s, who hires Michael, a male escort, to teach her about sex. They both end up getting more than they bargained for, in more ways than one. Wink.

‘Tell Me Lies’ by Carola Lovering

It’s a classic tale of girl meets boy. Boy turns out to be a fuckboy. Fuckboy ghosts in and out of girl’s life throughout college and her 20s like a manipulative, lying Casper. This book is so relatable it’s upsetting. Plus, it takes place in New York, so it’s an extra-urgent must-read for all you New York betches. But what makes Tell Me Lies different from your diary is that we also get insight into the fuckboy’s perspective and his version of events. I’d advise you to delete that guy’s number before picking up a copy of Tell Me Lies—you know exactly which guy I’m talking about.

‘The Masterpiece’ by Fiona Davis

This fiercely anticipated novel that I am positive is going to be made into a movie follows two women, Clara Darden and Virginia Clay, during two different time periods, 1928 and 1974, respectively. Grand Central Station and art link these strangers together, when Virginia finds one of Clara’s old paintings and sets out to learn more about her. But Virginia’s not the only one who wants to know more about Clara Darden and the enigmatic painting. A little mysterious, a little historical, a little feminist, and a lot exciting, this is one book everyone in your book club will love.

‘The Favorite Sister’ by Jessica Knoll

The author behind Luckiest Girl Alive is back with her second thriller. This one’s about two competitive sisters who sign onto a reality TV show together, along with three other equally successful and jealous women. All want the spotlight. All have secrets to hide. And then somebody ends up dead. You’ve got to pick up this one before it becomes the next plotline of Unreal—hopefully not Bachelor in Paradise.

‘Into The Black Nowhere’ by Meg Gardiner

Full disclosure, this is part of a series, but I have a feeling you can pick this up on its own just fine. I read UNSUB by Meg Gardiner earlier this year, and I was fucking haunted for days. Into The Black Nowhere is the sequel, and it follows Detective Caitlin Hendrix of the Behavioral Analysis Unit (yeah, like in Criminal Minds) as she tracks an UNSUB who is hunting female victims, then posing them in white nightgowns, surrounded by Polaroids. It’s inspired by real-life serial killer Ted Bundy, and you’ll devour this faster than you can binge a season of your favorite crime TV show. Let’s just see if you’ll be able to solve the crime before Detective Hendrix.

Y’all remember that book TTYL we all read in middle school that was told entirely through instant messages? Those were the days. Even though AIM is dead (RIP), we’ll get to relive the glory days with the new book Hey Ladies! It’s based on the column in The Toast of the same name, and it follows a fictional group of twenty- and thirtysomething women through one year of summer houses, disaster dates, brunches, breakups, and weddings. And the most interesting part: it’s told completely via emails, texts, DMs, and other forms of communication. I know, I kinda buried the lede there. Doesn’t it sound fun?

‘I Had A Nice Time And Other Lies’ by The Betches

If you haven’t read our dating advice book, you need to get on that shit before our third book comes out (v soon). We’ll give you the brutally honest dating advice your friends won’t and give you a no-bullshit guide to dating from figuring out if you’re ready to date to online dating to how not to sound psycho during the beginning stages and beyond. Trust us, your friends are sick of hearing you bitch about the last fuckboy who screwed you over.