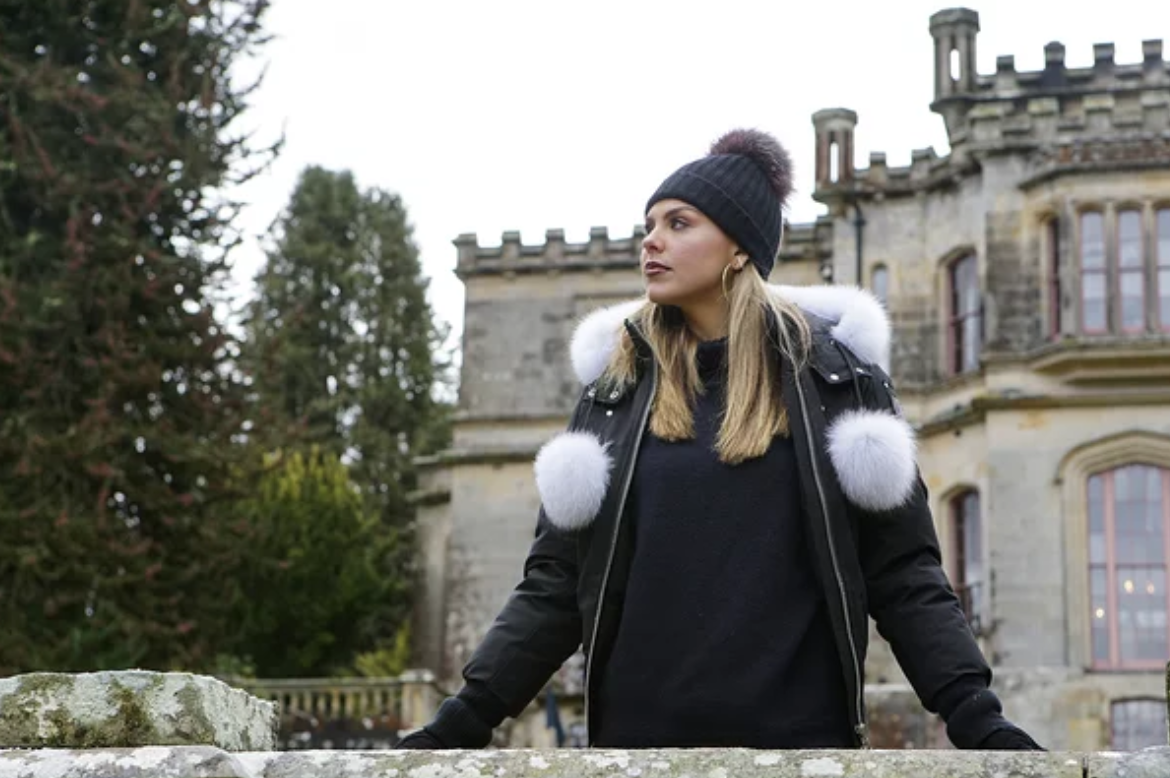 The Best ‘Bachelorette’ Recap You’ll Ever Read: Luke P. Is Definitely A Robot

Welcome back, people, to your regularly scheduled Bachelorette recap! No, it’s not Monday. No, you’re not just drunk. I know, it’s upsetting to me as well. Apparently the Powers That Be at ABC decided that the NBA finals (who???) took precedence over Alabama Hannah’s search for love, and at the very last minute, they decided to push this week’s episode to Tuesday. Never mind that ABC has never once given their audience a reprieve from the grueling Bachelor/ette schedule or taken into consideration that they might have busy lives or other interests. Not last season when they decided to air a three-hour season finale on Monday followed by a two-hour “After The Final Rose” on Tuesday. Not last 4th of July when I had to stream an episode from my cell phone during my family’s vacation at the lake, whilst standing at the end of the driveway next to the trashcans and battling various wildlife for that premium positioning because it was the only place I could get a single goddamn bar of service. And certainly not when they held us hostage on NEW YEAR’S F*CKING DAY to watch Arie’s season premiere. But it’s fine. I’m not bitter, you’re bitter.

Moving on. When last we left off, Hannah had just sat Luke P. and Luke S. down to talk out their issues with one another as if they both aren’t emotionally stunted circus animals posing as human men and can actually articulate their feelings. Good luck with that, Hans!

Things are not going well for Luke S. at the moment, and I’m not just saying that because his suit is heinous. Though that certainly isn’t helping his case. I think he wants to come off as the genuine one here, but the sheer amount of times he’s said the words “my tequila business” in the span of this 10 minute argument is making him seem self-serving and disingenuous. So, I’m sure his Instagram following will love it.

Midway through Luke P. apologizing for calling Luke S. a gap-toothed bitch (I paraphrase), Hannah just up and abandons the conversation. I’m surprised it’s taken her this long. Honestly, if I were Hannah, I would have just shot them both by now. You’re an absolute SAINT, sweetie!

Chris Harrison tells the men that the cocktail party is now over because Hannah has had it with all their bullsh*t. I mean, those are my words, not his because Chris Harrison has yet to do anything other than the bare f*cking minimum all season and has not uttered one single word more than he’s contractually obligated to give. He’s a petty bitch and I love it.

WHAT. Seconds before Hannah is about to give out the first rose Luke S. asks if he can grab her for a second. Can he just do that?? That doesn’t feel like it should be allowed…

GUYS AT THE ROSE CEREMONY: What do we think Luke S. is saying to her??
MIKE: He’s trying to save his manhood.

Lol. If by “manhood” you mean his sh*tty tequila lifestyle brand by trying to get the upper hand one last time before he’s booted from the show, then yes, possibly.

And what do you know, Luke S. is sending himself home! Color me SHOCKED. It’s almost as if he decided he was on the show long enough to secure himself a spot on Bachelor in Paradise and so he decided to peace out before Luke P. could actually injure him. Crazy.

Back at the rose ceremony, Hannah starts calling out men’s names and I’m weirdly anxious considering I can pretty much guess who’s going home at this point. I think it’s because I’m secretly very into Grant, who has gotten almost zero screen time all season so I feel as if his days are numbered. (And if you’re wondering who Grant is, he’s the one who looks a little like an alcoholic Bill Pullman, but it WORKS for me.)

Final Rose Cut: JPJ and Matteo also get booted this week. They’ll join Luke S. as they head back to the Bumble DMs they crawled out of. Until Paradise, guys!

This week, Hannah and the men are off to Scotland. Considering how spectacularly Hannah was able to butcher the history of her own goddamn country, I can’t wait to see how she’ll embarrass us overseas. Though I would be willing to bet my brunch reservations that Outlander is Hannah’s favorite show and that’s where she will be referencing any and all of her historical facts throughout the episode. *turns up volume*

She’s like, “there’s so much culture here and also Mary Queen of Scots was bitchin’” and then immediately looks to the camera for confirmation that she memorized their pre-written statement correctly. You were certainly close, girlfriend!

Hannah chooses Mike for the first one-on-one date in the same way that I chose to have Quiznos for lunch today: it was just there and in my immediate line of sight. Seriously, could she BE anymore half-hearted about this date?

Interrupting all the Luke drama to bring you Mike and @alabamahannah on their 1×1! Did you feel the spark? #thebachelorette #bachelorinsider

I love how Hannah is like, “okay guys fresh start! no more drama!” and the second she walks out the door, it’s like a Real Housewives reunion.

For their date Mike and Hannah don’t do anything special, they just explore Scotland. And by “explore” I mean drink their weight in scotch and then drunk-eat haggis. Is it just me or do Hannah’s dates tend to turn into things that I just do between the hours of 11pm and 2am?

Hannah tells Mike that she’s done a lot of soul searching in the three weeks since she’s been named the Bachelorette. She’s like, “I realized I’ve just been going from man to man and not taking time for myself which is why I’m on a show dating 20 men at once.” Yes, that sounds like real growth to me!

MIKE: I’m just so nervous because it’s been half a decade since I’ve been in love.

Soooo five years then? I’m sorry, but 2015 was not that long ago, buddy. And also, what’s your point? It’s been five years since I’ve been on a single date that didn’t ended in “what’s your Snapchat handle?” or “should we just split this bill then?” WE ALL HAVE OUR CROSSES TO BEAR.

Moving on to the group date this week. The men are in high spirits because Luke P. and his steroid habit won’t be there to sabotage their chances at impressing Hannah. Now if they can’t get her attention, they’ll just have to blame their own mediocrity. This should be good.

Hannah challenges the men to a date involving feats of strength and other typical highland game activities. They all fail miserably. Hannah’s like “I’m most concerned with their sh*tty ax-throwing aim” but I feel most concerned that apparently none of them chose to wear underwear on this date??

Lmao. Dylan lets out a scandalized scream at the sight of one of some other guy’s nut sack. He’s like “I just saw your balls, Connor!!” Never mind that there’s a family of five sitting front and center to this sh*t show. There’s always therapy for little Johnny, I guess.

Okay, why can’t any of these men throw an axe? Almost 90% of them look like they still own, and frequently wear, a rush T-shirt, and yet, they’re acting as if they’ve never played a game in which you need to throw something long-distance at a target. I guess it looks a little different when there aren’t solo cups and kegs of PBR involved, amiright boys?

Jed wins the competition but, like, how tho? Tyler was the only one to hit the target and looked like a goddamn snack while doing it. All I saw Jed do was play a game of slap and tickle with Hannah on the muddy ground and that makes him a winner?? Am I taking crazy pills?!

Hannah seems equally surprised that Jed won, but that could just be because, in addition to being crowned the winner of the Highland Games, he also now co-owns a square foot of Scottish land with her. Congratulations, Hannah! You’re now a land owner with a virtual stranger. Your parents must be so proud.

OMG. HANNAH. She tries straddling Jed and it goes horribly with that mermaid tail she’s trying to pass off as a cocktail dress. It’s the absolute last dress she should be wearing for all this dry humping, but fine. I’m actually feeling more uncomfortable watching this makeout scene than poor Kevin who looks like he just walked in on his parents f*cking and didn’t immediately leave the room. Aw, buddy. It’ll be okay!

Something tells me that after watching this back home, her MeeMaw’s prayer circle is about to hold extra sessions this week.

Lol, Hannah’s date card for Luke is legit a threat. Luke is smiling and smirking about it, but I think someone just got a note like this on the episode of Criminal Minds I just watched.

Yikes, this date is so painful to watch. It’s like when they aren’t trying to swallow each other’s faces whole, they have literally nothing to say to each other. Wild.

Hannah jumps right in with the hard questions and starts grilling him about his Regina George status in the house and why he can’t make nice with literally anyone.

HANNAH: Can you explain why I see one side of you but the men see something else?
LUKE P.:

Did Luke really just say he’s beloved everywhere he goes? That is seriously something a sociopath would say. Or me, a bottle of pinot deep, explaining why I’m still single to my grandma at Thanksgiving dinner.

Hannah keeps asking Luke to explain his toxic behavior in the house, but in a way that is confusing for even me to comprehend. I think I understand what she’s trying to say: that she feels drawn to him, but then he opens his mouth and speaks like he’s reading a Hallmark movie script, and she’s immediately disgusted by him, but the way she’s saying all of that is v v confusing.

HANNAH: Please explain your toxic behavior.
LUKE:….
HANNAH: Did you hear me? I said DO YOU PREFER SPAGHETTI OR MACARONI AND CHEESE??

The blank stares Luke is giving her right now are absolutely priceless. Tbh, I wouldn’t be surprised if it was revealed at the end of this season that Luke is actually a robot built in a secret lab deep in the bowels of ABC studios, trained only to spit out platitudes and drink protein shakes. He just looks so confused when Hannah asks him to do anything else. Case in point:

HANNAH: I just want you to be a real human being and share your feelings with me.
LUKE P.:

Christ. You can practically see his circuits frying. Hannah, I beg of you, please send this guy back to the CrossFit basement he crawled out of. PLEASE.

And on that note, it looks like we’ll have to wait until next week to see if Hannah actually sends Luke P. packing. Until then!