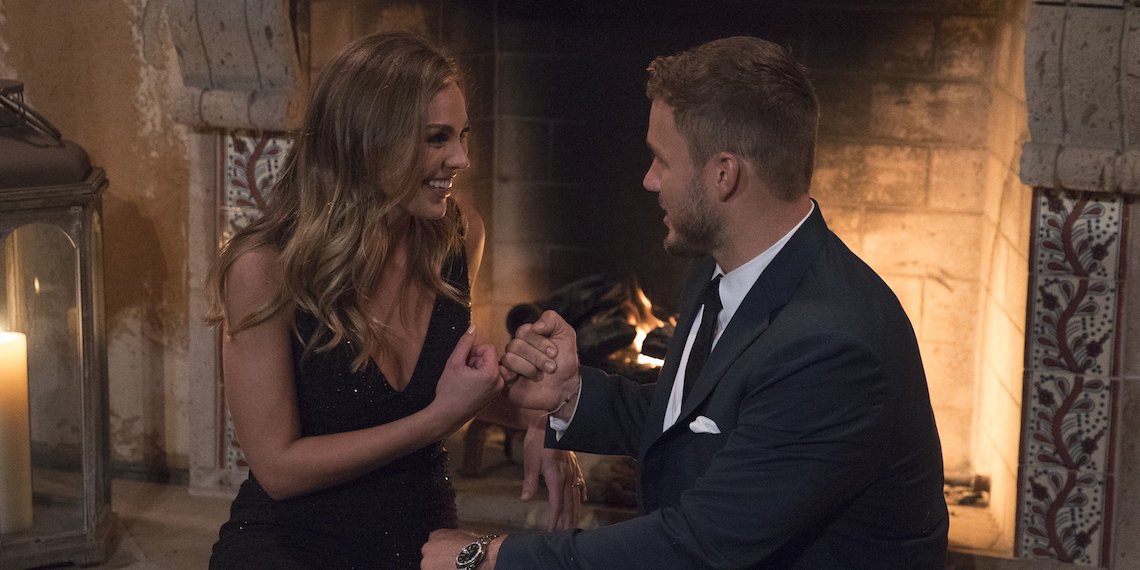 Welcome back, Bachelor Nation! For my New Year’s resolution I said I was done entertaining toxic relationships, but what do you know? I guess I’m back on my bullsh*t. That’s right, people, my most toxic relationship to date, The Bachelor, is finally back in our lives. I don’t know about y’all, but it feels like I’ve waited longer for this season to air than Colton’s waited to see a vagina. Personally, I can’t wait to watch Chris Harrison explain the birds and the bees in between rose ceremonies, but I hear that might not even be the most dramatic thing to happen on our screens this season! There’s already talk of a girl faking an Australian accent (among other things I’m sure), another girl whose tweets are more problematic than my grandma at Thanksgiving dinner, and footage of what appears to be Colton fleeing the Bachelor mansion during this season’s promo?? Damn, it’s good to be home. So let’s just dive right in, shall we?

Side note: I was not aware prior to sitting down three seconds before this episode started that it would be THREE GODDAMN HOURS long. I’m so distraught. If the people at ABC think that just because I’ve had 2-3 glasses of wine and am captivated by human train wrecks dressed in evening wear, that I’ll actually sit through 180 minutes of this bullsh*t then they’d absolutely be correct. Carry on.

Why do I have a strong feeling that the first hour is going to include some sort of crude sex ed class taught by Chris Harrison? Hmm?

Oh, looks like I’m mistaken. Instead of sex ed, ABC thought it was actually pertinent to show us Shirley’s sh*tty viewing party in Lansing, Michigan. I’d like to tell Chris about my viewing party. It’s me alone chugging rosé and NyQuil and mumbling about THE NERVE of them for dragging this out for three hours, but I digress. When will the ABC understand that it’s torture enough to even watch The Bachelor, let alone watch people watching The Bachelor?

I guess Chris Harrison finally feels like throwing us a bone, because he takes a break from interviewing Bachelor has-beens to actually show us some footage from Colton’s season. So kind of him. The camera rolls and we get our first look at the girls this season. You know, assuming you haven’t been Instagram stalking them since the day ABC released their names and faces. Some immediate thoughts I’m having:

– I already don’t trust Cassie the surf instructor/speech pathologist/ridiculously good-looking human. At some point she gets nailed in the face by a wave and her hair, makeup, and attitude remain flawless. If that’s not sorcery then I don’t know what is.

– Alabama Hannah is absolutely terrifying. She’s showing far too much enthusiasm for a guy who most definitely will not be able to find her clit the first few times they hook up.

– Heather is 22, beautiful, and claims she’s never been kissed before. I’m just not buying it. I have a feeling her idea of “never been kissed” means if you’re blackout then it doesn’t count. Sorry, hunnie, but if that didn’t work for me freshman year it sure as hell isn’t going to work for you now!

– Demi is making me Google the age restrictions for this show because she doesn’t even look old enough to be menstruating. Seriously, how old is this girl?? Also, her mom is a felon, a story which I’m sure will get her halfway through the season at the very least.

The camera finally pans to this season’s Bachelor, Colton Underwood, whose biggest trauma in life is that he is good-looking, but a virgin.

COLTON: I never expected to be the next Bachelor. I don’t know how it happened.

ALSO COLTON: *campaigns for it for over a year* *slides into ABC’s DMs every chance he gets*

We’re now 52 minutes into this episode and Chris Harrison is like “should we start the limo intros now?” YOU THINK? At this point, I’m three glasses of wine deep. I’ve seen an infant be interviewed, more footage of Shirley’s viewing party then I ever asked for, and two randoms get engaged BUT I HAVE NOT SEEN ONE GODDAMN THING THAT RELATES TO THIS EPISODE OF THE BACHELOR. I’m at the point where I want to strangle Chris Harrison with my bare hands.

CHRIS HARRISON: I’m bummed I have to work tonight and can’t just hang out with my Bachelor family.

ME: Well, Chris, I’m bummed you won’t get to the f*cking point of this show. We all have our crosses to bear.

Demi is the first one out of the limo and she looks about as cheap as I thought she would. She’s wearing some heinous yellow lace number that is most definitely from Forever21, and I know this because I considered buying it.

Elyse looks like she could be Colton’s babysitter, but it would not surprise me if Colton is actually into that.

There are so many virginity jokes tonight and it’s making me p uncomfortable. For example, Caitlin shows up with a giant cherry balloon and POPS IT in Colton’s face. Next up, is a grown*ss woman dressed as a sloth. She’s practically crawling toward Colton’s feet because she hears he “moves slow.” Is this the part where Colton sets himself on fire? Because I wouldn’t blame him.

Lol. Revian is like “my parents speak Mandarin so that’s going to set me apart from the other girls.” I’m sure that’s what your parents were hoping you’d take away from your culture.

Okay, what I would like to know is how these girls survive without eating? Because clearly none of them do. Don’t get it twisted, they’re gorgeous, but they’re soooo tiny. Like, is this what Colton asked for when the producers told him to describe his type? “I like girls that were in pageants, will talk about my virginity, and haven’t eaten since 1999.” Well congratulations, Colton, your future wife is definitely out there!

We finally make it to the cocktail party and I feel as if I’ve aged ten years. Every time Chris Harrison tries to check in on Shirley in Lansing, I can feel my life force being sucked out of me. Chris, I beg of you, just get to the episode!

Colton walks into a room full of blonde, 22-year-olds who are all “so ready to be engaged.” I’m the same age as Colton and the only thing I’ve ever been “so ready” for is a very long nap.

The self-proclaimed “Nut” just straight up asks Colton why tf he’s still a virgin. I love when he tells this story because it’s just so false. I just don’t believe that a young, blond, conventionally attractive PRO FOOTBALL player has never even seen a vagina before. Like, this is the most far-fetched thing The Bachelor has ever tried to sell me. And this whole “I didn’t have the time to date because football” is also ridiculous. He dated Aly Raisman for, like, a year and the honestly couldn’t find any alone time with her? WHAT IS THE TRUTH, COLTON?

Miss North Carolina gets the first kiss of the evening and it’s the first time in Bachelor history that a person from my home state hasn’t embarrassed me on national television. Bravo. I, mean, the bar was set at Jenna so it wasn’t real high to begin with, but still.

THIS SLOTH GIRL THOUGH. I will say her commitment to the part is admirable, though it’s making me want to shoot her. I think Colton gets the joke now…

Okay, I totally expected Catherine, the professional DJ and low-key Jean Ralphio of the season, to be p annoying, but all she does is talk about her dog and that would literally be me on this show. Unfortunately for Catherine, she commits the heinous offense of talking to Colton more than once and the other girls are piiiissed.

HAHA. Okay, I’m team Onyeka. I don’t like how self-righteous she is, but I’ll forgive her if she delivers more one-liners like that.

Onyeka confronts Catherine about talking to Colton more than once. She’s like “That’s not cool girl,” but then she hugs her? I’m confused. I’m guessing Catherine is too, because she immediately steals Colton again and I’m shamelessly hoping there will be a cat fight tonight. Anything not to have to see any more footage of Krystal and The Goose in that hot tub one more time.

Okay, these girls are livid. Onyeka’s like “What the hell? We hugged it out and everything.” Which is my argument when the random I met in the club’s bathroom decides to invite her actual friend into the stall with her and not me.

I don’t even have enough energy to do more than just give you the facts so here’s who stays and here’s who goes:

Colton chooses “I Popped Your Cherry” Caitlin, Miss North Carolina, and a girl who literally couldn’t even speak. I’m guess her neckline did all the talking for her. Other notable mentions: the never been kissed girl, Cassie, and the girl faking an Australian accent, who I didn’t even realize was on the show. Like, have we seen her at all this episode? There was so much hype around her and I didn’t even notice her entrance.

– Revian. Guess she’ll have to find another way exploit her culture.

And on that note, see you next week betches! Let’s hope week two isn’t as much of a giant waste of time as this week was. Tootles!