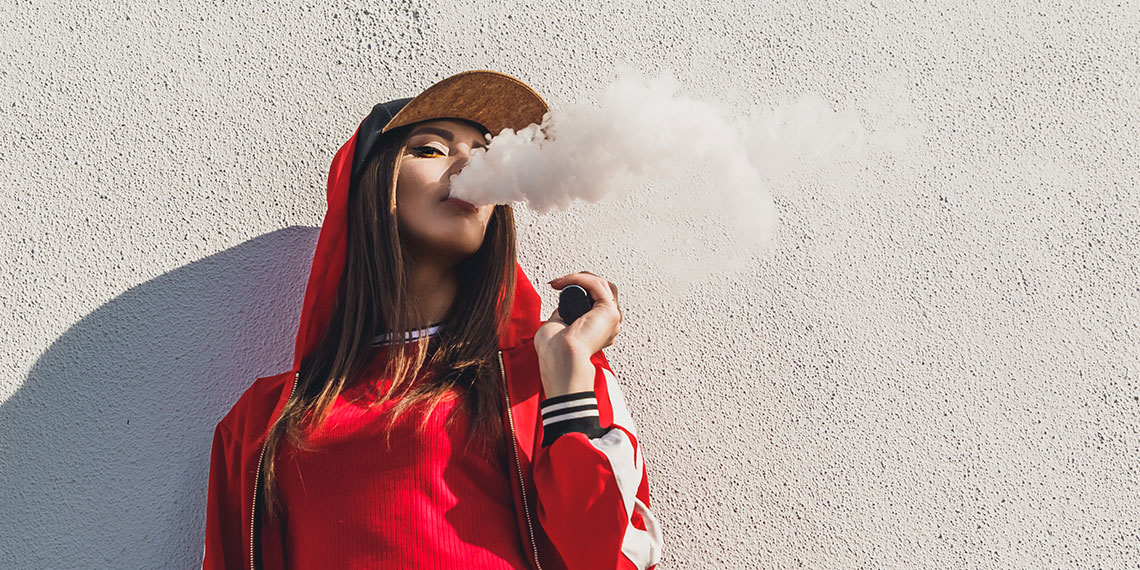 The Absolute Worst Wellness Trends Of The Past Decade

It’s no secret that we live in a society obsessed with wellness. According to one statistic, the global wellness market is estimated to reach $4.75 trillion in 2019. And while some wellness trends are genuinely beneficial, plenty are complete and utter bullsh*t. Read on for some of the worst wellness trends over the last 10 years.

It’s hard to believe that just ten years ago, millions of people thought they could outsmart common sense science and lose weight by remaining sedentary and holding an oscillating weight for a few minutes each day. *Sigh* a girl can dream. Despite the claim that the Shake Weight can provide a total upper-body workout “in only 6 minutes per day,” this is highly unlikely. What it will do is make the holder look like they’re giving a hand job to a disembodied robot dick.

The HCG Diet involves taking the hormone HCG, eating a 500-700 calorie diet (not a typo) and forgoing exercise altogether, all for almost a month. There’s way too much to unpack here. First, altering your hormones is far from casual and should be a larger decision made under the care of a doctor. But even without that element, the diet is absolutely insane. The average woman needs to consume 2,000 calories per day to maintain weight and 1,500 calories to lose one pound per week. While these figures are obviously not one size fits all, suggesting that a person should eat one-third or half that amount is not sustainable and frankly, is probably starvation. And no exercise at all? Something’s not adding up here.

Not even Smith Jerrod could convince me to try this farce of a diet. Adoptees eat a diet, usually only plant-based, consisting of completely raw (that is, never heated over 104-118°F or 40-48°C) and unprocessed foods. I could eat 100 pounds of raw carrots and still be starving, so I do not understand how this diet is sustainable for more than one meal. If that weren’t unappealing enough, experts say that all of the slicing and dicing required to prepare raw foods actually strips them of many of the nutrients that proponents of the diet claim are lost to traditional cooking methods. Hard pass.

I’m not here to ruin your good time on this one. In fact, I’m the first person to crave a cold, hard glass of Chardonnay after a moderately difficult grueling workout class. So why not save yourself the trip and have a one-stop shop in your gym? The issue is that alcohol decreases the level of glycogen in your muscles, which creates the energy the muscles need to repair and strengthen themselves, not to mention increase your metabolism. I guess there’s a reason most gyms don’t have a vodka fountain, and it’s because alcohol basically sabotages your workout. So as tempting as it might be to toss one back immediately after barre, opt for some water instead.

We all have that one friend who swears by hot yoga and insists that she “doesn’t feel like she’s getting a real workout” unless she leaves the class in a pool of her own sweat. Unfortunately, these hot classes can do more harm than good. While many hot exercise classes turn the heat upwards of 100 degrees, the American College of Sports Medicine recommends temperatures between 68° and 72° F degrees for athletic facilities. In other words, there’s really no reason to make the room that hot, except for the false perception that you got a great workout because you sweated out half your water weight. Then there’s the risk of dehydration, heatstroke, and heat exhaustion. I’ll stick with my normal temperature yoga, TYVM.

This list wouldn’t be complete without an entry from our favorite pseudo-medical professional wellness expert, Gwyneth Paltrow. In 2015, she recommended that women steam their vaginas, claiming “It is an energetic release—not just a steam douche—that balances female hormone levels.” The hormone claim is patently false. But that’s the least of the troubles with this bogus trend. First and foremost, the vagina doesn’t need help regulating itself. Second, steaming raises body temperature, opening the door for unwanted bacteria and yeast and poor lubrication. No thanks. And finally there’s the risk of, you know, burning your cooch. As with most things Gwyneth says, you should probably ignore this one.

Detox teas are yet another product of dubious efficacy shilled by celebrities and, in this case, Bachelor rejects, Kardashian-Jenners, and Real Housewives. Funnily enough, none of the #ads promoting these products show the user sitting on the toilet, even though that’s where these teas will take you. As we’ve explained before, detox teas are essentially liquid laxatives, and prolonged use can cause diarrhea, cramps, dysfunction of the bowels, and dependence on the laxatives. Yikes.

I’ve never really understood this one. The idea of drinking a black smoothie, or worse, brushing my teeth with black toothpaste never really held much appeal. I can kind of see where we went wrong with thinking this would be a wellness product, since activated charcoal is most commonly used in the case of an overdose because of its ability to absorb toxins. But as far as its detoxing properties go, there’s no need to use it to filter out toxins because we have kidneys and a liver to do exactly that. There’s also no clear evidence that it whitens teeth, clears acne, or controls odors. Even worse, it can reduce the effectiveness of certain medications. So basically, it makes you look demonic in pictures and that’s about all we can guarantee.

Continuing the theme of completely unnecessary detoxing procedures is colonics, popularized by, you guessed it, the GOOP-meister herself. Colonics are procedures that flush your colon with water in an effort to detox the body. As we’ve covered above, our bodies are more than capable of purging themselves of toxins without any outside help. In addition, colonics can cause cramping, vomiting, electrolyte imbalance, rectal tears and even death. Just a few more reasons to spare your butthole.

Despite the douche factor, as vaping began trending, it was thought to be a healthier alternative to smoking. And when used as a means to quit cigarettes and other tobacco products, it may be effective, though it hasn’t been approved by the FDA for this purpose. We are, however, starting to see its risks. Just a month ago, a study found that Juul e-cigarettes deliver nicotine similarly to regular cigarettes. Considering that teenagers are some of the biggest users of e-cigarettes, this raises the concern that e-cigarettes are creating a whole new customer base of nicotine addicts, some of whom will eventually either turn to regular cigarettes or supplement their vaping with smoking. Then there’s the potential link between vaping and lung disease, and the instances of people who have ended up in the hospital because of vaping. While there’s still a lot we don’t know, it’s safe to say that vaping is far from the miracle it was originally thought to be (and still incredibly douchey).

If this list is any indication, our collective obsession with wellness, no matter how absurd, will continue for many decades to come. What other ridiculous wellness trends have you noticed over the past decade? Sound off in the comments!