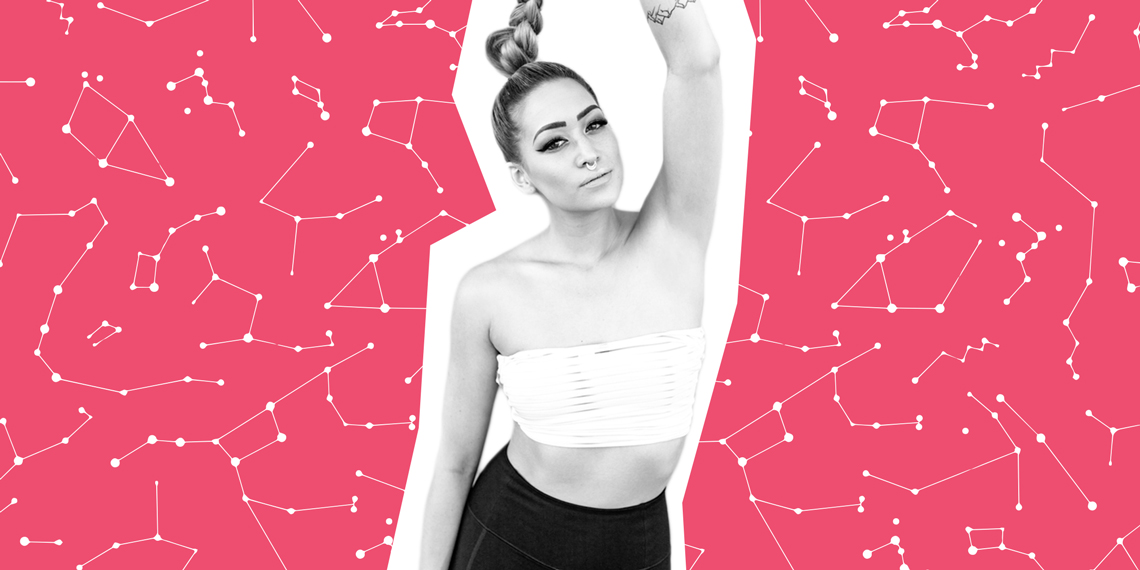 Mercury is still in retrograde in Leo until August 18. For most signs this week it means you’re cursed to run late, forget appointments, and have your iCloud crap out and delete all of your contacts. It’s best to leave early, keep your schedule loose, and download a podcast or six in case theres a transportation snafu and you’re stuck somewhere for a long time with nothing to do. Here are your weekly horoscopes for July 30-August 3.

It will be hard to sync schedules with your friends this week. That really sucks, because you’re dying to connect with them about all the shit that’s gone down while Mercury has been in retrograde. Everyone is busy trying to squeeze in final summer trips and activities, so give your friends a break. They’re not being flaky or ignoring you; they’re just living their best lives and you should too so you have something to contribute when you all meet up and someone inevitably asks how your summer has been.

The Moon traveling through Pisces this week will ignite your intuition when it comes to social matters. You’ve been having a weird feeling that something is up with a friend, but know one seems to know anything about it. Follow your gut until you get to the truth. You might just have to call said friend out. Remind her that in the summer time, no one likes a shady beach.

Mercury is your ruler, so if you work things right, you can use its retrograde to your advantage, especially when it comes to work. While most signs appear to be stuck in a rut, you should harvest Mercury’s backward motion to double-check your work and the work of others. Maybe you’ll discover Jim in accounting made a huge mistake that could have cost your company thousands. By taking a second to go back over it, you’ll be a hero. Jim might hate you, but your boss sure won’t. Sorry, Jim.

Your emotions are supercharged right now. The intensity you feel, though, is definitely out of whack with what’s actually happening. So, if you sort of feel like you might be overreacting, you definitely are. Your date being a minute late to pick you up because he got stuck in traffic doesn’t mean he doesn’t respect you. Your friend having a party on a day you can’t go doesn’t mean she’s trying to sabotage you. MTA isn’t out to get you because the train is late. Damn girl, chill out.

You feel like you’re trying really hard to get along with people, but you can’t stop yourself from showing your ferocious Leo side. The Moon traveling through Pisces is heightening your sensitivity to the outside world, which can set you off quickly when you encounter a person or situation that causes you stress. Do your best to avoid the people who are likely to annoy or anger you. Yeah, mom, I saw your text about how I looked chubby in my last Insta, but I’ll call you back when Mercury isn’t in retrograde.

Like Gemini, you’re also ruled by Mercury. This puts you in an interesting position. You can let this retrograde ruin your life, or you can harness the energy into something that benefits you. Since this retrograde occurs in a hidden part of your chart, working on a secret project or keeping a love affair low key will serve your interests best until the planet starts rotating regularly again August 18. Use this reasoning to explain to your guy why you haven’t posted an Insta of you two together yet.

For some signs, Mercury in retrograde keeps them from being able to socialize. For the Libra betch, it makes you even more popular. It’s almost like your charming personality is what’s going to get you in the most trouble this week. What I’m saying is, if you’re late because you stopped to get coffee on the way to work and flirted with the barista for too long, just blame the retrograde. I’m sure your boss will understand.

Since Mercury in retrograde is happening at the top of your chart, it’s likely to bring up old shit from the past. Not just old flings sending you the “I miss you” text, either. Old issues you had with authority figures, bosses, or your parents will reemerge this week, seemingly out of nowhere. This is your chance to look at these past situations with more wisdom. From there, you’ll be able to move on. You know, like, maybe you should actually fill out your bi-annual self-evaluation instead of ignoring it until HR comes looking for you.

The Moon traveling through Pisces in your home sector offers a glimpse into your family relationships. This makes sense since Mercury in retrograde is likely to stir up sh*t from your past and present. Therapy or a good chat with a friend will give you the realization that you’re so screwed up because of something from your childhood. Like that time your brother told you that you were fat while eating s’mores and now the idea of camping makes you want to die. You know, something like that.

Since Mercury in retrograde has a habit of bringing up stuff from the past, you might as well put that to work by completing the tasks you’ve been putting off for too long. Whether you need to renew your passport or get your car serviced, it’s time to take care of the stuff that becomes a way bigger inconvenience when it’s too late. You could meet the man of your dreams who wants to fly you to Marbella tomorrow, but if your passport is expired you’ll be SOL with only yourself (and Mercury) to blame.

Sorry Aquarius betch, Mercury retrograde in Leo is opposite your sign. That guarantees hearing from ex-partners and old friends. The bright side is this could bring you some closure. Maybe you’ll find out why that guy you really liked just ghosted. Maybe a former friend will admit why she’s been so pissed at you. Get whatever you need to get over it and then get out. That is, unless sleeping with someone one last time gets you closer. In that case, do what you gotta do, boo.

Mercury in retrograde combined with the Moon traveling through your sign awakens your empathy for just about anyone or anything that crosses your path. Your sensitivity will skyrocket. Avoid your triggers that make you really emotional or vulnerable. So maybe don’t look up those old ASPCA Sarah McLachlan commercials unless you want to end up adopting a million cats and dogs from the shelter. It will seem great at the time, but when August 18 rolls around, you’ll have some major adopters remorse and probably a rug stained beyond repair.