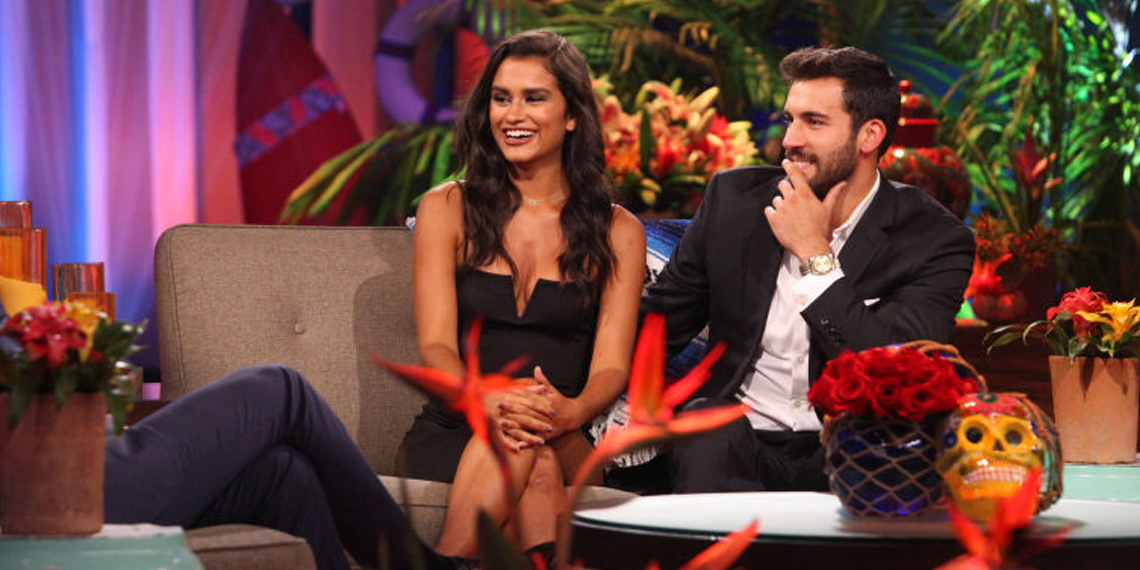 Taylor Nolan And Derek Peth Broke Off Their Engagement

Breaking news hit Bachelor Nation today, as Taylor Nolan and Derek Peth announced that they’ve ended their engagement and are going their separate ways. Guys, help. I’m trying so hard not to make a “trouble in paradise” joke right now, but how can I not? After meeting last season on Bachelor In Paradise, Taylor and Derek were basically inseparable, and he proposed to her at the end of the season. Unsurprisingly, getting engaged mere weeks after meeting on a reality show is not the formula for a lasting relationship. I am shocked?

They announced the split in a joint statement to E! News:

“It is with much sadness that we have decided to end our engagement. We put everything we could into our relationship and are heartbroken to go forward separately, but we know this is the best decision for the both of us. We will still be present in each other’s lives with support, admiration and respect for each other.”

This statement really tells us nothing, which is disappointing but I also respect that they’re keeping the drama private. @Ronnie from Jersey Shore, take some notes. No matter how you felt about Taylor and Derek together, the split really isn’t all that surprising. As previously mentioned, they got engaged weeks after meeting on a reality show, and also neither of them had posted about the other in almost a month. This relationship probably just ran its course, and they got engaged way too soon.

And with that Instagram, I relive the hazy memories of Taylor Nolan and Derek Peth at the Betches Meme Gala. Good times, good times. Going through a breakup is always hard, but I have a feeling that both of them will be okay. Taylor is still only 24, so she has plenty of time to get back out there and live her life. Derek is 30, so like, it’s far from over for him too. Actually, maybe it’s not too late to get one or both of them on the upcoming season of Bachelor in Paradise? I’m sure Chris Harrison is making some phone calls as we speak.

Best of luck to Taylor and Derek in whatever they do next, but I just have one question. Who gets the $50,000 Neil Lane ring? Can I have it?