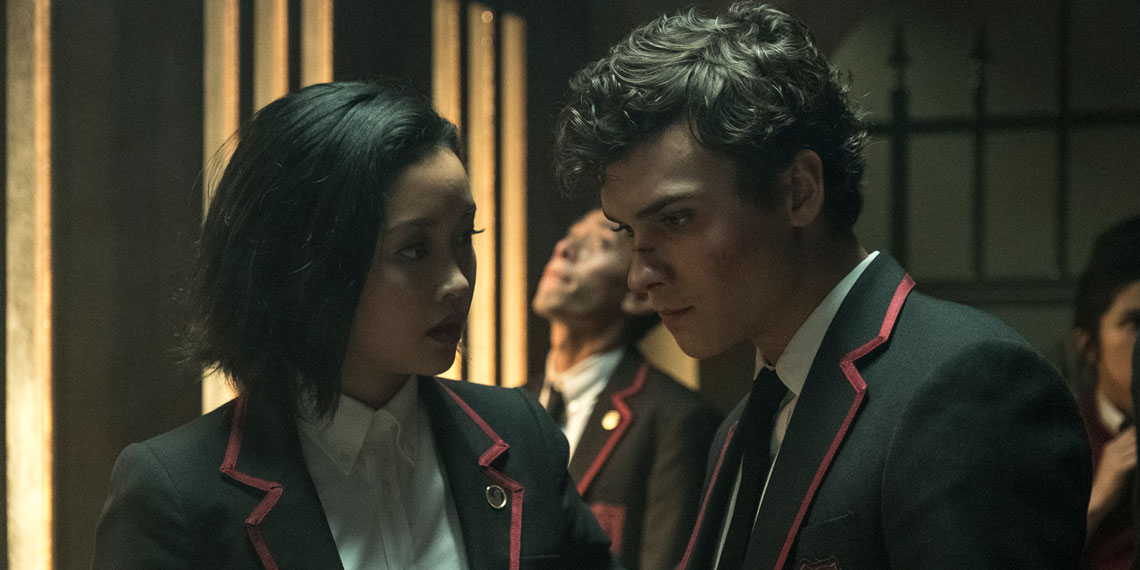 We’re all going to be making big changes to our lives come January. Maybe you’re going to try out keto. Maybe you’re going to take your makeup off every night, even when you get home late. Let’s be real, no matter how hard you try, you’ll give up on your diet and beauty regimen after like, a week. But here’s a resolution you can commit to: watching a new TV show. And we know just the one: SYFY’s Deadly Class, premiering January 16th at 10pm/9c.

Honestly, the best way I can describe SYFY’s Deadly Class is that it’s like Hogwarts, but for murderers instead of wizards. I know, right? Sold. End of article. I don’t need any more convincing.

Deadly Class stars Benjamin Wadsworth from Teen Wolf, Benedict Wong from Doctor Strange, Lana Condor from To All The Boys I’ve Loved Before, and a bunch of others. Set in the 80s, it follows Marcus (Wadsworth), a teen living on the streets who is recruited into Kings Dominion, an elite private academy where the world’s top crime families send their next generations. But this sh*t ain’t no walk in the park—remember how I said these kids are killers? Yeah, that also applies towards each other. It’s basically all the melodrama of high school mixed with a very real kill-or-be-killed mentality.

Check out this trailer of Deadly Class below. And then keep watching it on repeat until January 16th because you can’t get enough… or maybe that’s just me.