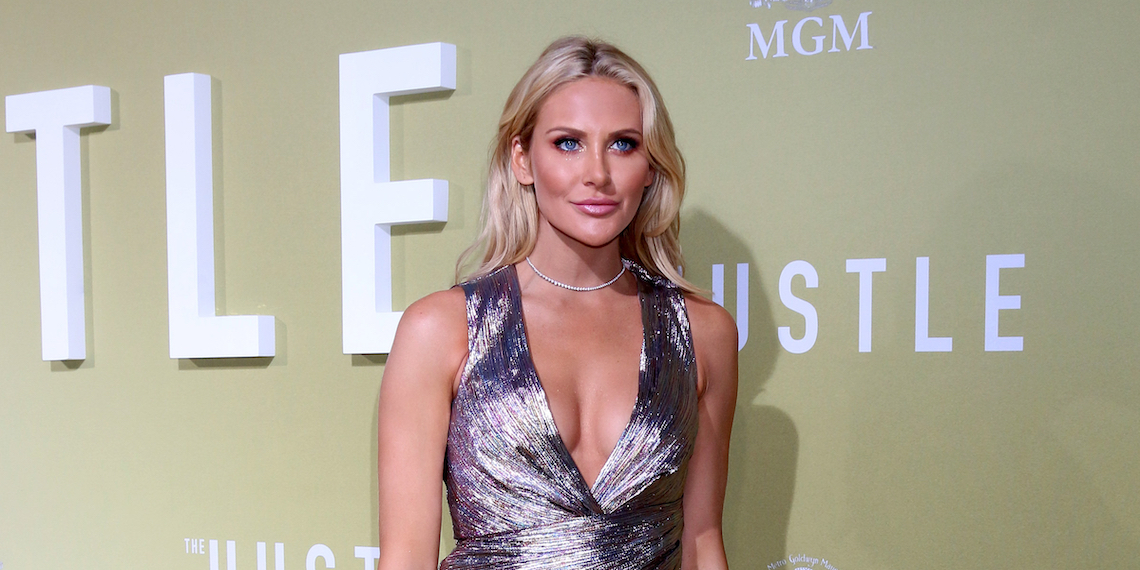 Is anyone else watching The Hills: New Beginnings this season? Because it certainly feels like it’s just me and my one coworker talking about Justin Bobby’s eyeliner every Tuesday morning. And it certainly feels like I’m the only one who wakes up in the middle of the night gasping, “but where was Whitney?!” But surely, surely, MTV wouldn’t keep a show on the air solely for my enjoyment and nostalgia, would they? If they are, that’s like, so sweet, but I think they might need some extra drama to hook a few more viewers in order to keep season 2 afloat. Enter, the Pratt Family.

After this week’s episode, Stephanie Pratt took to Instagram to criticize her costars, and drag up the good old “Heidi and Spencer said LC made a sex tape,” rumor. Let’s take a look at the unabomber’s manifesto her post:

Drama follows me ?‍♀️ lolz I’m drained from this year. So happy to be back home in London, where evil siblings don’t exist… but instead the MOST lovely people in the world- you guys are my family these days. I am so grateful, it makes my heart hurt ??Thank you for making me feel like I belong somewhere ?(Spencer often screamed that everyone hates me, is fake nice to me and to go back to London because no one wants me here). ?? omg and Heidi- I have no words for how evil you truly are- you had no choice to admit all of the lies you’ve been spewing about me was for a magazine cover ? and for real WE ALL KNOW WHAT YOU DID 10 years ago. You awful human being- and to your BEST FRIEND? You are truly a hideous person. No wonder you don’t have 1 friend (your nanny doesn’t count- you pay her). @justinbobbybrescia you were my rock the entire series- I love you & thank you. PS: spoiler alert… we NEVER hooked up. Audrina is crazy ?? like you dated this guy ten years ago… you married someone else & have a child with him! And-As if you liked Justin!! you were dating someone off camera!! ?(the guy u went on a blind date with the night after the festival)! No one plays a better victim than you ?? (OMG you actually should go into acting)!!! Ughhh and all the months you spent trying to get all of the girls against me… I mean thats Speidi’s job!!! Truth: I did not watch last nights episode Bc I didn’t want to re-live my “friend” attacking my character & making up lies about me when I have ALWAYS been a good friend to you. (You should watch the original Hills for a memory refresher) I am still utterly shocked & hurt you did this to me for camera time. I will always be honest, I’ve been on reality tv for 11 years straight… I can’t be anything except straight up REAL. I have no interest in being fake, pretending my life is perfect. That was my #PrattCast recap LOL. I love you all & need your support to get thru the struggles- thank you a million times over ? Are you guys enjoying the series?! ?CONGRATS @mtv for for a series 2!!!! ??? love you guys!! ? Ok time for a nap, literally what an exhausting year ?‍♀️#hibernationmode in full effect ?? KEEP IT ?

Normally I can’t be bothered to read a post this long, because my attention span has shrunk alarmingly since the invention of the iPhone (thanks, Steve!), but this is juicy, so I’ll break this down for you. Stephanie says she is back in London where evil siblings do not exist (ah yes, because that sh*t going on between William and Harry is because they’re being too nice to each other), and then goes on to say that Heidi is evil, only talks about her to get in magazines, and that yes, she is responsible for the sex tape rumor. Newsflash: no one cares anymore, Steph!!!

She also says she and Justin Bobby never slept together, and I’m sure that’s *technically* true, because Justin Bobby, a 37-year-old man who attends desert festivals clad entirely in leather, calls it “vibing.” Finally, she claims that Audrina knows that she didn’t vibe with Justin, Audrina had a secret boyfriend outside of the show, and that this “attack on her character” was all done so Audrina could get more screen time.

As my therapist would say, this is something you should write in your diary and not put on the internet. And this is where I get suspicious. In the comments, Stephanie claims that she will not be returning for season 2. But why are you bringing up all this sh*t on Instagram, if not to push your dramatic storyline into the following season? I guarantee you she will eventually sign on, and we’ll get a million stories about how she’s reluctant to go on the show and confront Spencer and Heidi after this attack post. THUS GETTING HER MORE MEDIA ATTENTION AND AIRTIME!! Does anyone else agree with me, or have I just watched too many YouTube conspiracy theory videos in the middle of the night?

It also appears that Heidi responded to Stephanie’s vitriol on her own prayer and scripture-dedicated Instagram account (no, you didn’t just have a stroke, yes this is something that exists):

“Don't be hateful to people, just because they are hateful to you. Rather, be good to each other and to everyone else.” 1 Thessalonians 5:15 ? Thank you Jesus, I needed this word and guidance. ?? Deliver and help us Lord. ??

So Heidi just used Jesus to tell us she’s better than Stephanie. Just how He wanted his teachings to be implemented! He would be so proud! But just in case He’s not, I’d watch out for lightning strikes for the next few days, Heidi.

TBH I still don’t really understand what Spencer and Stephanie are fighting about. This season, Stephanie mentioned that Spencer and Heidi didn’t tell her when her nephew was born, but in my opinion they really saved her a lot of trouble. I have visited numerous newborn babies over the last few years, and they all look like blobs, and you can kill them very easily by holding them wrong. It’s terrifying. Count your blessings, Stephanie. This just seems like they’re rehashing the same old made up drama, only now Stephanie has an entirely new face, no?

I guess we will have to wait and see what happens with the rest of this season, and if Stephanie *shockingly* decides to show up for season two. In the meantime I’ll just be over here patiently waiting for Spencer to send me a Pratt Daddy Crystal (I’ll review it Spencer, I promise!).