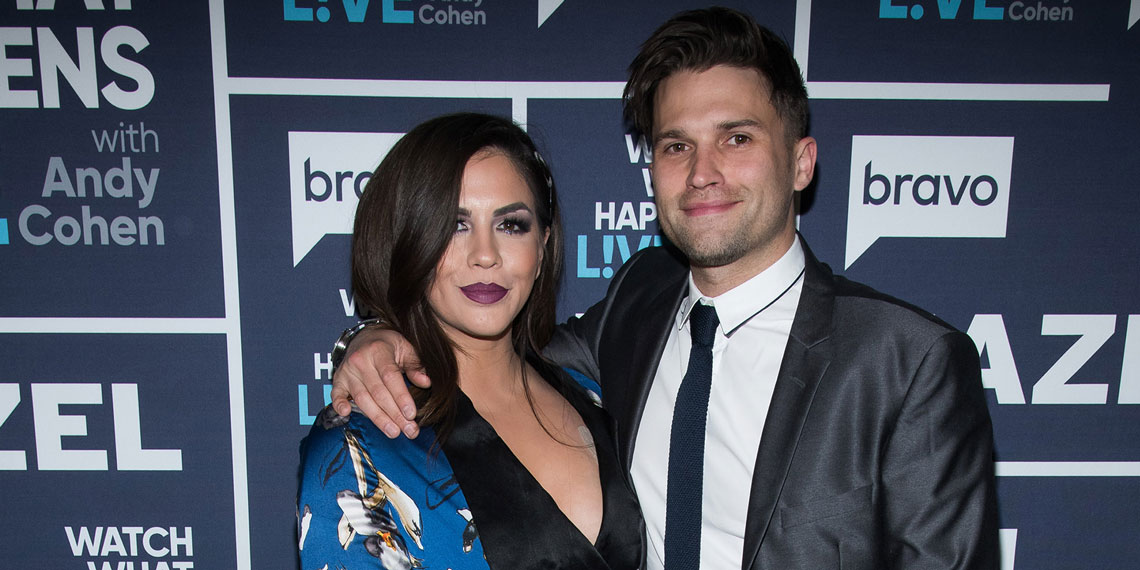 For the past few weeks, one question has started to haunt me as I watch Vanderpump Rules. No, not “why am I still watching this drivel” (though that’s a close second). Instead, I’m increasingly concerned about Tom Schwartz and his drinking. Don’t get me wrong—I understand that this cast is pretty much contractually obligated to get shitfaced on camera. And I also know that drunken live footage is universally unflattering, and that’s why I don’t let my friends post Insta stories anymore. But even so, Schwartz has been toeing the line between occasionally sloppy party boy and straight-up hard to watch. I did a little digging to see how worried we should be about Schwartz’s drinking.

TBH my memories of early Schwartz are as follows: dry spell, panic attack, afraid of commitment. So let’s skip ahead to last season, for which Schwartz was problematically drunk roughly 90% of the time. Notable drunk moments include Schwartz screaming at Katie and calling her a bitch on their pre-wedding Vegas trip, vowing not to go through with the wedding, and then waking up as though everything was completely fine. Also, let’s not forget how so many of these drunken pre-wedding fights began. Schwartz cheated on Katie with a girl in Vegas (a VPR rite of passage, I guess). You can take a guess as to whether alcohol was involved there too. Overall, Schwartz came into season 6 with a definite reputation as a heavy drinker. But for obvious reasons, the viewer’s focus was less on his drinking and more on why TF the wedding wasn’t cancelled.

Part 2: Tom “I Have No Recollection Of That” Schwartz

From episode 2 of this season, we were seeing a whole new side to drunk Schwartz. Namely, we see Schwartz doing what you do every Friday night and calling up his bestie Jax and sobbing about how he has no idea what he’s doing in life. Relatable? Yes. But also a conversation that makes you hope Schwartz is getting a redemption arc this season, starting by sobering up. We get the opposite.

Starting in episode 4, drunk Schwartz drama starts to really heat up. Lala shares with the group that (married) Schwartz made out with her friend a few weeks ago. Schwartz doesn’t remember this, but doesn’t really claim it didn’t happen, either. He seems to find this a sufficient explanation to his wife. Even more troublingly, when Katie responds to the incident with reasonable rules like “stop taking shots” and “this is the last time you’re using ‘I have no recollection’ as an excuse,” he acts like she’s putting him on house arrest. Uh, no. Even if you weren’t making out with random girls when you got blackout, that’s still a perfectly reasonable request. In true Schwartz form, FYI, he chases with conversation with a round of absinthe shots.

I’ll spare you the details of every time we see too-drunk Schwartz fucking up, but here are the highlights. Katie continues to plead with him about his drinking. Schwartz continues to tell her to fuck off and refer to their marriage as a prison sentence. Gradually, the marriage dynamic improves, but the drinking doesn’t. One night, he gets so wasted he can’t make it home. Another, he’s drinking straight from the bottle at 3am the night before an important TomTom meeting. (He of course shows up late and reeking of alcohol and possibly tweaked out on coke.) In Mexico, Schwartz reaches the height of sad-drunk aesthetic. He’s mainlining tequila, he wanders into a different resort, he nearly pukes in a golf cart, and he tries to get Kristen and James  to ride bikes with him at 7am. If that isn’t the saddest lost-drunk-boy thing you’ve ever heard, IDK what is.

Part 4: Comments From The ‘VPR’ Cast

The couple spoke to US Weekly back in January, when Lala first aired the rumors of Schwartz’s post-marriage makeout. When asked directly whether he has a drinking problem, Schwartz vehemently denied it. (The direct quote here is “I don’t have a drinking problem, I’m not in denial or anything.” Which like…no one had asked whether you were in denial, but now that you mention it…)

He goes on to admit that he has “a tendency to push to the extreme” and that he’s “got to chill with the shots.”  Katie, while standing 100% behind her husband in a way that’s somewhere between heartwarming and enabling, chimes in with her very real concerns here too. “I don’t want to have to worry about his safety,” she says, adding that it’s “really serious if you’re black-out drunk and know what has happened.”

Admittedly, most of my weekends could be classified as “really serious” by that measure. But Katie, in pointing out her genuine fear for his safety, is pointing to something a little darker. In Mexico, Schwartz slurs reassurance over and over that he’s fine. Katie no longer even tries to make him a presentable companion, or bothers getting annoyed. “You didn’t know where you were,” she tells him. “That’s not fine.” And when you’re speaking to your 35-year-old husband, that’s absolutely correct.

Before I wrap this up, I do want to mention that I think Katie’s been an absolute angel this season. And if Schwartz is struggling with his drinking as much as it appears, I’m truly sorry for them both. Ever since Schwartz was weeping in the corner of Jeremy’s birthday party, I’ve had a nagging fear that seems to keep coming true every episode. Even though Schwartz seems at the point with his drinking where he can tell that it’s making him unhappy, and even actively tries to stop (like in Vegas), he doesn’t seem to be able to. I hope he’s faring better in his off-camera time, and I hope that Lisa maybe stations him somewhere other than the bar for his work at TomTom.