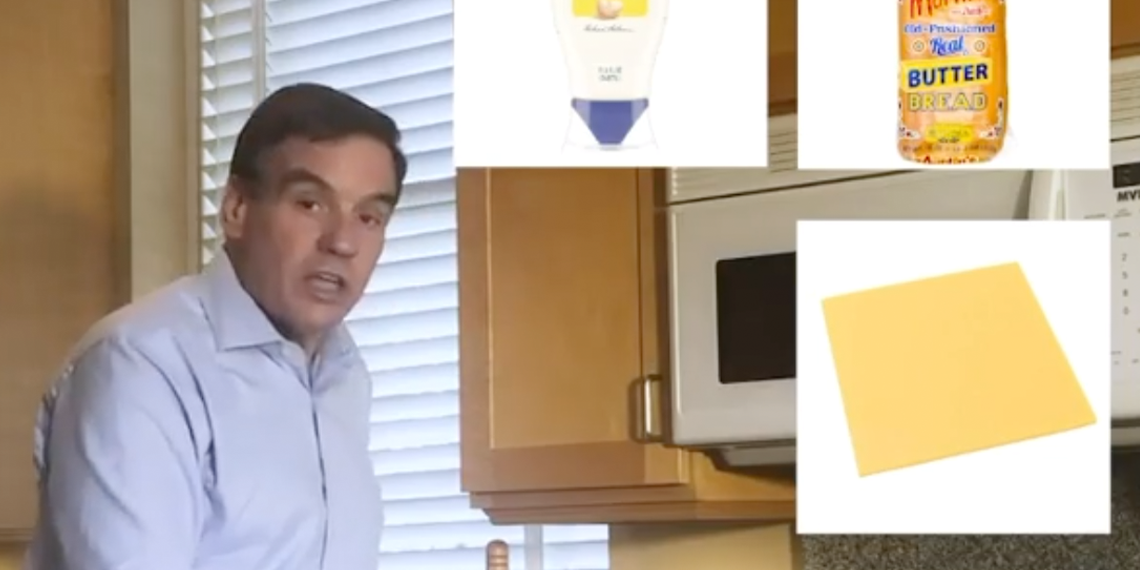 I never thought I would say this, but a new video has been released during the coronavirus quarantine that made me cringe even harder than Gal Gadot’s embarrassingly tone deaf “Imagine” sing-a-long. What on Earth could be more devastating than a bunch of rich celebs trying to heal everyone by singing off-tune in their mansions, you may ask? A senator making the most horrendous tuna melt sandwich I have ever seen on Instagram Live. That’s what, b*tch.

Okay. So. First, mentally prepare yourselves to be repulsed.

Great, now let’s dive into this nasty tuna melt disaster. Democratic senator Mark Warner of Virginia decided it was time for him to give back to the community by sharing a recipe from his past that he apparently still eats all the time. Great. How very wholesome. However, the “recipe” is for a tuna melt, which is honestly fine by me. I don’t mind a good tuna melt if it’s done right. This was not done right, fam.

My daughters won't eat them anymore, and my staff tried to stop me from sharing this quarantine delicacy with the world. Fortunately for you, they were OVERRULED. So here it is, my soon-to-be-world-famous Tuna Melt.

My daughters won’t eat them anymore, and my staff tried to stop me from sharing this quarantine delicacy with the world. Fortunately for you, they were OVERRULED. So here it is, my soon-to-be-world-famous Tuna Melt.

A lot to unpack here. His daughters and staff had tried protest this abomination, but to no avail. As they say, if everyone who loves you tells you you’re making a bad decision, go ahead and go for it! Has been working for me re: my dating life for years! Also, absolutely obsessed with him calling this his “soon-to-be-world-famous Tuna Melt.” Gorgeous. No notes.

Ok @MarkWarner we need to talk. That’s too much mayo dude. Where is Lisa? I love your effort…but…. https://t.co/Fnuvg5bHhQ

Next, the senator opens his can of tuna, which he notes is his preferred brand of Chicken of the Sea (he and Jessica Simpson both). Then he does.not.drain.the.tuna. Nope. He just scoops it right onto the bread. I…

Next up is cheese. This is fine. He chooses some mediocre cheddar, declaring proudly that he’s a “two slice man.” Whatever.

This man is claiming his sandwich should be world-renowned, and he is cooking it in the god damn microwave. Not even toasting his bread. He is microwaving tuna fish!!!! That is a war crime.

And this, my friends, is why going live on Instagram should be illegal.

Want more news like this? Sign up for Sup’s daily newsletter to laugh (instead of cry) about the news.