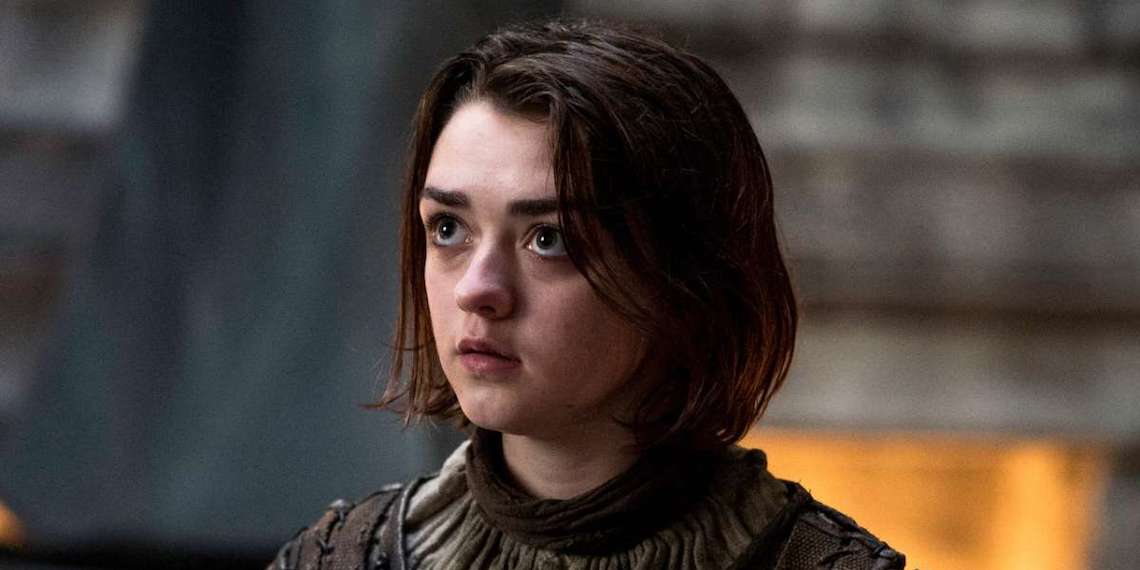 The final season of Game of Thrones is upon us, and I’m sure you’ve all seen plenty of predictions, questionable spoilers, and lame people complaining about how they don’t care. But there’s one issue that hasn’t been getting nearly enough coverage, and it’s time to address the most important Game of Thrones question: which character has the most Big Dick Energy? 2018 was the year of BDE, and honestly, it’s not going anywhere. Whoever wins the iron throne is irrelevant, but whoever has the most BDE…now there’s a reason to bend the knee. Move over Pete Davidson, because winter is coming.

Lyanna doesn’t have a huge role in Game of Thrones, but anytime she is in a scene she is exuding big dick energy. She’s a literal child who rules her house like a boss, and grown-ass men respect the hell out of her. She’s a no-nonsense bitch, and she’s got the BDE to prove it.

It’s been heavily implied that Tyrion is well-endowed, and the energy of his endowment matches the size. He can drink anyone under the table, has a witty comeback to everything, and to put it bluntly: this guy f*cks. Big dick energy for a big dick’d man.

The first thing we learn about Ygritte is that she’s very good at making fun of Jon Snow for being a virgin who can’t murder her. Love that. She also teaches Jon Snow how to eat pussy, for which I deem her a BDE legend. Plus, she brought us the line, “You know nothing, Jon Snow.” And for that we are eternally grateful. May Ygritte and her BDE RIP.

Lord Varys may be missing his member, but he has the dick energy of a man with a 12-inch shlong. He always has to tea to spill, and he does so very strategically. He’s a messy bitch who lives for drama, and he’s always playing games. That sh*t takes a lot of energy–big dick energy, that is.

This dude goes around murdering people for like, no apparent reason? Kind of a dick move, but also a big dick move. Guy gives zero f*cks. Like, he literally came to slay.

Dragons can fly, breathe fire, and are generally terrifying and beautiful. This is the big dick energy that Westeros deserves.

She is the mother of dragons, need I say more? I don’t need to, but I will. Daenerys started out as a servant-bride, who then simultaneously rebirthed herself and three dragons by surviving a fire, and continued to casually gather a massive army of soldiers who have all bent the knee to her as their queen. Swing that big dick energy around, girl.

Cersei has two modes: drinking wine while arching her brows, and mercilessly murdering people with a smirk. That makes her a giant bitch with massive dick energy. Sure, she f*cks her brother, but she is also a woman in a man’s world who has managed to rise to the top by outsmarting everyone at every move.

From the moment Olenna Tyrell walked on the scene, talking about cheese in her gorgeous headdress, we all knew we were dealing with a goddamn queen. Pretty much every line she delivered became an instant meme, as she was never not dishing out blunt insults and witty wisdoms. And she did so right up until the iconic moment that she died, when she used her last moments to talk shit about Cersei, and then calmly tell Jamie Lannister that she killed his son, right after he had decided to grant her a painless death via poison. That right there is peak BDE.

Let’s be real, any girl who has a list of names of people to murder has the most big dick energy of all. Her entire life since the series began has been dedicated to seeking revenge via murder, so like, she might be a sociopath, but we know for sure that she is a BDE queen. Remember when she cut up two of Walder Frey’s sons, fed them to him in a pie, slit his throat, carved off his face, and used it to disguise herself as him, and then slaughtered the entire House Frey? Yeah, there isn’t a ruler out there big enough to measure that dick energy.

So these are the official rankings for now, but we’ll be watching carefully throughout Game of Thrones season 8 to see if anything changes. Maybe Jon Snow will suddenly stop being a little bitch, or maybe Dany will do something to really annoy us. Who knows? This sh*t is about to get crazy, and I can’t wait to see it all go down.